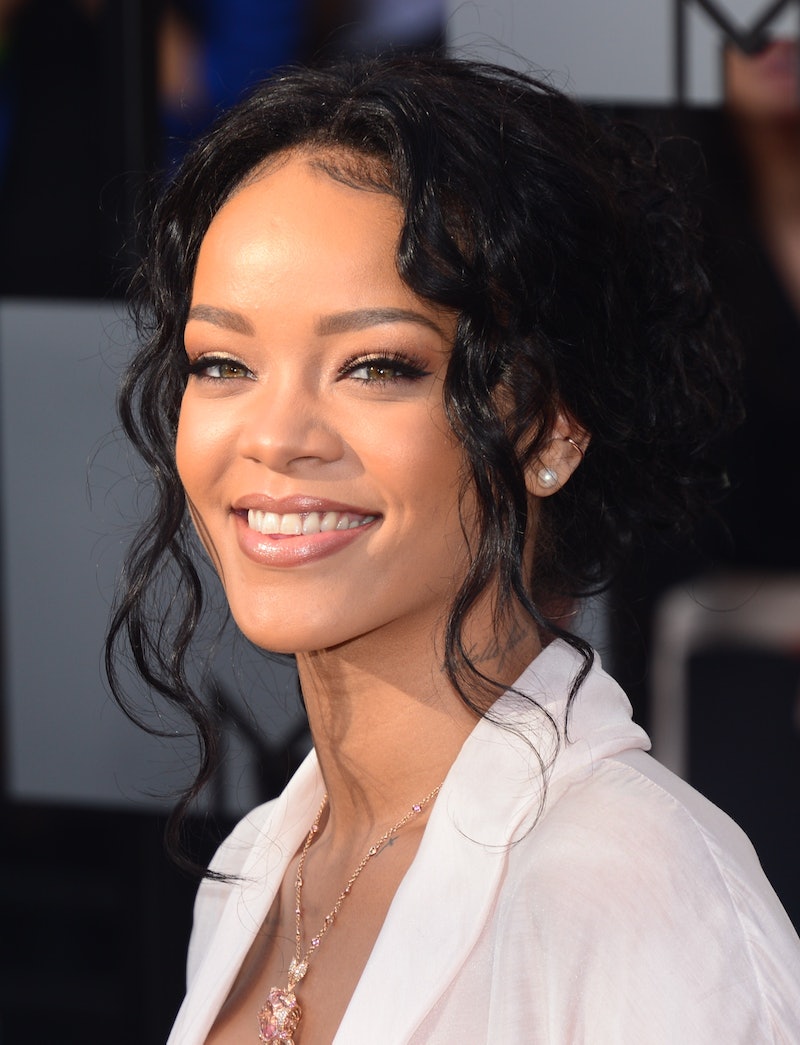 Let's face it: Some Hollywood relationships make more sense than others. Angelina Jolie and Brad Pitt? Of course they're married. They're both beautiful and perfect for each other. Jennifer Lawrence and Chris Martin? That one came totally out of left field. Rihanna and Leonardo DiCaprio? That coupledefinitely fits into the left field category. Since the rumors first began that DiCaprio and Rihanna are dating, the legitimacy of their relationship has been kind of confusing.

Don't get me wrong — I'm not saying they don't make a good pair, they just make an unexpected pair. It's kind of odd that their paths would even cross to begin with, especially because of their 14-year age gap. And now is as good a time as any to get down to business and figure out whether DiCaprio and Rihanna are actually a thing, because if they are, I totally need to readjust my favorite celebrity couple rankings. Well, that, and if we don't figure out the truth soon, I'm about fourfiveseconds from wildin'. Whatever that means.

There's only one way to crack this mystery: sort out the rumors piece by piece to figure out if they're true or not. Ready? I'm onto you, DiCaprio. I will break this case wide open.

According to Us Weekly, Rihanna and DiCaprio attended a Paul McCartney concert together over Valentine's Day weekend, where they were spotted "standing very close to one another as they took in the music and slipped out quietly together halfway through the show." There are photos of them leaving the event, so they were both in attendance — and it makes perfect sense that they both would be at a secret, high-profile show, especially because of Rihanna's recent collab with McCartney. However, there aren't pictures of them actually there together (that I can find, anyway) and don't most people have to stand close to each other at a crowded concert?

Rihanna's Using All Her Game On DiCaprio

According to what sources close to the "couple" are telling Dish Nation:

Leonardo and Rihanna are getting very close, and she just adores him. So much so that word among her friends is that she has her sights set on him becoming her boyfriend. Rihanna is no shrinking violet and unlike many of Leo’s model girlfriends she’s got "a lot of game" to keep him on his toes. They have been together at parties and even spent time alone at friends’ holiday apartments in St. Barths.

You know what, anonymous source? You're right. Rihanna does have a lot of game. And they have been together at parties. And we all have our sights set on DiCaprio becoming our boyfriends, so this checks out.

DiCaprio's About To Meet Rihanna's Family

And now, here comes Hollywood Life, assuring us that DiCaprio and Rihanna are a thing because DiCaprio's planning a trip to Barbados to meet Rihanna's family. Why? Because Rihanna has "always thought he was cute. She loves his look, his sweet smile and his little nose."

I seriously can't hear Rihanna describing anyone's facial features that way, and I really don't see her going for anyone who was too stupid just to scoot over on the floating door so he and his girlfriend could both survive a massive shipwreck. How could she ever feel comfortable going on a cruise with him? Also, if this relationship is still new, it's way too soon to be meeting the parents. I'm going to have to call shenanigans on this one.

Unfortunately, I don't think RiRi and DiCaprio are dating right now. In my professional opinion, I'd say it's far more likely that this Richie Akiva thing is the truth, and Akiva and Rihanna are off laughing somewhere that the media actually thinks she's dating his friend, the little man from Titanic, instead. There is a silver lining, though: More DiCaprio for the rest of us. What more do you need?