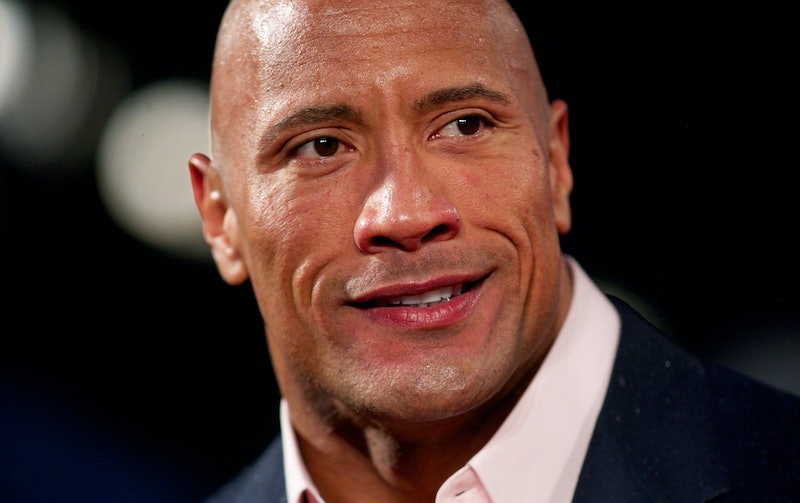 The Rock has a new gig — and it's a big one. According to The Wrap, Dwayne Johnson will present at the 2015 Oscars, which are set to take place this Sunday, Feb. 22, in Los Angeles. Though the list of presenters previously reported featured A-list celebrities like Ben Affleck, Viola Davis and Channing Tatum, it seems like The Rock has slipped through the cracks until now. But why wouldn't you want this guy on your presenters list? Have you seen that smile? Those abs? That movie Tooth Fairy where he played the tooth fairy?

Luckily, being an Oscars presenter hasn't gone to his head — Johnson is just as thrilled as you would be to participate in the show. According to his Twitter page, the wrestler-turned-actor considers it an "honor" to step onto the stage as a presenter for the Oscars, which he will be doing for a second time.

But does the appearance of Johnson on the presenters list mean that we're done adding more celebrities to the roster? Yes and no. According to a tweet from Oscars producer Craig Zadan, the list is now "kinda complete" but that viewers still should "expect some surprises" during Oscars night.

No matter what surprises are in store, it seems that we're shaping up for another awesome year — especially with Johnson as a presenter. Here's why we should be hyped that he'll be giving out the awards.

He breaks down gender barriers.

Because who said the toothy fairy has to be a woman, anyway?

He knows how to get physical.

Even if it scares us.

He has sweet catchphrases.

His eyebrow game is on point.

Slow clap for this brow raise.

He's one handsome human being.

And, of course, this smile:

Yep — we're stoked to see you at the Oscars this year.