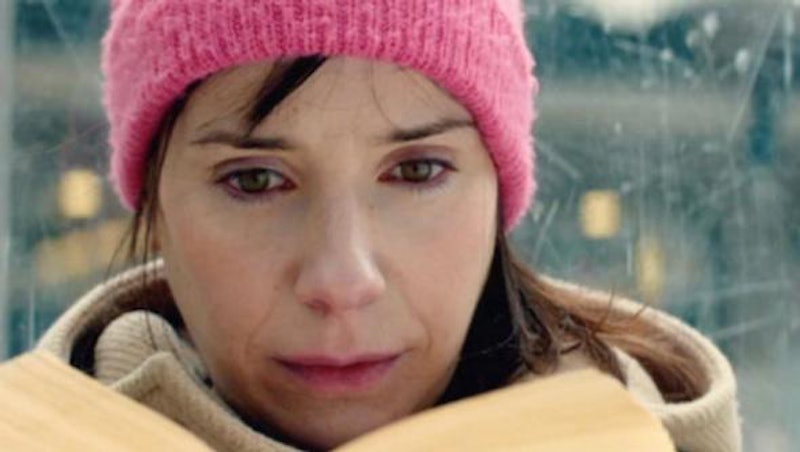 Unless you're a member of the Academy, live close enough to a film-loving theater, or rich enough to be able to get whatever you want ever (translation: basically only Oprah), chances are, you have not seen this year's Oscar-nominated slate of Live Action Short Films. Of course, prior to the Oscars, that's hardly ever a huge concern — it's easier to get riled up over, say, who made the top 24 of American Idol or gas prices or Chipotle's calorie counts than five movies you've never heard of. But, as soon as a filmmaker hits the podium to deliver a charming speech for his or her win for that movie you've never heard of, you will inevitably find yourself wondering: Where can I watch The Phone Call, which stars Academy Award nominee Sally Hawkins and winner Jim Broadbent?

Because The Phone Call was the big winner at this year's Oscars ceremony, and following Mat Kirkby and James Lucas' speech surrounding the award involving delicious things ("I'm particularly happy because this now means I can get a free donut at my local bakery," said Kirkby) and goodwill (the filmmaker also made sure to thank the topic of his film, volunteers in crisis centers "who give their time for nothing"), it's hard not to be curious about a 20-minute film that attracted the attention of the Academy. Luckily, though, thanks to the Internet (so, it's not all about Kim Kardashian and cats, huh?), you can watch all of this year's Oscar-nominated shorts via Vimeo.

It does, however, come with a price — if you don't happen to have any plans in the next two days, you can rent the live-action shorts for just $3.95. But if you must leave your apartment or house (to go, you know, to work, or outside in this god-forsaken cold to get food and life essentials, sigh), you can spend $7.99 to watch the shorts anytime — again, and again, and again.

Not sure if you want to commit? Check out the trailer for The Phone Call, about a woman (Hawkins) who receives a call at a crisis hotline center from a suicidal man (Broadbent), below and judge from there: