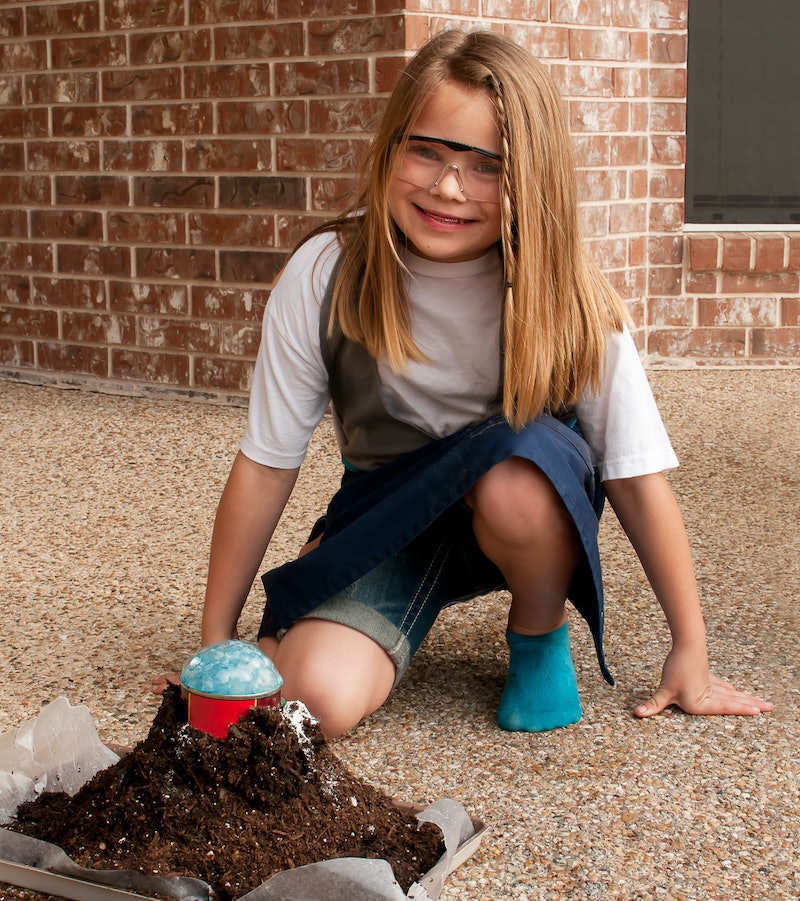 This video of a volcano experiment gone wrong provokes us to consider one of the great questions of the age: Can a viral video still be funny if it’s staged? And if that viral video involves something of questionable safety happening to a child, is it still okay to laugh? When a video of a person doing something really stupid explodes across the internet, is it popular because the events themselves are humorous, or because we know that these events actually happened? In this example, we have a clip of a young girl attempting the classic volcano experiment (You remember this one: you pour baking soda and vinegar into a mini-volcano, and “lava” comes foaming out of the top). But things go horribly wrong when she attempts to pour in the vinegar. I won’t tell you exactly what happens, but I will say it ends dramatically with “My eyes! It burns!”

The video was posted to Reddit yesterday, and already redditors are questioning its validity, arguing that the video is too polished, that the girl’s “acting” is too obvious, and that the “script” (My eyes!) is unrealistic. The main clue that redditors are citing, however, is a reflection in the microwave behind the child at the end of the video. Redditor OverlordCole writes,

Look at the reflection in the microwave right after she falls. It appears to be somebody covering their mouth and turning away. If it were a real issue you would think whoever it was would rush closer to the girl not just cover their mouths and turn away.

To see the moment in question, start at the 1:09 minute mark in the video below. (For the life of me, I can’t see anything in the reflection beyond a bit of random movement, but maybe those of you who are not as old and blind as I am will find it illuminating.)

So is it real or not? Perhaps the real question should be, Does it matter? Does the video stop being funny if it’s staged? Because if we agree that this video is funny only if these events actually happened, then we are also agreeing that a child getting chemical burns in her eyes is hilarious, which is kind of messed up, dude. So maybe let’s just enjoy the video and hope this wee munchkin is unharmed, ’kay?