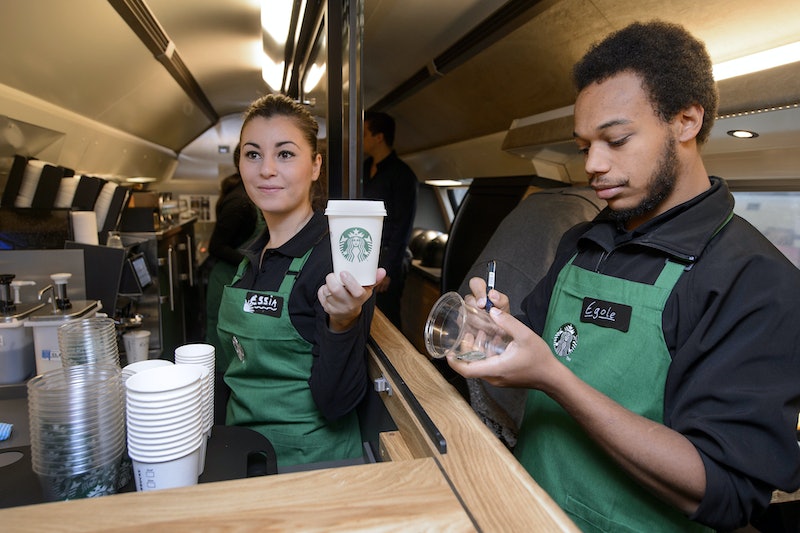 If there are two things you can count on upon ordering at your local Starbucks, it's that your coffee will be decent and the barista will butcher your name in a way you didn't previously think possible. Whether you've been called "Barker" (something my local barista actually wrote on my cup once), "Hellesy," or "Ailson," you've probably asked yourself, "How on earth did this happen?" Lucky for us, BuzzFeed has developed a fool-proof system for getting your barista to spell your name right: order your drink as your Starbucks name.

Let me demonstrate, using my own name, how you can learn the lost language of the barmaid.

Sure, some people will have you believe that baristas are just messing with you (OK, they probably are), but isn't the world a slightly more interesting place if we pretend that the company's nearly 200,000 employees have all been subjected to Clockwork Orange-esque tutoring sessions to learn a secret language so that they may identify one another in the post-apocalyptic ruins of society?

Or is that just me?