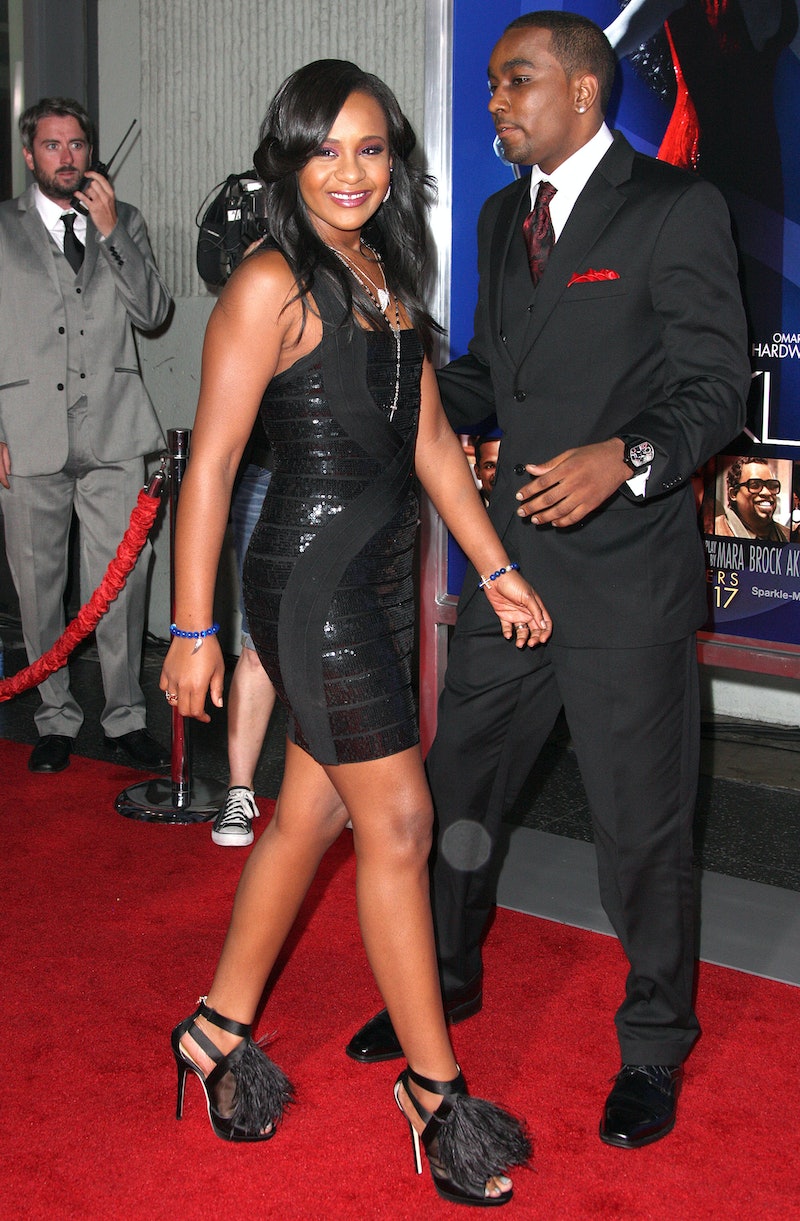 Not only are these new reports shocking, but they're disrespectful as well: According to new rumors which are reportedly from a "source" close to the Houston family, Bobbi Kristina Brown may have been under the influence of drugs on the morning she was found unresponsive in her bathtub on Jan. 31 — including heroin, cocaine, and Xanax. As the "multiple sources" told People, Brown may have been recently "in and out" of rehab, and "regularly used [drugs] in recent months."

Considering these reports came from "sources familiar with the situation," and not Brown's family themselves, it's best to take them with a grain of salt. While it's no surprise that more rumors are surrounding Brown and her tragic condition in the weeks since she was admitted to the intensive care unit of an Atlanta-area hospital, it's still deeply disappointing and troubling to see that — even as Brown is unresponsive and her own father, Bobby Brown, has made numerous statements to the media pleading for privacy in light of his daughter's situation — reports like this are still surfacing. Bobby Brown's statement, which was released earlier this month, reads as follows:

It's understandable that fans of both Brown and her late, legendary mother Whitney Houston want updates on Brown's condition, but, with all the false rumors swirling around about the 21-year-old, it's best at this point to leave the update announcements to her close family, and her close family only — it's just the most respectful option not only for Brown's family, but for Brown herself as well.