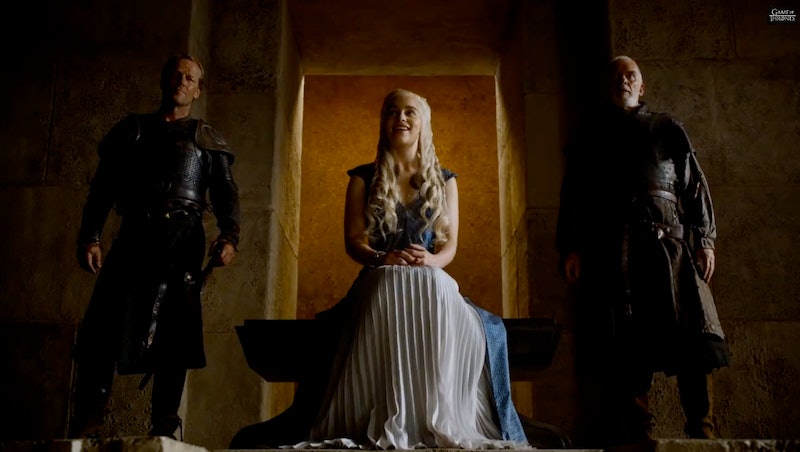 With all of the beheadings, torture, and various other scenes of death and suffering in Game of Thrones , it is nice to have the mood lightened at times. Case-in-point: This Game of Thrones blooper reel from the HBO fantasy hit’s fourth season does a pretty great job of that, showcasing the cast and crew having fun and messing up lines behind-the-scenes. It is simultaneously jarring and relieving to see that these people are normal, goofy actors and not actually the murderous, conniving (at best, morally ambiguous) characters we know them to be.

Whether you’re in the mood to see more of the handsome Nikolaj Coster-Waldau, some behind-the-scenes mishaps, quite a few unscripted f-bombs, or just some of these badass characters actually laugh for once (dare I say giggle, even?), there will be something for you in this clip.

I can only imagine spending so much time on such a dark and violent show would require you to keep it pretty light-hearted on set just to keep from going a little crazy (although after viewing a couple of these laughing fits in the clip, I’m starting to realize the 'going-crazy' thing may have already started). As we patiently wait for April to roll around for the new season, the best cure for the no-Game-of Thrones blues is whatever new content HBO throws at us. It is known.

Looks like the bannister on GoT is more important than the Lannister, eh?

Catch a falling star and put it in your pocket... Never let it fade away...

"The pen is mightier than the sword."- William Shakespeare

In case you missed the blooper reel, check it out below.