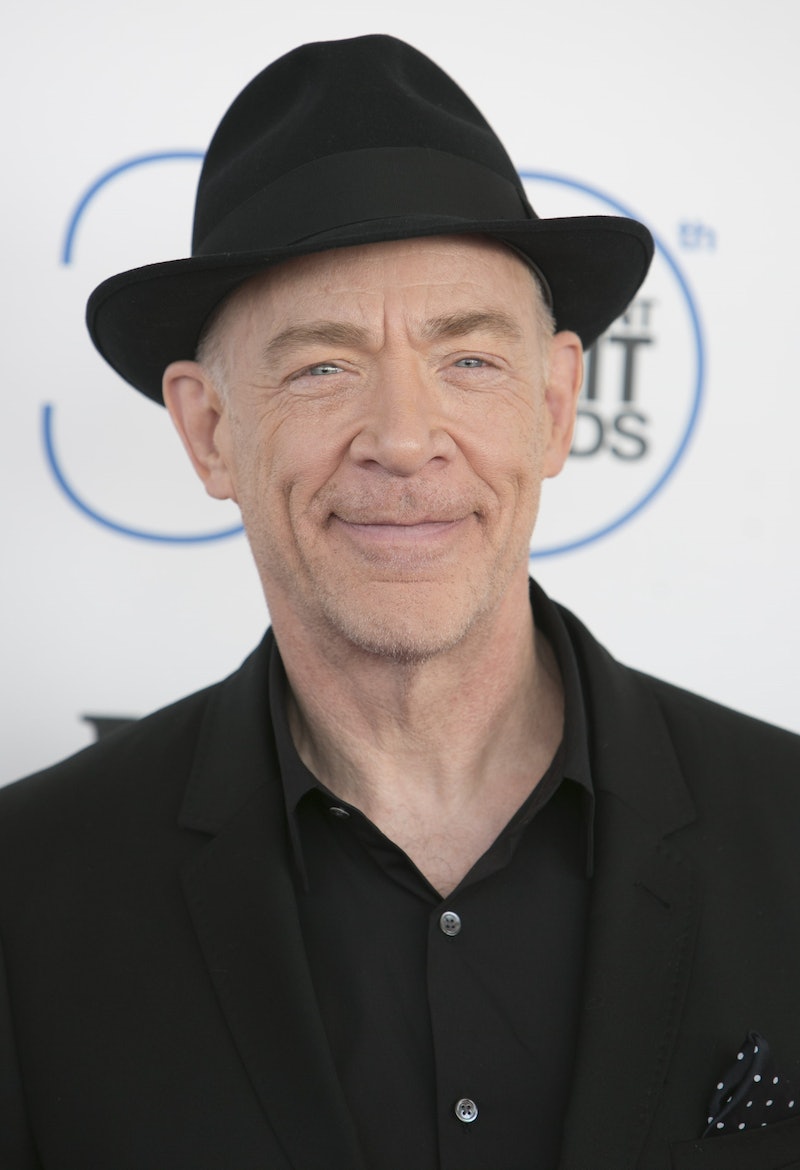 J.K. Simmons took home the award for Best Supporting Male at the 2015 Spirit Awards for Whiplash . His performance, portraying perhaps the most sinister villain of 2014 in film, is earning him multiple awards this season. It's safe to say he isn't dragging (pun intended). "I recognized that it was a great film and a good fit for me," Simmons says backstage at the 2015 Spirit Awards. So how have things changed since audiences have seen his transformative role? "I don't know that it has effected the kinds of parts, more than it's effective the volume. Lots of intriguing things coming along. I'm trying to find a balance," he says, clutching his chromed statue.

Simmons thanked his wife in his acceptance speech during the ceremony. And When asked backstage how to sustain a successful marriage, he laughs. "Paying attention to eachother, and being there for eachother as we both try to be. There's ups and downs, but you try to limit the downs." And when a reporter asks what the most romantic thing he's done for his wife recently is, Simmons shies away from the mic. "I don't think I'm gonna answer that question," he says with a smirk.

Simmons, who portrays a teacher in the film, has some serious opinions about the state of education today. "I think there are unfortunate inconsistencies," he says. "There are school systems that are suffering greatly. Funding is a problem but not the only problem."

And in terms of taking on the malicious role, Simmons says it was no sweat. "This part took no bravery," he admits. To Simmons, real bravery was this: "I dove into a river after a guy who was drowning. We both lived."