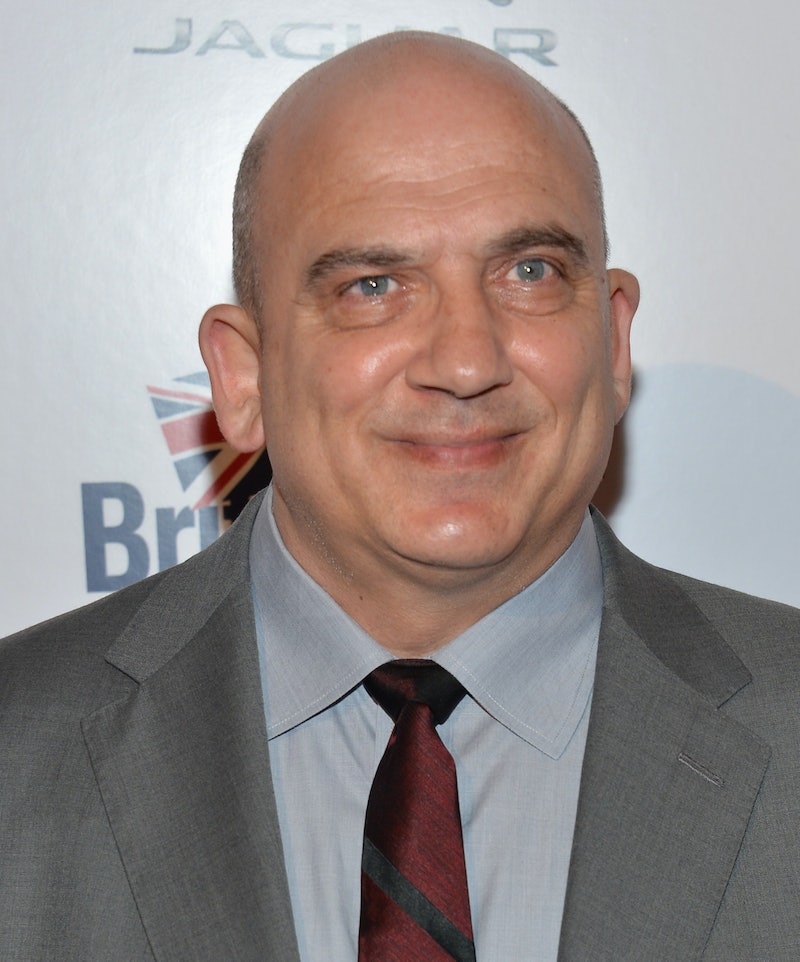 Gotham really doesn't need to be adding any more new characters with all the plotlines that need to be tied up in the next five episodes, but at this point, adding two or three new people per episode is par for the course on this show. So who is Destro, a new character who will pop up in "The Red Hood" episode of Gotham ? Gotham has no problem creating and then immediately getting rid of brand new characters. But even though they're heartless, they're not stupid — and they'll probably want to keep someone like Destro around for most of the episode, especially since he will be played by Jonny Coyne, a British character actor who looks like the perfect guy to wear a turtleneck and plot out a bank heist.

It looks like Destro is going to be a member of the Red Hood gang, judging by one of the first previews Gotham's released in advance of the episode. But the person who's in control of The Red Hood Gang isn't usually the guy wearing the hood, but one of the people who look like lackeys. So Destro could initially be the mastermind of the whole plan. But it sure doesn't look like it stays this way, because the young guy in the preview appears to be trying to convince everyone else of something, possibly related to the fact that he's not actually a bad guy and more of a vigilante.

Maybe Destro will get jealous at the attention this new young guy is getting from the rest of the crew. It looks like he's the one who gets interrupted by the showboating Red Hood as they rob the bank.

But even though I forgive a lot coming from Gotham because it's my weekly dose of Jada Pinkett Smith wig and/or turban realness, there's one thing about this character that I just don't understand and can't stick up for. I just don't know why they'd pick the name Destro, because that's the name of a well-known G.I. Joe villain.

They even both have a bald head and a similarly furrowed brow! I guess maybe they were going for the cartoony villain feel but wanted something that wasn't ripped right out of a comic book. I get that, "Destro" is just a step goofier than something like "Butch." But I will be waiting throughout the whole episode to see if one of the other members of The Red Hood Gang has a heavily pronounced lisp.