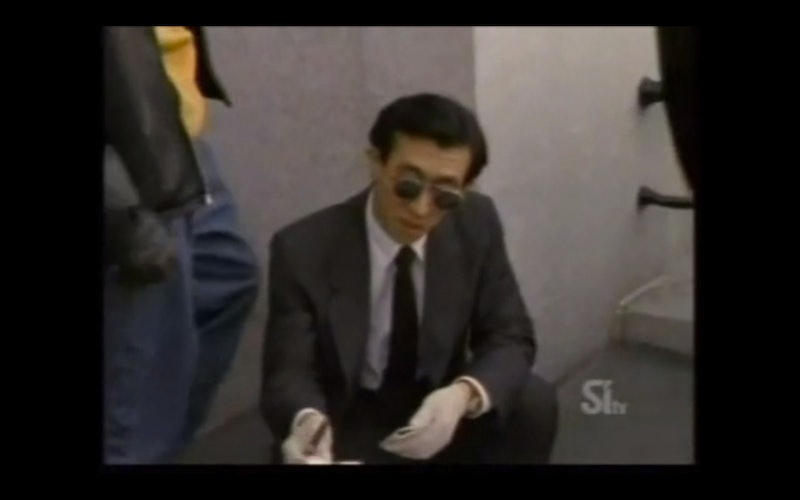 We're getting into the homestretch of Gotham Season 1, but you never know when this show is going to throw a whole bunch of new characters at us. Well, yes you do, because they basically do that in every episode. Who could Chiang, played by Takeo Lee Wong, be on Gotham ? I have to say, Wong doesn't have much of an online presence (I guess some people are just too busy for Instagram), so he hasn't posted any clues about his character, and the usually easy to find spoilers haven't mentioned a single thing about his character. So, at least until Feb. 23 at 8 p.m., Chiang will remain a mystery. Alas, waiting and seeing what the hell the writers are up to seems to be a big part of Gotham lately... we're already waiting for the other shoe to drop with all of these Joker promises and red herrings.

But we could use the career of actor Takeo Lee Wong as a way to throw out some guesses, right? He's an older man, so I don't think he'll be a part of the young-skewing Red Hood Gang (though you never know!). And the name "Chiang" does not hail from any comic characters, so that's no help either. But in addition to the usual possibilities — a new mobster, the victim of the killer of the week, a cop who says something jokey to Harvey — Wong's career might hold a couple of possibilities for his Gotham role.

He's Played A Medical Examiner Before

Wong is a character actor who's biggest role is probably on a somewhat short lived network cop show called New York Undercover , with Malik Yoba and Michael DeLorenzo as two undercover cops. It was one of the first network dramas to portray a realistically diverse New York City. On that show, Wong played a recurring medical examiner who liked cracking corny jokes — not unlike Gotham' s Edward Nygma. Hmm, maybe the two will share a pun over a cup of coffee before getting to work on a particularly hard to piece together case.

He's known around New York City for growing an impressive garden on the Upper East Side, which was profiled in The New York Times. Sure, it doesn't sound that impressive, but imagine living in a neighborhood so overpopulated and exclusive that everyone lives in tiny, extremely expensive concrete box the size of a Port-a-Potty and still finding space for plants to grow, and it's something of a feat.

Since Wong doesn't act in a ton of projects, maybe throwing him this part is a small tribute from the New York-based show and he'll be playing a flower vendor or a new mentor for the young Poison Ivy.