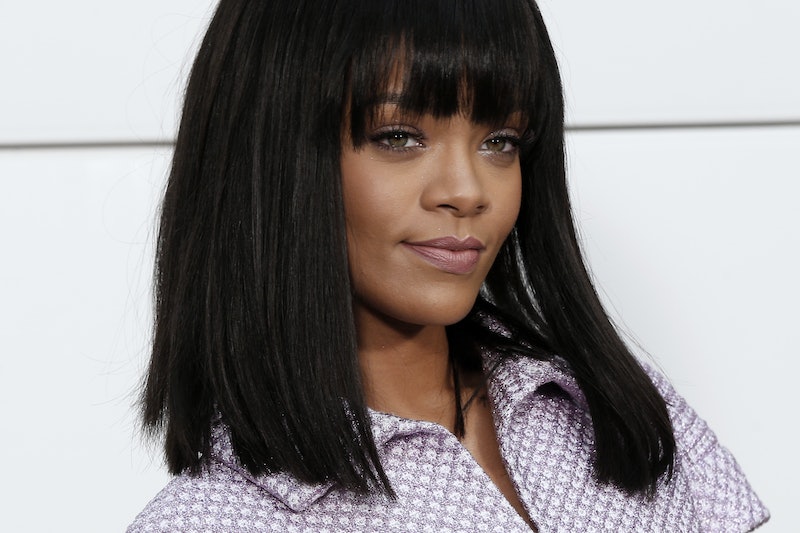 If you thought you had a good weekend, chances are that Rihanna's was better. On Friday, the "FourFiveSeconds" singer turned 27. Of course she made sure to celebrate accordingly. Rihanna had a birthday party in LA with a bunch of celebs in attendance. Some members of the guest list seemed a bit random (Bill Murray? Mick Jagger? Jim Carrey? Paris Hilton?), but others were no surprise. Leonardo DiCaprio helped Rihanna celebrate her birthday, according to People. This continues to raise the question: Are Rihanna and Leo DiCaprio actually dating?

Considering this isn't the first time the two spent a major occasion in each other's company — they celebrated Valentine's Day weekend together — it only adds more fuel to those dating rumors. If the rumors are true, this feels like such an unexpected couple, yet I totally dig the idea. It's kind of like when you put ketchup on scrambled eggs — it's a seemingly random combination, but so awesome at the same time. It just works.

According to what a source told People, there wasn't a ton of PDA at the birthday party, but Rihanna and Leo were still flirty. Here's a recap:

They weren't couple-y but they would flirt and dance so definitely a little magic there. They were definitely flirty and dancing, but not over the top.

Even though that source says they weren't super couple-y, another source told Us Weekly that Rihanna and Leo DiCaprio danced closely all night. Us Weekly claims that DiCaprio helped plan the whole party, which included a three-tiered leopard print cake and balloons that spelled out her name. (If he did plan the party, can he please plan my birthday next?!)

While we don't have a definitive answer about Leonardo DiCaprio and RiRi (Leo-hanna? Ri-onardo?), we do know Rihanna had a great birthday. She even shared a few Instagrams to commemorate the occasion.

This one was much more heartfelt:

Rihanna clearly spent her birthday with people she cares about, and this proves DiCaprio is one of those people... whether in a romantic way, or they're just close friends. Either way, I approve! Long live Leohanna RiCaprio.