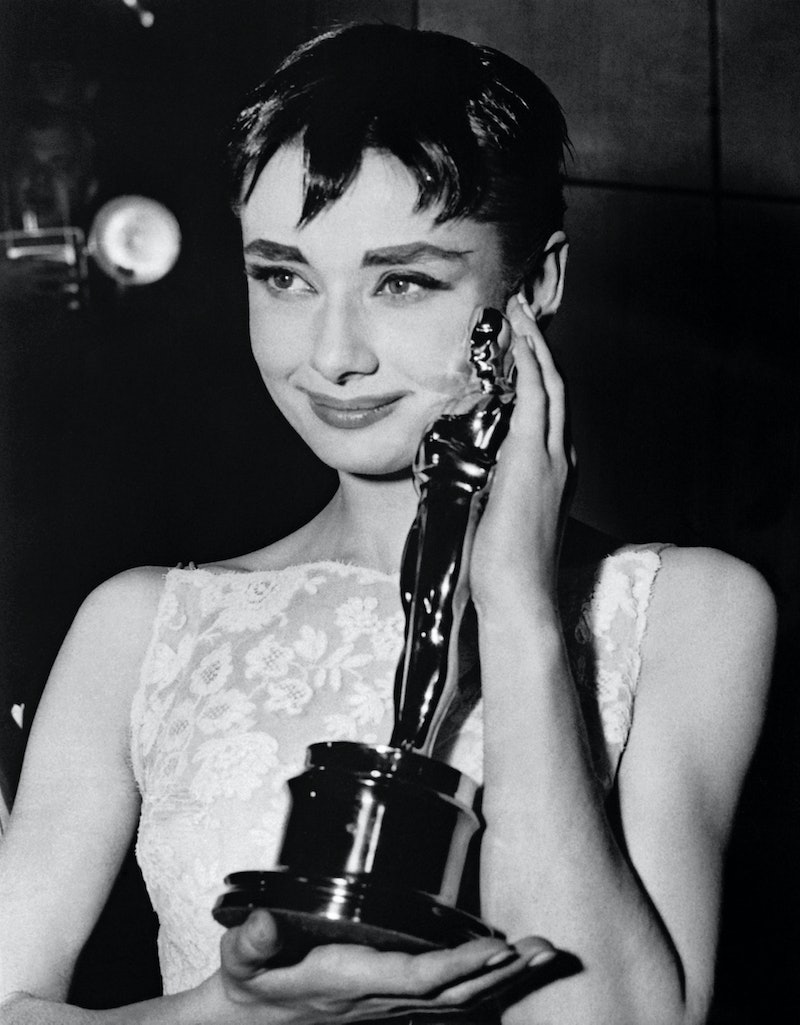 The time has finally come — It's Oscar night! A night when we gather to celebrate the best films and performances of the year created by predominantly older white guys as selected by a panel of predominantly older white guys! This Sunday night, Neil Patrick Harris will host what is sure to be a glamorous evening of celebrities in suits and spanx being asked to "twirl." The 86th annual Academy Awards will air at 8:30 pm PT on ABC, but you can also catch them live online.

Even though you can now watch the Oscars on your device of choice while eating assorted snacks and refusing pants, unfortunately not much else has changed since the first-ever Oscars in 1929. Still mostly white dudes, often sexist, and so I find that nostalgia for "classic" bygone eras can be overrated and misguided. However, there are lessons to be learned in revisiting the Oscars of yore, and if we can take away just one thing from the first ever Oscar ceremony that has changed that I'm pretty sure we can all be grateful for, is that celery is no longer a socially accepted appetizer. CELERY SHOULD NOT BE A FOOD.

Let's rewind and revisit this dark period celery appetizers and "chicken on toast" with some other fun facts you probably didn't know about the first-ever Academy Awards ceremony.

A night of mystery. Glamour. Intrigue.

The ceremony was an intimate gathering of about 270 people.

Here Are Some Offerings Guests May Have Eaten For Dinner:

There Was a Themed Cocktail Bar

Where do I sign up for this thrilling adventure in drinks?

The thrilling adventure in drinks costs less than a dollar?!

This Is Janet Gaynor:

And a tiny golden man.

She Won Best Actress For Her Roles In 7th Heaven, Street Angel & Sunrise.

Here She Is Accepting The Award From Academy President Doug Fairbanks:

The Award For Best Picture Went To Wings

Charlie Chaplin Was There

Chaplin received an Honorary Award for his multiple nominations and contributions to the film industry.

More like this
Remember When Benedict Cumberbatch Announced His Engagement In A Newspaper Ad?
By Hugh McIntyre
Tom Cruise Gives His Honest Review Of Lady Gaga’s New Song For 'Top Gun: Maverick'
By Hugh McIntyre
Jennifer Lopez Found The Perfect Ben Affleck Throwback Video For Mother’s Day
By Stephanie Topacio Long
The 'Hocus Pocus' Sequel Finally Has A Release Date & It Makes Total Sense
By Shannon Barbour and Radhika Menon
Get Even More From Bustle — Sign Up For The Newsletter