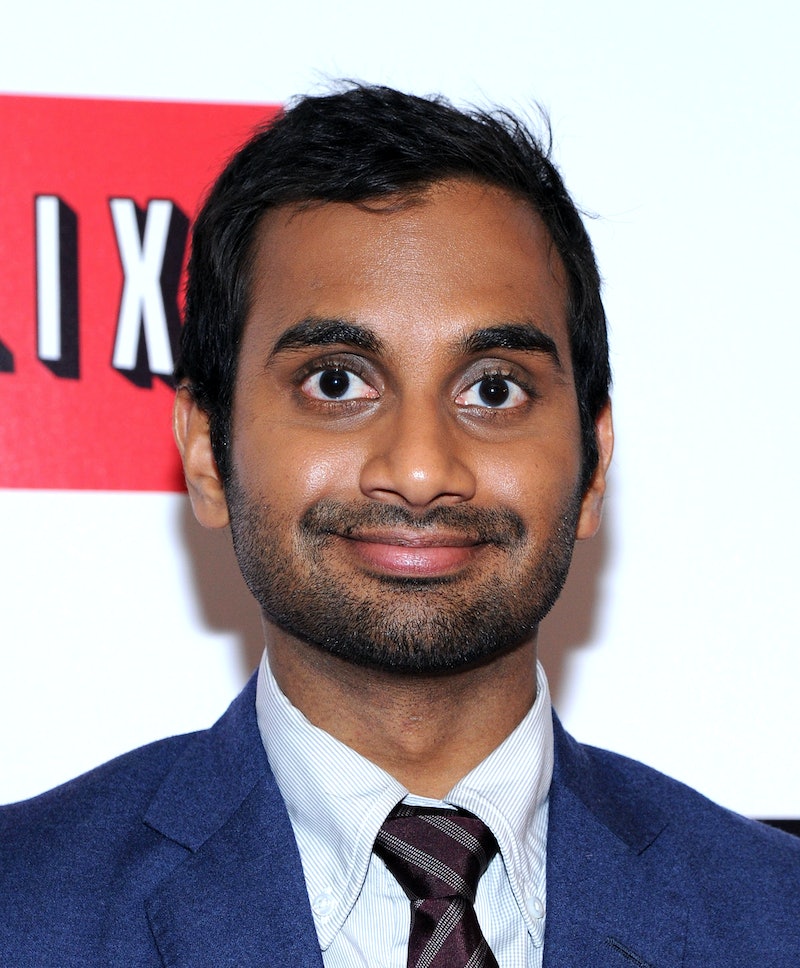 The unexpected loss of Harris Wittels left Hollywood and comedy fans reeling on Thursday. Parks and Recreation 's executive producer was found dead of an alleged drug overdose at age 30. Amy Poehler opened up about the loss of her friend and colleague before going on stage at a Beverly Hills gala that same day. Now another Parks and Rec star has shared what Wittels meant to him. With a touching tribute on his Tumblr, Aziz Ansari wrote about Wittels, who he considers his "friend, colleague, & hero."

While the entire post is worth a read (seriously, go read it!), here are a few highlights that really capture who Wittels was as a person. Overall, Ansari's post is heartbreakingly beautiful and serves as an amazing tribute. Even someone who hasn't seen any of Wittels' work can appreciate his sense of humor based on the stories Ansari shares.

He begins by sharing what a unique person Wittels was:

There are so few people that you meet in life that give you that feeling that you’ve found a real unique, original person. Harris Wittels was one of those and we lost him yesterday. He was 30 years old. I’ve been devastated.

Ansari had been spending a lot of time with Wittels last week, even seeing him the day before his death. They'd been working on a script together, and as always, he could rely on Wittels to add perfect jokes. According to Ansari, Wittels was "probably the funniest comedy writer out there. He was just a machine."

Not only did they work together on Parks and Rec, but Ansari and Wittels had other plans in the works. They were even planning to move to New York together in March to start a new project. Ansari writes,

Around the time Parks was ending, I started developing a new project with my friend Alan Yang, another writer on Parks. Immediately, we knew we wanted Harris to help us write it. We were lucky to get him on board and for the past 5 months or so, he’s been an integral part of this new project. He worked tirelessly and was a leader on our staff and we were all thrilled to be doing this thing that was actually going forward.

This news is all the more tragic, considering even bigger projects were on the way. Ansari explains that we hadn't even seen Wittels' full capability yet, saying,

The little bit of Wittels comedy out there was just the tip of the tip of the iceberg. He had so much more to give and I was so excited for him. He seemed to be turning things around.

He concludes the piece with this:

Bye Harris. I miss you and I’m glad I got to enjoy your genuinely amazing and original presence. I wish I got to you know even more. I hope people reading this realize what a incredibly unique man you were, and what brutal a loss it is for those who knew you and also for those who never had the pleasure. This has been so hard to write because I just keep wanting to add more and more stories and more jokes and more everything, but I’d never be able to finish it. You are far too special to sum up in any kind of piece like this. You were one of the best and we all will miss you.

Even without knowing Wittels firsthand, the impact he created is undeniable, and it's tributes like Poehler's and Ansari's that prove what a loss this truly is.