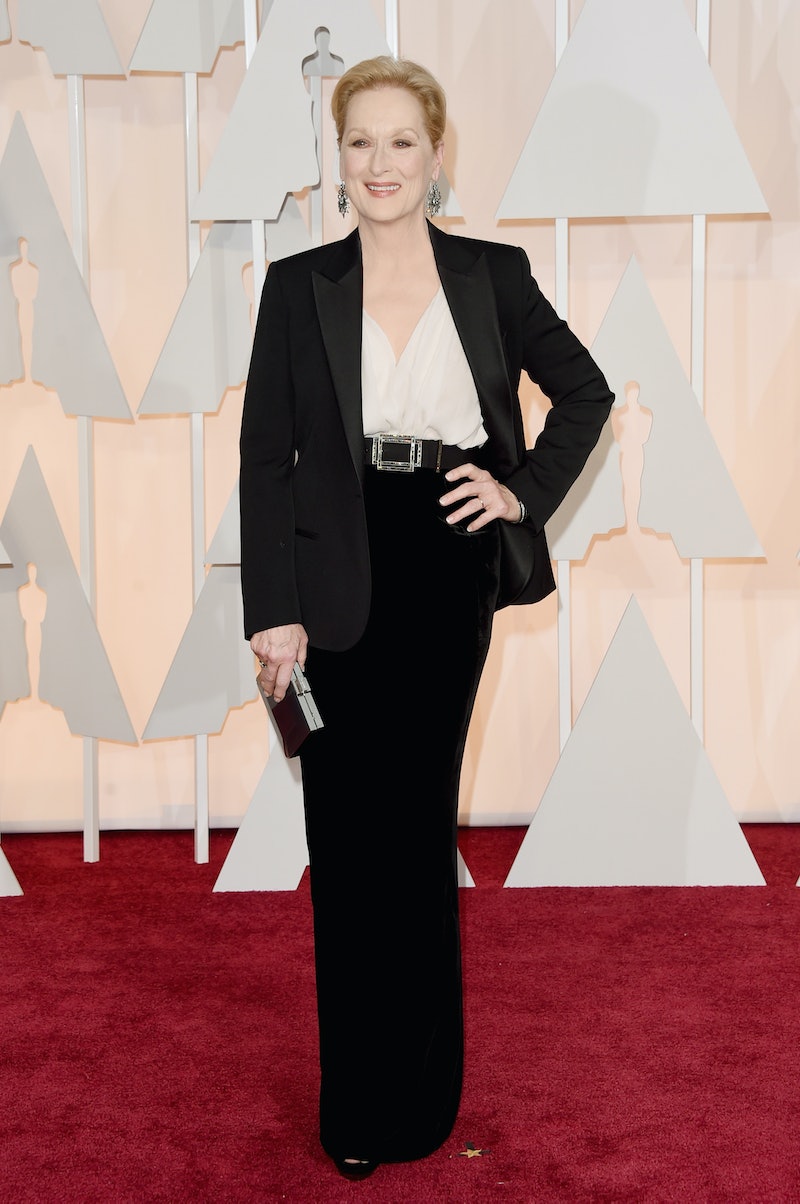 Sorry Beyonce, but Meryl Streep is my actual QUEEN. At 65 years old, Streep is a three time Academy Award winning actress (not to mention the countless other awards she's received or been nominated for) and tonight she's vying for Best Supporting Actress for her turn as the Witch in the film adaptation of Into The Woods. But enough about her out-of-control acting chops (I mean, have you seen The Devil Wears Prada? Streep's Miranda Priestley would give Anna Wintour nightmares). Let's talk about her personal style.

Not only is Streep drop dead gorgeous, she's also a sharp dresser. Women over the age of 50 are so frequently glossed over in Hollywood, but the accomplished actress has managed never to lose her luster and thus remains an awards show darling. Take the black velvet separates she's sporting at the 2015 Oscars ceremony. Streep paired a black velvet jacket with a floor-length matching skirt, off-white blouse, statement belt and earrings. So maybe this wasn't the edgiest choice of the night, but when you're sharing a red carpet with Lady Gaga, well, you didn't stand a chance at earning that title.

Streep's outfit oozes old school class, and sometimes, in a sea of jewel tones and high-slits, that's all you need to stand out.