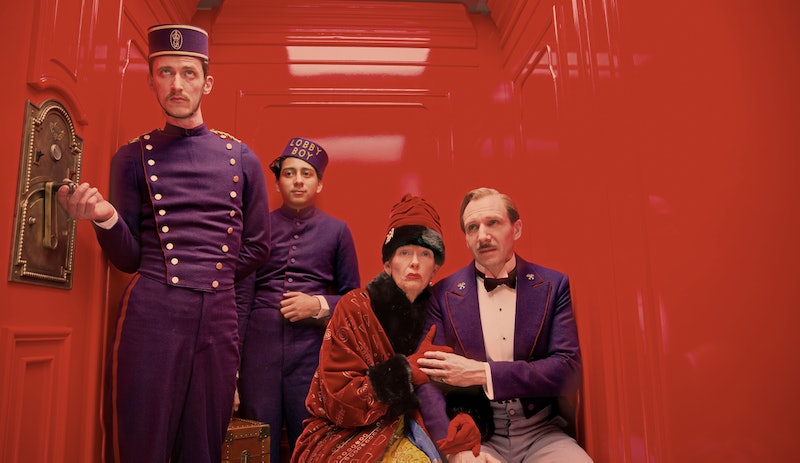 The thing I love about the Best Original Screenplay Oscar category is that it often gives movies that tend to fall on the indie side, and thus away from Best Picture glory, a moment to shine. And that's exactly why I had all my hopes for Wes Anderson's The Grand Budapest Hotel & an Oscar piled snugly in the Original Screenplay basket. And when it came time to finally hand over the little shiny statue, Birdman took the prize, essentially taking Anderson's only real shot at a big Oscar for his incredible film.

Of course, this category has no shortage of originality or competition. Even the film considered to be something of a golden child, Richard Linklater's Boyhood, came from IFC Films and is working with a full indie pedigree. The next runner up in terms of buzz, Birdman, is not only completely unique and off-the-wall, it makes fun of the very conventions of fame that seem to fuel something like the Oscars. Foxcatcher, the film starring Steve Carrell as multimillionaire John E. Dupont, and Nightcrawler, which found Jake Gyllenhaal as a gonzo LA crime journalist, are noteworthy in their own rights. To some extent, this category was absolutely anyone's game. At this point, The Grand Budapest Hotel's biggest disadvantage was that it had three extra words in its title for voters to remember.

Budapest's possible win was also something I rooted wholeheartedly for because it wouldn't just be recognizing a great film and breaking the pattern that films released before November can't stand a chance with the Academy: it would also be Anderson's first Oscar. And while Birdman has its merits (one of those merits is named Emma Stone) when you think about it, isn't it kind of insane that after so many incredible films (I mean, Rushmore alone, you guys) Anderson has never held that heavy statuette in his hands?

More like this
You Can Thank 'Spider-Man' For The Meme-ification Of Movies
By Dana Schwartz
Laura Dern Said “Cultural Awareness” Made Her Rethink This 'Jurassic Park' Fact
By Grace Wehniainen
The 'Hocus Pocus' Sequel Finally Has A Release Date & It Makes Total Sense
By Shannon Barbour and Radhika Menon
Colin Firth Revealed His Favourite Mr. Darcy (& No, It's Not Himself)
By Sophie McEvoy
Get Even More From Bustle — Sign Up For The Newsletter