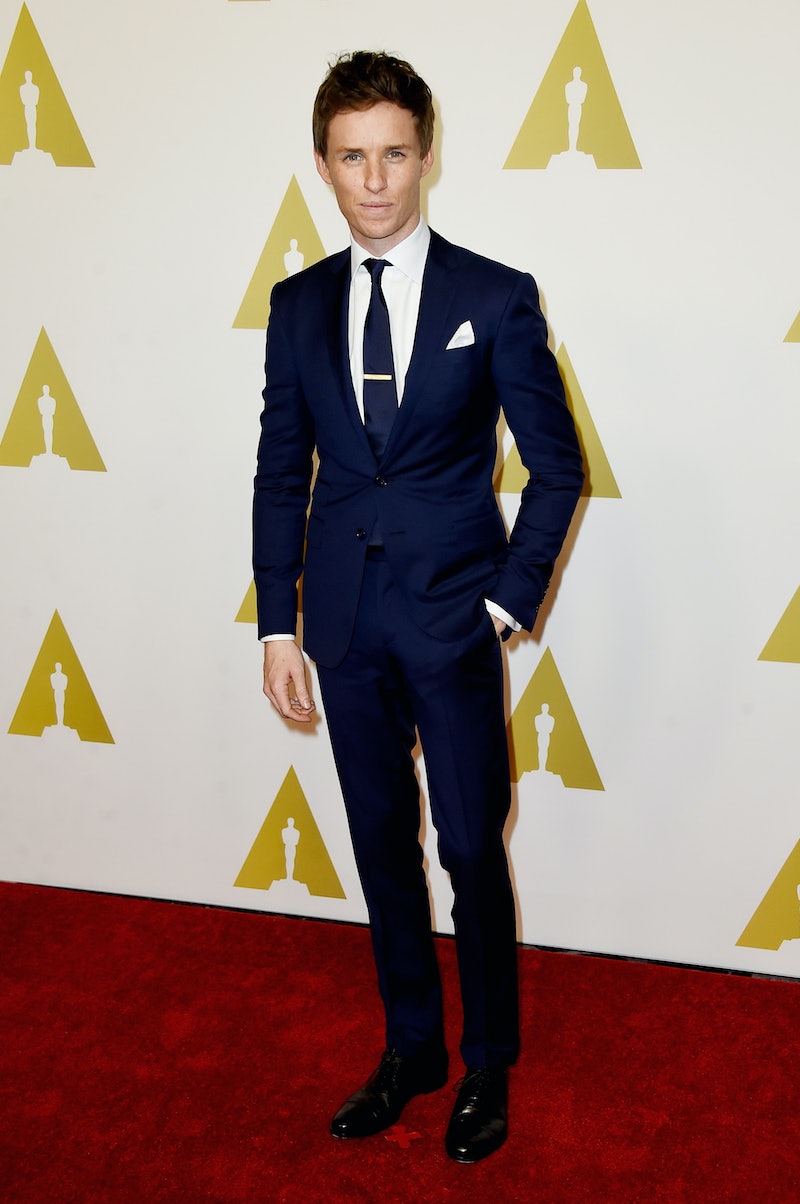 There's been a lot of buzz about the likelihood of Eddie Redmayne winning an Oscar for The Theory of Everything, but the real issue at hand is being completely ignored. The issue being, of course, the fact that Redmayne may very well be an Oscar statue come to life. Would an Oscar win just bring him full-circle? If handed an Oscar during Sunday night's Academy Awards, will Redmayne suddenly float into the air in a Shrek -esque moment, as gold rays surround him and slowly his skin takes on the same metallic tone as his statue and his life cycle is completed? Hey, anything's possible, I suppose.

In all seriousness, there is just something about Redmayne's stature and chiseled cheekbones that are reminiscent of the statue he is competing for. If someone were to paint him gold and he stood very, very still, I bet people on the red carpet would pose for photos with him. I mean, technically people pose for photos with him now, but that's because he's famous. In this scenario he'd be the backdrop, not the star.

Think I'm crazy? Let's take a look at Redmayne and Oscar side by side to see if there's any resemblance. Personally, I think Oscar looks like the long lost son of Redmayne and C-3PO.

At the very least, if the Oscar statue ever needs an upgrade (he is 87 years old, after all), Redmayne would make an excellent model for the new trophy. Maybe in a few years we'll all be speculating about who's taking home the Best Picture Eddie.