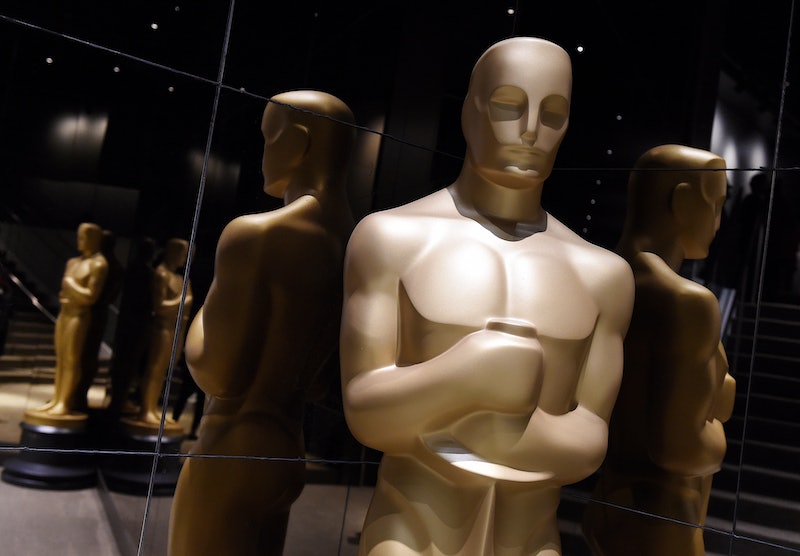 As a community, those of us affixed rigidly to the pop culture circuit might not be the most easygoing bunch. Any normal day perusing the Internet for content related to your favorite entertainment trends will reveal hair-trigger tempers and interminable stubbornness. So on the kingpin of all pop culture days — the Oscars — expect the hostility to reach new levels. In fact, the 2015 Oscars ceremony might have given way to the angriest night in broadcast history.

At various points throughout the 87th Annual Academy Awards, audiences took to Twitter to express derision for whatever might have been happening onscreen at that particular moment. Sometimes, it was an egregious snub that incited the worldwide rage. Other times, it was an off-color joke that lit that shortest of communal fuses.

In particular cases, the vitriol was justified, exemplifying the public’s frustration with the film industry’s established bigotries. In others, it was simply a case of hypercritical viewing. (Although you might not want to blame people too much for these examples; some of those bits were lousy enough to warrant screams.)

Reasonable or otherwise, the anger pervaded. Here’s a quick run-through of everything that got the Internet’s blood boiling during this year’s Oscars ceremony.

Putting off seeing Gone Girl for this long is tantamount to a political statement. Even still, a few late-to-the-game-ers were frustrated when the ceremony exhibited a lapsed sensitivity to their cause. First, Anna Kendrick spouted a revealing joke about the fate of Neil Patrick Harris' character during an early bit; later on, the Academy used a mighty spoilery clip to introduce Best Actress nominee Rosamund Pike.

Anger level: This one blew over quickly; reports of hostility may be just as exaggerated as Amy Dunn's personal diary entries.

It wasn't so much that Neil Patrick Harris asked an unsuspecting David Oyelowo to participate in a particularly lackluster gag, but that the joke was about the critical and commercial failure of Sony Pictures' Annie remake — a subject connoting American's hesitancy to accept mainstream movies starring black actors. The issue hits a little too close to home when you're involving the snubbed star of Selma.

Anger level: People were put off, but solace came in the fact that the whole ordeal gave the world this gif:

The big reason that Lady Gaga's lavish Sound of Music tribute didn't go over well pertained to its placement in the ceremony. The tribute was placed immediately after a performance of Common's "Glory" from the movie Selma , a number vividly exemplifying the rampant injustices facing black Americans through the present, and, in association with Selma's many snubs at the Oscars, the culture's refusal to take the necessary steps to put them to rest.

To place a relatively stuffy, "feel good" tribute to tradition (a dangerous function when adhered to so rigidly) right after such an important testament to the need for progress felt more than a tad ill-conceived.

One of the larger indignations occurred before the Oscars ceremony even began. Best Actress nominee Reese Witherspoon sparked a social media trend dubbed "#askhermore": a message directed at red carpet interviewers for their tendency to focus only on beauty, style, and fashion when chatting with female nominees. Despite the reach of the hashtag, the representatives of ABC and E! stuck faithfully to their queries about hair and dress.

Anger level: Enough to warrant self-directed questions of, "Why do I even watch the red carpet anymore?!"

There were a few notable absences in this year's "In Memoriam," introduced by Meryl Streep and followed up by a song from Jennifer Hudson. Among the missing parties: Elaine Stritch, Richard Kiel, Taylor Negron, and Joan Rivers, who in particular stirred a wealth of controversy online regarding her omission. The Academy gave a halfhearted explanation as to why we didn't see Rivers' portrait along with the likenesses of Robin Williams, Dee Reese, and Mike Nichols, but nobody was satisfied by the statement.

Anger level: Academy, can we talk? Because this needs to be sorted out.

To be fair, there were no moralistic or deeply emotional objections to this long, repeated gag. Twitter just found it really annoying.

Anger level: The impressive sleight-of-hand payoff kind of made up for it, but continuous awkward asides with Octavia Spencer and Robert Duvall had everyone's skin crawling.

The snubbing of Boyhood

Plenty of Birdman fans went to bed happy last night, celebrating the achievements of Alejandro González Iñárritu's fun and aesthetically impressive showbiz flick. But the Boyhood supporters hit Twitter in a big way, lamenting the lack of recognition for one of the most inventive (both in production and in narrative) movies America has ever seen.

Anger level: It made us want to throw hatchets at a sheetrock target while drinking beers in the woods.

In one of the ceremony's most bizarre moments, Sean Penn took the opportunity during his presentation of the Best Picture Oscar to make a bizarre crack about director Iñárritu. Before reading the name of the victorious Birdman, Penn paused extensively, and then said, "Who gave this son of a b**ch his green card?" eliciting a moment of extreme discomfort in many a viewer.

Immediate reactions illustrated this bafflement over such bizarre patter; a few moments passed before people began to realize that Penn, who has worked with Iñárritu on a number of films, was more than likely speaking out of a crude chumminess. Benign intentions aside, many still took issue with the racially charged nature of the gag, continuing to chastise Penn for the ill-conceived remark.

Anger level: As angry as Sean Penn on a normal day.

Just shy of four hours, closing the curtain at a quarter past midnight on the East Coast... that's 45 minutes longer than the scheduled runtime.

Anger level: We were mad, but we were way too tired to espouse the necessary tirades.

Of course, we were treated to a good deal of positivity and inspiration during the ceremony as well: Common's aforesaid "Glory" performance, moving speeches from Graham Moore, Patricia Arquette, and Julianne Moore, and Ida director Pawel Pawlikowski's refusal to yield to the "play-him-off" music. Let's try for a better ratio next year.