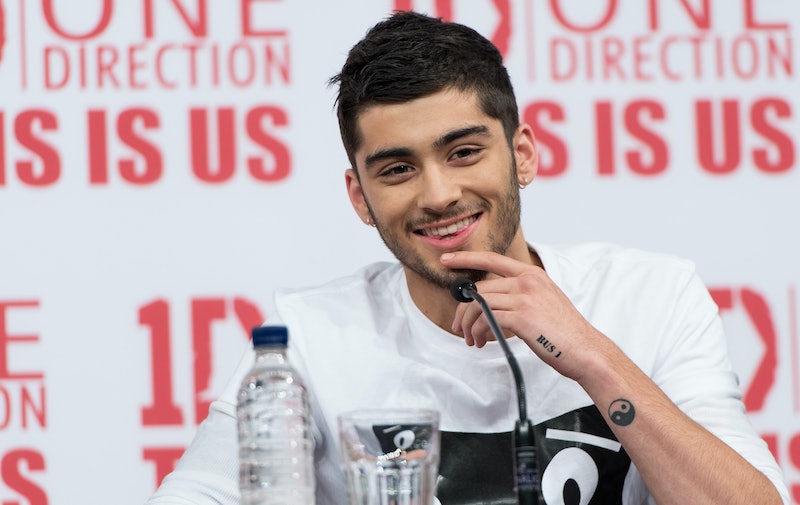 Similarly to how I felt when people started using "da bomb" in 1999, I was largely perplexed by the surfacing of "on fleek" as a whole thing in 2014. I merely saw celebrities using the term "on fleek," which led to blogs using it, which led to profound curiosity and mild confusion on my behalf. Pretty soon, I understood that it was something that it was something that I should know about if I was to consider myself a person with my finger on the pulse of society. What is this “on fleek?” What does its Latin root mean? What is its particular significance to eyebrows? Why do some people define it as a “light flick to the testicles?”

To put your worries for me at ease, I eventually figured it all out. From contextual clues, I could tell that "on fleek" meant "on point," "slick," or "fly" and is generally used to describe an aspect of one's appearance— usually eyebrows. I know that the Peaches Monroe Vine started it all, and that we can attribute the popularity of this phrase to the caprice of Internet favor.

From there, it took on a life of its own. Ariana Grande bestowed her blessing upon it by putting it to a scatty tune and exciting cultural interest with the youthfolk. Nicki Minaj inserted it into her rhymes. Zayn Malik wondered aloud what the crap it actually meant. As you can judge from the ways that celebs use "on fleek," you can pretty much use it in any way that may please you.

Some say that this video of Grande turning the Peaches Monroe vibe into a jazzy vocal riff popularized the term, and I wouldn't be surprised if that's the case.

Nicki Minaj In "Feelin Myself"

In Nicki's Beyoncé collab track "Feelin' Myself," she spits the line, "Kitty on peek/ Pretty on fleek." The entire song is essentially about self-love and appreciating your own flawlessness, so we can infer that by saying "pretty on fleek," Minaj means to indicate that her appearance is becoming.

The rapper collaborated with Lin-Z and London J on this song, which is all about keeping one's appearance up to a dope standard. For instance, one of the lines is: "Got swag on fleek, Thumbing' through money all week."

When Kim Kardashian bleached her eyebrows for a project, she hash tagged the picture "#eyebrowsonfleek." I think she may be misunderstanding what fleek-ed eyebrows actually look like, but sure! Knock yourself out!

The Pretty Little Liars actor applied the term to dancing, which can also be on fleek. In this case, it would mean that the body movements of Emily and Stacy are smooth and coordinated.

Of course, Ariana's brother Frankie applies the term fleek to his hair. A much more traditional usage of the term.

Dawson is also keeping her usage of the term traditional.

Malik doesn't even front about the fact that he has NO clue what fleek means. You've gotta give him points for honesty. Also, for capturing the total nonsensical nature of this slang term. Like, seriously.