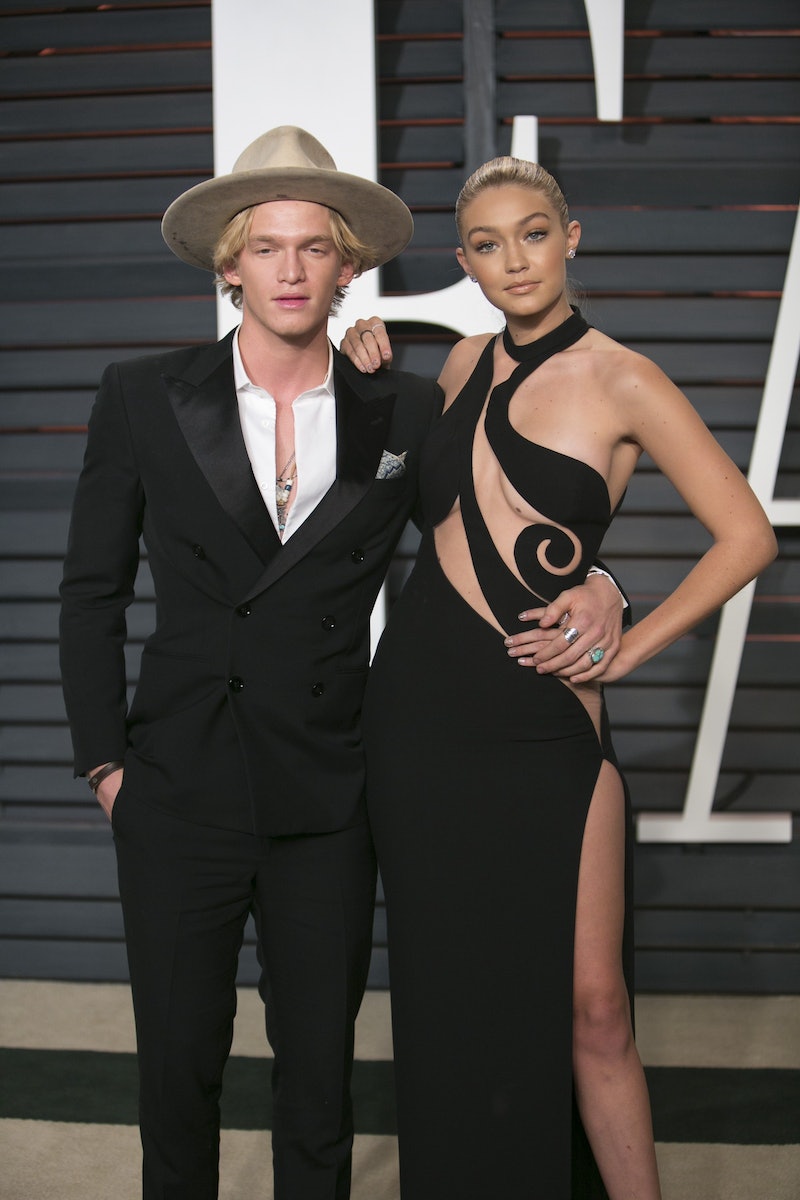 Cody Simpson and Gigi Hadid are pretty much the king and queen of the young Hollywood set. They both have successful careers that are just starting out. They are both good-looking blondes. And they post plenty of Instagrams with other famous young Hollywood stars like Kendall Jenner, Selena Gomez, and Justin Bieber. They really have it all going on. After a short break from dating, the Cody Simpson and Gigi Hadid got back together, and they seem happier than ever. The couple was recently photographed enjoying themselves and kissing at an Academy Awards after-party. It looks like these two are here to stay with this second shot at love, so this begs the question: how did Cody Simpson and Gigi Hadid meet in the first place?

Even though they are only teens — Hadid is 19, Simpson is 18 — it really seems like they are a serious couple. How did this all get started? Well, it's actually a little bit unclear to be honest. Multiple sources confirm that the two were friends first before they got into a romantic relationship in November 2013. But no one seems to know how they actually met to begin with. For a couple that likes to share details of their private lives, I am surprised it's so hard to find an answer to that question. That said, there are some distinct possibilities as to how they met.

Hadid's mother, Yolanda Foster, of Real Housewives of Beverly Hills fame, is married to legendary music producer David Foster. David Foster has worked with many big names in the music industry, and since Cody Simpson is pop singer, it is highly possible that Hadid's step-dad could be the link between the two. Or at least a piece of this puzzle. Maybe David Foster introduced them? Maybe one of his artists or collaborators has worked with Simpson. Foster really seems to know everyone from 'NSYNC to Jennifer Lopez, so it's possible.

It seems like Hadid and Simpson were destined to date. No matter when or how they actually met, it's clear that they would have crossed paths eventually. They have so many longtime friends in common including Justin Bieber, Miley Cyrus, Kendall Jenner, and Selena Gomez. That is one strong clique of young stars. I wouldn't be shocked if the two of them were just hanging out with Justin Bieber and happened to meet.

These two really seem to be going strong as a couple, so I'm sure that they will get asked about their romance in future interviews. Then maybe we will finally have a definite answer to that question!