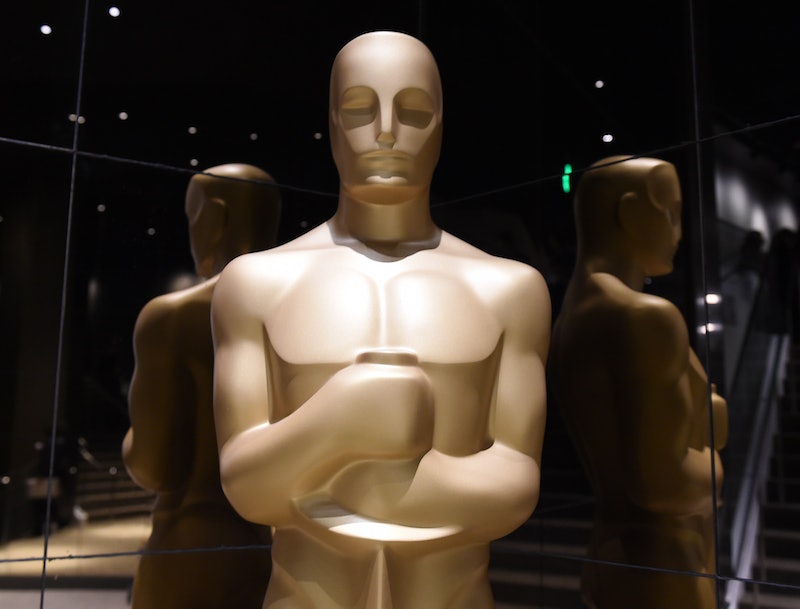 If there's one thing that I've learned from living in Los Angeles, it's this — people love their psychics. Hey, I'm not judging — I'm fully aware that there are plenty of things that I don't understand about this universe, and if a psychic helps one navigate through the world a little bit better, I don't see the harm. That doesn't change the fact that a psychic to the stars is a pretty fantastic career path, which renowned celebrity medium Thomas John can attest to. The author of Never Argue With a Dead Person: True and Unbelievable Stories From the Other Side has made a living helping the wealthy and famous connect with the deceased and make decisions about their lives given his intimate knowledge of the future. This year John made predictions about the 87th Academy Awards to The Telegraph, and while he didn't get everything right, he did make one major prediction that came true — that Joan Rivers would be snubbed during the "In Memoriam" segment.

It doesn't take a psychic to make such a prediction — Rivers did die fairly late in the year, and she wouldn't be the first big name to be left out of the segment. Still, it is a little eerie that he got something so specific correct — and it's not the only thing he got right. Here's what John predicted correctly, and which stuff must have been a tad fuzzy in his crystal ball.

According to John, "Patricia Arquette is going to win [Best Supporting Actress] and give a very heart-warming speech. She’s going to be crying throughout it, though, and her speech might even get cut short." Arquette did take home the Oscar, and though she wasn't crying, she did seem emotional and quite nervous. Her heart-warming speech included a call to action to close the gender wage gap, and everyone in the audience cheered.

John predicted that J.K. Simmons, Julieanne Moore, Patricia Arquette, and Eddie Redmayne would take home gold statues, which they did. Of course, it wasn't a particularly close race this year, and lots of cinephiles could have guessed who would snatch up the prize.

Birdman took it home, but John predicted that Richard Linklater's Boyhood would instead.

Of the Gone Girl actress, John stated "I can... see Rosamund Pike showing a lot of skin in something very showy." The all-red number with the high slit looks gorgeous and certainly fits the bill.

Obvious But Accurate: The Singing and Dancing

"There will be lots of singing and dancing – I’m even possibly seeing a marching band," said John of the Oscar performances. Considering the Oscars always feature music, it's hard not to roll your eyes at the obviousness of this prediction. There wasn't a marching band this year, but "Everything is Awesome" from The Lego Movie did feature a ton of organized performers, and "Glory" from Selma showcased the march for civil rights as depicted in the film.

I was a tad bit disappointed by Harris as host this year, which is surprising considering I really do think that this actor is one of the most charismatic hosts in the business. But maybe my expectations were too high — John said that Harris would "seamlessly" transition into a Billy Crystal-esque persona and do well on stage. That underwear gag did wake up the audience, but this is one psychic predication that we just can't prove.