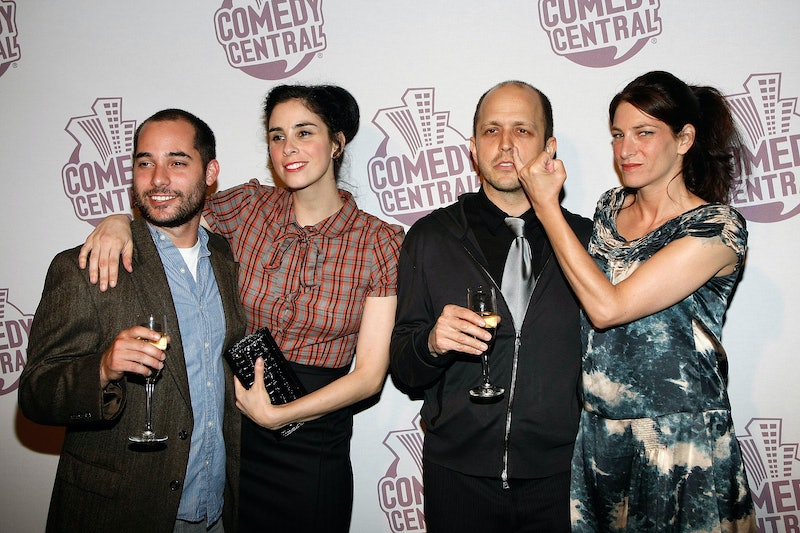 The comedy world was shaken last Thursday when Parks and Recreation executive producer Harris Wittels was found dead in his apartment from what was possibly a drug overdose. Wittels was sadly only 30 years old, but his span of work on Parks and Recreation alone solidified his reputation among his colleagues as one of the funniest comedians of the moment. Tuesday, February 24 marks the series finale of the seven-season Parks and Recreation, and as Deadline Reports, the episode "will end with a We Love You, Harris message from the cast and crew of the show."

Not that the cast of Parks hasn't already expressed their bottomless grief. Aziz Ansari penned a beautiful tribute to his late colleague and close friend on his personal Tumblr: "I hope people reading this realize what a incredibly unique man you were, and what brutal a loss it is for those who knew you and also for those who never had the pleasure." Ansari also touchingly but tragically revealed that he and Wittels had projects in the works together for the future, and that Wittels' untimely death was more than just a loss for his friends, family and fans but a loss because he had so much more to give, to make people laugh.

Chelsea Peretti, who was also devastated by the news of the loss of her friend, summed it up a little more succinctly but no less emotionally on her Twitter:

Amy Poehler, too, addressed Wittels' death at the unite4humanity gala over the weekend, and in a somber speech, noted that Wittels was struggling with addiction.

In fact, besides his incredible though far too short comedy career, I hope that the Parks and Recreation tribute will touch on the tragedy of Wittels' addiction and just how hard it is to cope with it alone. In Ansari's long tribute that included several anecdotes showing just how kind and hardworking Wittels was, he addressed Wittels' struggle:

Even though Wittels' future seemed hopeful, his death just proves what a battle addiction is, and how it can affect absolutely anyone. Hopefully the Parks and Recreation tribute to Wittels will not only celebrate his life and his comedic genius (and his role as Harris the Animal Control Officer), but also urge those struggling with addiction to not be afraid to reach out for help.