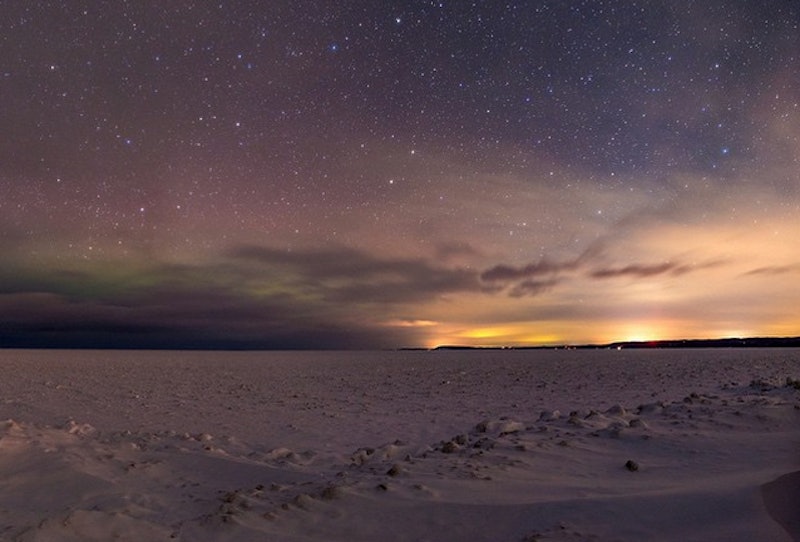 When I was in middle school, my classmates and I read a book where the main character went clubbing on the moon. So, as you can imagine, I had some wildly high (and decidedly unrealized) expectations about what partying in college would be like. While we have not yet harnessed the technology for me to get my moon drunk on, we do have the next best thing: Lake Erie is so completely frozen over that it looks like a lunar landscape. Social media is increasingly littered with images of the scene, aka, the backdrop of every fantasy I've ever had of finding out that I was secretly Sailor Moon. It might just be one of the most astounding sights out of all the beautiful ice formations we have seen so far this year. Look, I'm not saying all the brutal winter weather this year hasn't been truly challenging and even devastating for so many people, but what else can we do other than try to be there for one another, get everyone taken care of, and bask in the undeniably breathtaking visuals associated with our misery?

It's the first time that the entire lake has been entirely frozen since 1996. It's so frozen, in fact, that ice fishers are trekking seven miles out onto the ice on foot. Residents of Michigan, in case you have not been forewarned about the cold front up the wazoo, apparently two more arctic blasts are about to hit this week, which might break the record for Great Lakes ice coverage set in 1979, when 94.7% of the combined area was frozen.

As beautiful as these pictures are, I do not envy the humans in the areas bordering Lake Erie right now. The fact that some of you are walking out in this and pulling your hands out of your pockets long enough to take pictures has earned you all the respect I can give.

More like this
How To See The Lunar Eclipse On May 15-16, 2022
By Kaitlyn Wylde
25 Quotes About Love To Share During Pride Month 2022
By Madeleine Aggeler and Emma Garza
Taylor Swift, Kerry Washington & More Speak Out On Uvalde Mass Shooting
By Jake Viswanath
Photos Of Boris Johnson Drinking At A Downing Street Lockdown Party Have Surfaced
By Bustle UK
Get Even More From Bustle — Sign Up For The Newsletter