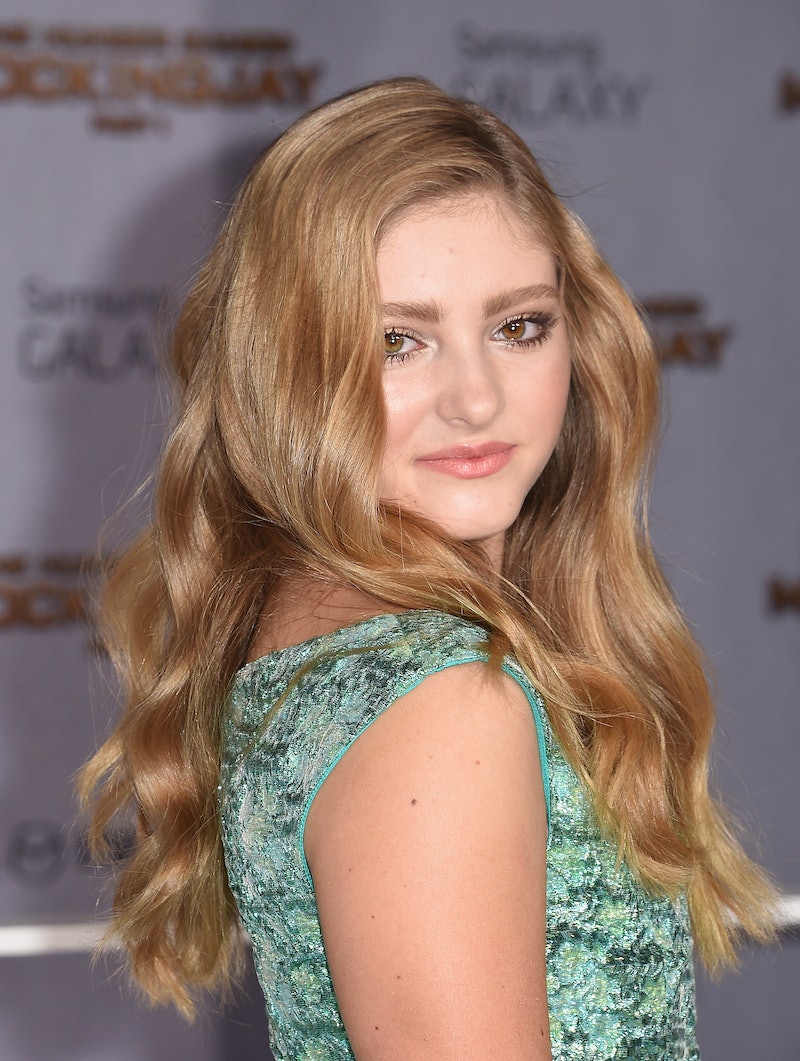 Early Tuesday morning, Dancing with the Stars finally, finally announced its Season 20 celebrity cast, and it is jam-packed with everything you've come to expect from the show — athletes, throwback sitcom stars, musicians, and young actors with dance backgrounds who have an unfair advantage. The stars taking to the dance floor this season will be Patti LaBelle, Suzanne Somers (just think about all of the Step by Step puns on the way), Michael Sam, Nastia Liuki, Rumer Willis, Redfoo, Riker Lynch and, most excitingly, The Hunger Games star Willow Shields. Considering the intense physical nature of the YA dystopian future franchise, Shields might already have a leg up on the competition.

Unfortunately, Dancing With the Stars isn't exactly like The Hunger Games, and Jennifer Lawrence can't come to Shields' rescue and volunteer as tribute for her spot on the show. But, who knows? Maybe Lawrence and B-Coops will make a Silver Linings Playbook ballroom reunion... a girl can dream, right? It's every single not-so-guilty pleasure rolled into one!

However, with Michael Sam, Suzanne Somers, and Patti LaBelle also on the bill, this season will plenty exciting. The rumbas! The salsas! The uncomfortable sexual tension between most competitors and their coaches! Now that Dancing With the Stars is meeting The Hunger Games, let's take a look at how much these two competitions already make a perfect match.

Here is Dancing With the Stars, as told by The Hunger Games gifs.

First the Competition is Selected

The Competitors are Then Given Professional Partners

And Week after Week they Are Given Grueling Challenges

And they Are Judged

There Are Surprise Guests

One by One the Competition is Pared Down

America, the choice is yours.

Until Finally, a Champion is Crowned!

After lots and lots of twirling. Flaming dress optional.