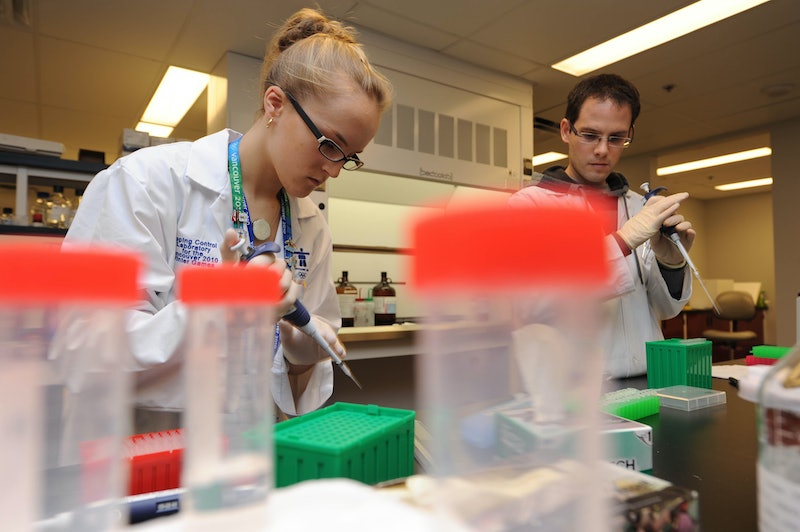 Another city has taken a major step to help rape victims seek justice. In efforts to address the city's major backlog, Houston processed more than 6,600 untested rape kits, turning up 850 matches in the FBI's nationwide DNA database. Mayor Annise Parker and the Houston Police Department announced plans two years ago to test the kits collecting dust in storage. The results are finally coming in, and they show how necessary it is to process the tests. Parker said in a news conference announcing the results:

This milestone is of special importance to rape survivors and their families and friends because it means their cases are receiving the attention they should have years ago.

The 6,663 backlogged rape kits, some of which were three decades old, were tested in the fall and were recently uploaded to the nationwide database that allows the police to compare DNA profiles of possible suspects. So far, charges have been filed against 26 people, and six have been convicted, leading to prison sentences between two and 45 years.

Houston paid two private labs to test a total of 9,750 rape kits, including ones from recent cases, with the $4.4 million the city council approved in 2013. Many kits go untested because of the costs for processing them — each kit can cost $1,000 to test.

Huge backlogs of rape kits exist across the country, and the Department of Justice estimated a year ago that 400,000 kits have gone untested in the U.S. Memphis had 12,000 untested kits and was sued in 2013 for losing an additional 15,000, and in 2009, 11,000 unsorted rape kits were discovered in a Detroit warehouse. The good news is that numerous cities have taken the initiative to start testing the thousands of old kits wasting away in storage. Cleveland processed the nearly 4,000 untested kits in the city's possession last year, and the Manhattan district attorney pledged $35 million to run DNA testing on more than 70,000 rape cases nationwide.

It's troubling that rape kits in every state go untested for up to 30 years, leaving the victims without justice for so long. More cities need to follow Houston's lead in eliminating their backlogs of rape kits, because the situation proves that simply testing kits and running them through the FBI database leads to convictions. Although few suspects have been convicted so far, the police are still sifting through the results from the thousands of cases and regardless, six people are finally in prison for committing a heinous crime, and six people have closure in their case.