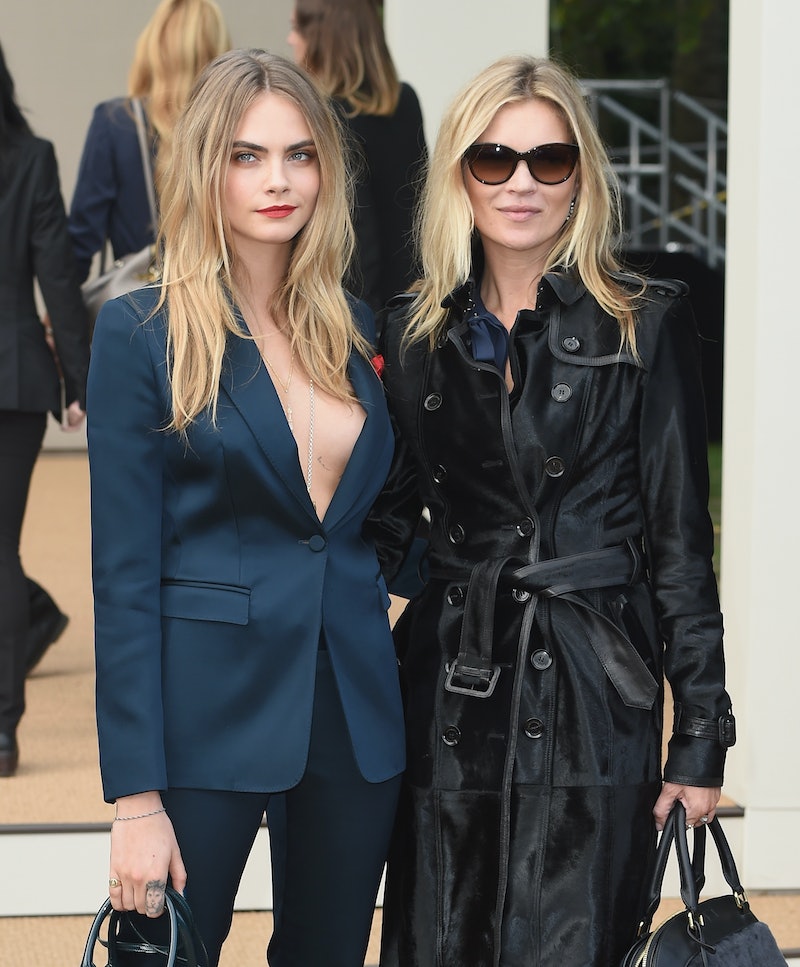 As two of history's most world famous supermodels, Cara Delevinge and Kate Moss are of a special type. Widely known for their striking features, both women have a one-of-a-kind look that is hard to come by — or so we thought. Turns out, Cara Delevinge and Kate Moss have doppelgangers that have been employed by British brand Withings to recreate the supermodels' now-iconic Burberry fragrance ad. It's almost unbelievable how much these younger ladies look like the real deal.

Harley Chapman and Maya Koski-Wood are just 10 and 12 years old, but are already making major noise in the modeling industry, partly due to their striking resemblance to two of fashion's greatest catwalk stars. The lookalikes recreated Cara and Kate's black & white Burberry photos to promote the new watch line for Withings. Chapman (aka, mini Cara D) says "she has been told she looks like the spitting image of Cara before." and honestly, she really does. The two ladies could very well pass off as the kids of their elder versions. Who knows? Maybe they'll even play the younger version of Delevingne and Moss in a movie about the fashion world!

Compare the original campaign shots of Cara Delvingne and Kate Moss from the Burberry fragrance campaign with the recreated doppelganger ones for Withings. The extreme similarities will leave you in awe.