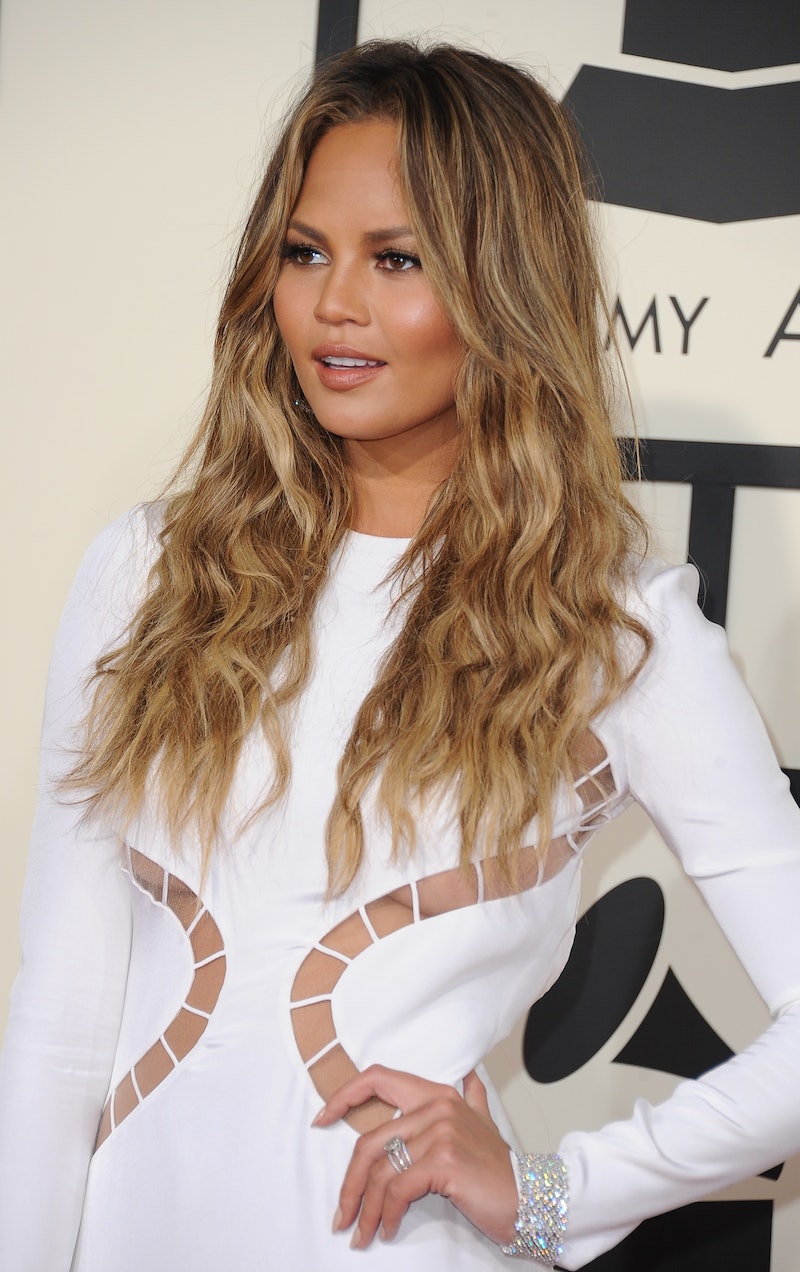 Are you ready for the biggest surprise of the week? Here it is: Chrissy Teigen might not be a magician after all. When the supermodel stopped by Jimmy Kimmel Live! Monday night, she chatted with the host about one of my favorite subjects: magic. After she sang the Magic Castle's praises, Teigen performed some magic tricks. Er, I should say she attemptedto perform some magic tricks. Kimmel, fellow guest Kobe Bryant, and the audience watched as Mrs. John Legend failed to pull off a few sleights of hand. It was a magic snafu. (It is a given that the magic snafu was charming as all get-out because it’s Chrissy Teigen and Chrissy Teigen is never not charming.)

…But like I said, this magic snafu was shocking to see. I assumed Teigen was going to knock this segment right out of the park. Up until I watched the interview, I reckoned The Great Chrissy Teigen a mage. A non-Muggle. A person who has magical powers. A sorceress.

She has the proper magic supplies.

Could a Muggle do that?!?

If magic expert David Blaine says something is magic, it must be magic. Therefore, Teigen must have magical powers. (Looks like all of those logic courses I took in college stuck with me after all!)

So, if she can do magic, what the heck happened during her Kimmel visit? I have a theory: Teigen pretended like she can't do magic to throw us off the scent. Why? Maybe she's sick of people asking her to show off her magic skills. Maybe she's sick of every conversation devolving into a request that she make a swarm of butterflies appear out of thin air. Maybe this magic snafu was just another one of her magic tricks.

I'M ONTO YOU, TEIGEN.

...Orrrrr maybe she really is a Muggle like you and I.