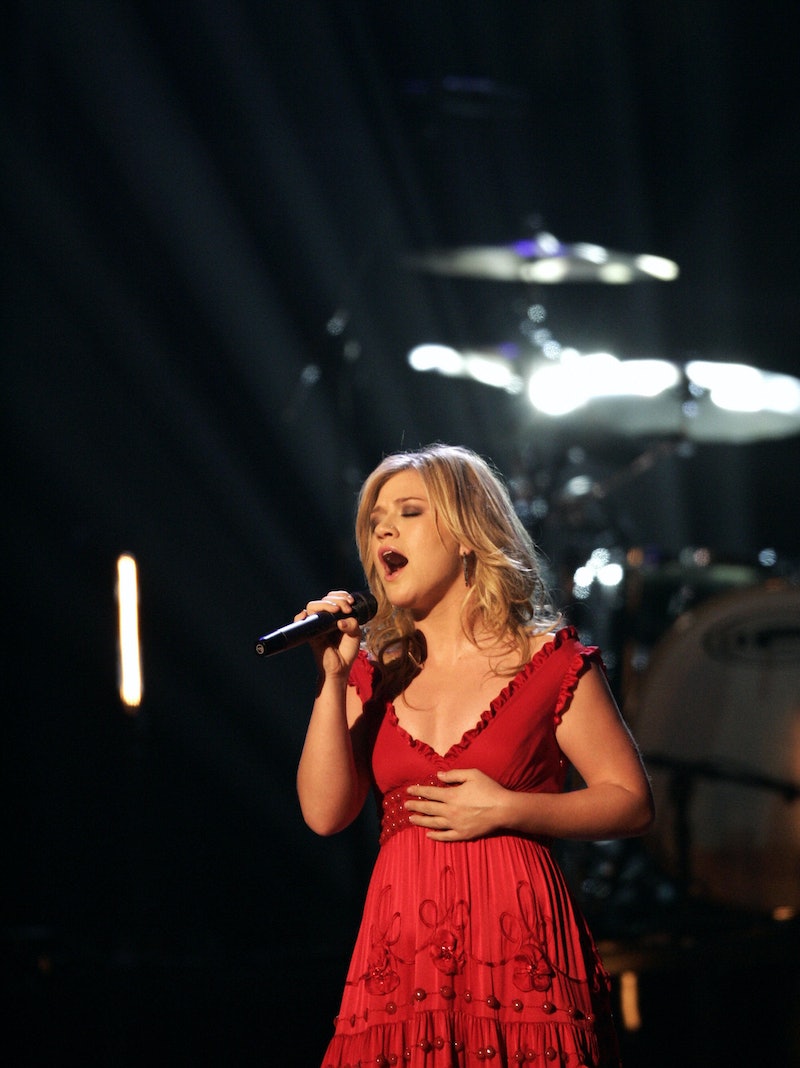 The year 2015 was barely a few days old when Kelly Clarkson dropped hints about her new music, but the Breakaway singer didn't provide many specifics about her upcoming project. In fact, her announcement of a duet with an "amazing" male singer she'd sang with before left fans frantically piecing together clues to unearth his identity. One thing was for sure, though — the guy who met Clarkson's duet criteria had to be someone really special, like the singers on Bustle writer Kaitlin Reilly's Kelly Clarkson collaboration wishlist. Well, here's another hint: this guy is far from one of the ordinary people. That's right, a Kelly Clarkson and John Legend duet will be released on Wednesday, Feb. 25 and I'm calling it right now: This will be a most excellent collaboration.

Obviously, Clarkson doesn't need anyone else's hype to push her music, but her duet with Legend is bound to benefit from the incredible buzz surrounding Legend's Oscar win with Common for the Selma song "Glory." Even without the Academy Award win, Legend really is a great person to put a stop to Clarkson's collaborative drought. It's not like it matters at this point, but just in case anyone still needs convincing that Clarkson and Legend will give us an awesome duet, take a look at their 2012 performance of Ray Charles' "You Don't Know Me" on ABC's Duets :

Ahhh, now we know that this was just a sign of musical greatness to come. Obviously Clarkson and Legend sound wonderful together, but they also both have a reputation for delivering some of the most beautiful ballads, plus they're both musically inspired by the church. For those who aren't familiar, Legend got his start as in a church choir. For an example of Clarkson's church inspiration, check out her flawless execution of a gospel rendition of "Shake it Off."

With these particular elements in common, I'm assuming it made the singers' collaborate even more seamlessly. Whatever the case, I'm glad to have Clarkson back on the music scene. Now that Legend's been announced as her duet partner, I'm prepared for a soul-stirring song that induces a hearty cryfest, because I know it's bound to be just that good.