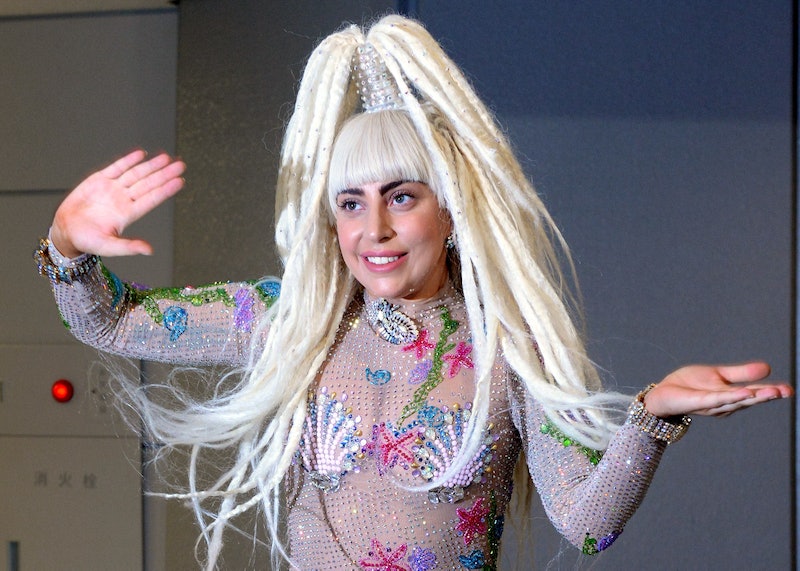 Paws up, little monsters, we have quite an announcement to make. It's just been confirmed that Lady Gaga will be joining the cast of American Horror Story next season. That's right, the eternally avant-garde Mother Monster herself will be a series regular in a show that constantly comes up with new twisted ways to terrify people. Sometimes there's just so much beauty in the world, it hurts.

Details as of right now have been sparse. AHS wrapped up its Freak Show arc back in January, and the next theme seems to be Hotel. Ooh. Likewise Gaga's role is entirely up in the air. But we have a feeling that no matter what the setting, Gaga will shine.

Although this marks Gaga's first real acting role, this is a woman who never strayed from the dramatic. Let's not forget a happy time when she put together highly cinematic music videos. More than that, she has such ease in monstrous costumes, be it three foot tall wigs wigs, Alexander McQueen heel less shoes, or an outfit made entirely of slaughtered Kermit the Frogs (the latter of which probably made the Muppet Thanksgiving Special really awkward).

If all else fails, this could be another great chance for Gaga to show off her musical prowess. Freak Show was practically Glee-like in it's use of anachronistic music, from Fiona Apple to Nirvana. If acting doesn't work out, they can just have her showcase the same jaw-dropping vocals we heard at the Oscars.

In any case, whether she's a banshee or an intergalactic goddess, I look forward to seeing her when AHS returns later this fall.