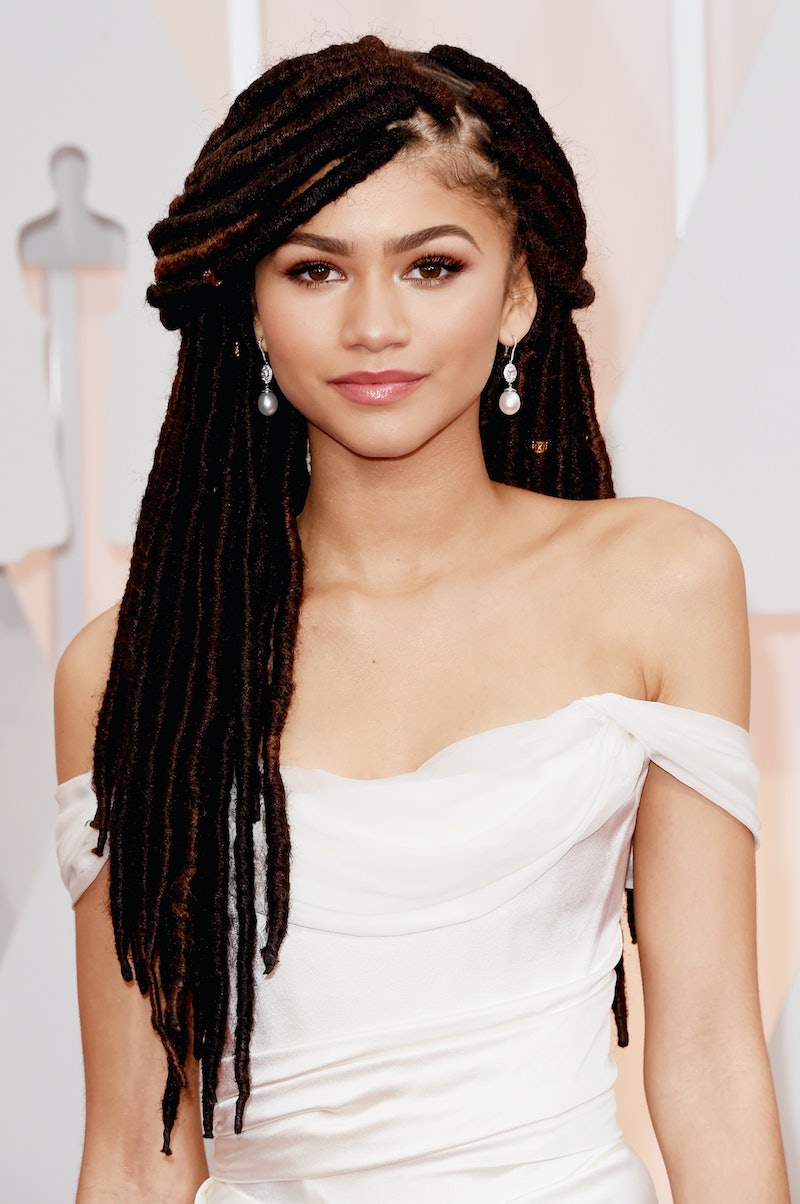 Unless you've been camped out beneath a rock that repels Oscar Awards coverage, you've certainly heard all about Giuliana Rancic's insensitive remarks about Zendaya's hair during a Fashion Police critique, which became even more inflammatory after the E! host followed up with a half-hearted apology on Twitter. Since then, several celebrities have applauded Zendaya's eloquent response to the original comment, and the manner in which Zendaya replied to Giuliana Rancic's additional, on-air apology on Wednesday will surely garner the 18-year-old actress even more support.

Studies have shown that even though we try to act without prejudice, sometimes it's just hidden inside us due to our past or surroundings," she wrote. "That hidden prejudice is often influential in our actions. It's our job to spot these issues within others and ourselves and destroy them before they become hurtful. I have so many people looking up to me, that I couldn't be scared, wait it out, nor could I just stand up for me; I had to do it for WE.

As someone on the receiving end of such a damaging remark (and public, no less), the poised manner in which Zendaya has handled this entire situation is completely admirable. Every day, we see social media feuds go horribly awry and oftentimes spin so far out of control that the original issue winds up buried beneath personal shots and nasty insults. As Zendaya wrote in her post, she totally could've gone the catty route and issued some mean, low-brow retorts of her own. But just like she handled backlash over being cast in the Aaliyah biopic, along with her subsequent departure, she kept her cool and never lost sight of the core issue surrounding Rancic's unfortunate comments, and that in itself, makes Zendaya the ultimate class act.Take a look at Zendaya's full response to Rancic's apology below: