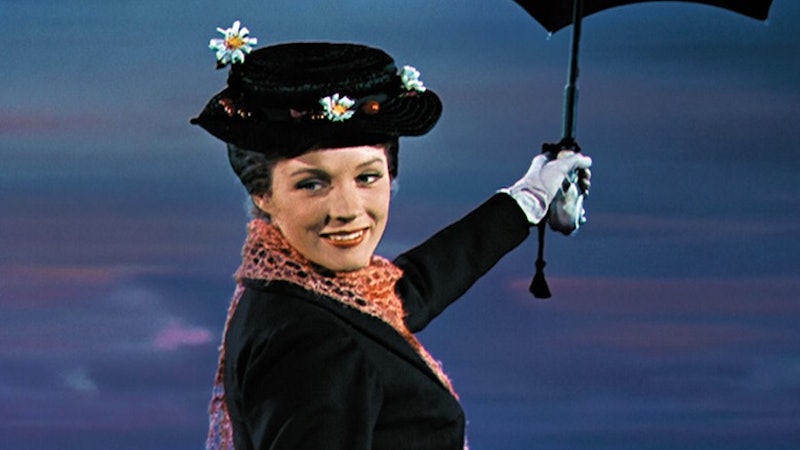 One of the great things about music is that there are plenty of artists who find it totally acceptable to boldly venture outside of their respective genres. Switching up the style that fans are accustomed to hearing is pretty risky, but musicians like CHVRCHES, whose catalogue of covers are nothing short of amazing, show that when it’s done the right way, the results are completely brilliant. The latest amazing cross-genre cover comes courtesy of the ingenious YouTube phenom Andy Rehfelt, who satisfied the curiosity of anyone pondering what it would sound like if Mary Poppins went death metal. Combining a tune sang by a proper flying nanny with heavy-hitting metal music and aggressive vocals may sound a little far-fetched but it totally rocks, in more ways than one.

I have a great appreciation for cover songs because it’s an obvious attempt by the musician to keep things interesting. Also, I also imagine that it takes quite a bit of creativity and brain power to completely revamp the way an original song is crafted.

Anyway, for those who like it when musicians color outside of the genre lines, you’ll be glad to know that there are a ton of really cool covers that change genres.

Here are 7 of the most amazing cross-genre covers:

This cover of Sia's "Chandelier" by one-woman indie band Kawehi is absolutely lovely and adds a noticeable edginess to the original.

It takes guts to cover a Michael Jackson song, but Imogen Heap's totally nails it with her haunting, electronica spin on "Thriller." It sounds almost nothing like the original but its intensity makes it as catchy as the original.

This vintage spin on "We Can't Stop" is awesome from start to finish.

...Or something like that. It's hard to peg Tori Amos as anything other than wonderful, but her piano-backed rendition of "Smells Like Teen Spirit" is absolute perfection.

Because everyone knows Alanis is a genre all on her own. I have no idea how this cover escaped my notice, but hearing her sing so passionately about her "lovely lady lumps" seriously just made my day.

I'll tell you what is unusual—listening to this revamped Tom Jones classic without automatically envisioning The Fresh Prince of Bel-Air's Carlton doing his signature dance. The Wild Colonials' slowed down folksy melody and accordion flourishes work wonderfully here, but methinks it wouldn't go well with Carlton's hip-swaying, arm-swinging choreography.

It wouldn't be a complete crossover cover list without Jay Z's "Hard Knock Life," the 1998 track that instantly transformed the popular musical number from Annie into a hip hop classic.