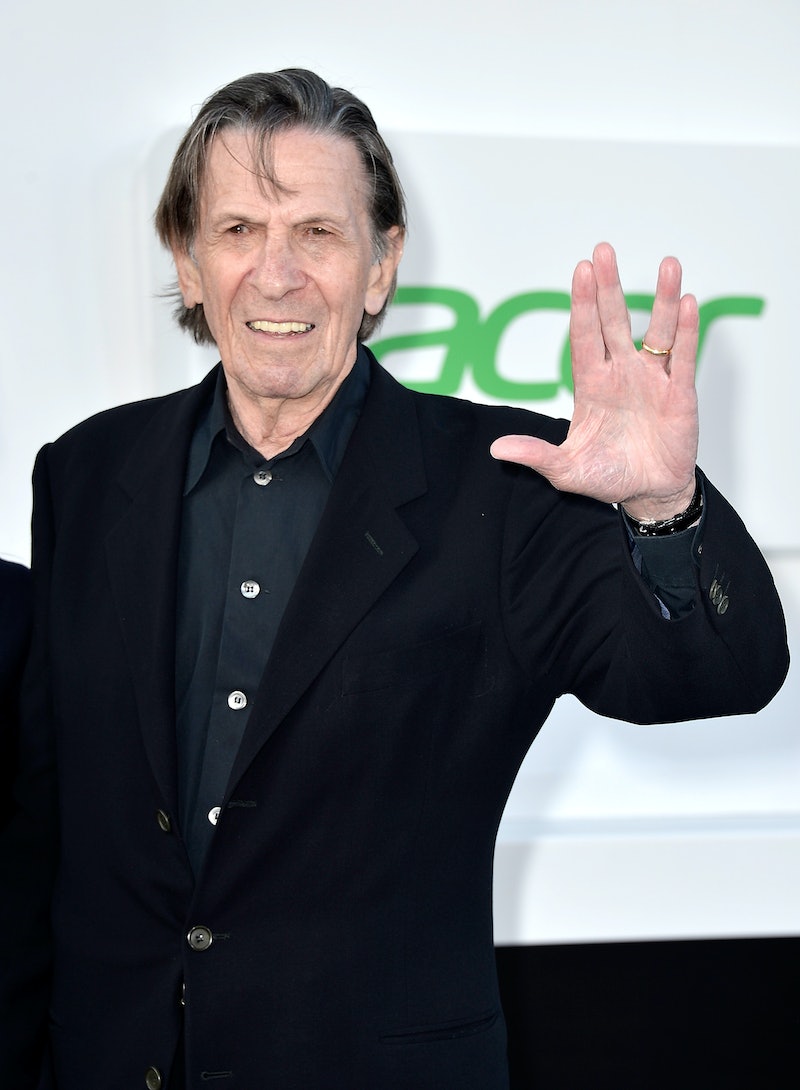 The world just lost another great. At 83 years old, Star Trek actor Leonard Nimoy has died. According to several reports and his wife, Susan Bay Nimoy, the talented actor died at his Los Angeles home after a battle with end-stage chronic obstructive pulmonary disease. In 2014, Nimoy announced that he was suffering from the disease, which he said was caused by his many years of smoking, even though he quit 30 years prior. There's no doubt that Nimoy lived a long and prosperous life, which shined through his work and love of photography.

He was a great and influential man, who will forever be remembered for his role as Mr. Spock. You know what else he'll be honored and recognized for from now on and long into the future? Like his characters, Nimoy will never be forgotten for the words of wisdom he offered others. Seriously, this man was so wise. After much research, I learned a great deal about Nimoy through his quotes. He was a wise man, who just had a way with words. If we all take away anything from Nimoy, it's his words, honesty, and lookout on life.

With that said, here are 11 notable Leonard Nimoy quotes that prove he will always live long and prosper.

"A life is like a garden. Perfect moments can be had, but not preserved, except in memory."

Even on Twitter, Nimoy knew how to get fans to reflect on life.

"In California there's this wet stuff coming down from the sky. Is this what's called "rain"?

He'll truly be missed for his sense of humor. What a great man.

"Whatever I have given, I have gained.

See? He was a master at words and providing wisdom.

"I’ve learned a lot from playing Mr. Spock. Spock has found a lot of answers to the sort of problems just about everyone faces. By playing him week after week I’ve been able to use some of those answers in my own life. I’m much happier because of this."

And we're happier for you portraying the special character.

"My folks came to US as immigrants, aliens, and became citizens. I was born in Boston, a citizen, went to Hollywood and became an alien.”

Just one of the many thoughts Nimoy delivered at Boston University College of Fine Arts' 2012 commencement ceremony.

"Well I am a great believer in what we’ve been told time and time again by people like Joseph Campbell, 'find your bliss.' Find out what it is that touches you most deeply. Pursue it, learn about it, explore it, expand on it. Live with it and nurture it. Find your own way and make your own contribution. Find a way to make a contribution to this society because God knows we need contributions from the coming generation. This planet and this civilization is in need."

"But that’s true in any art form or any risk you take. If you are not taking risks you are becoming boring. When I first put on pointed ears many years ago — that was a risk!"

If he can take risks, so can you.

Leonard Nimoy, you'll always live long and prosper in the eyes of many.