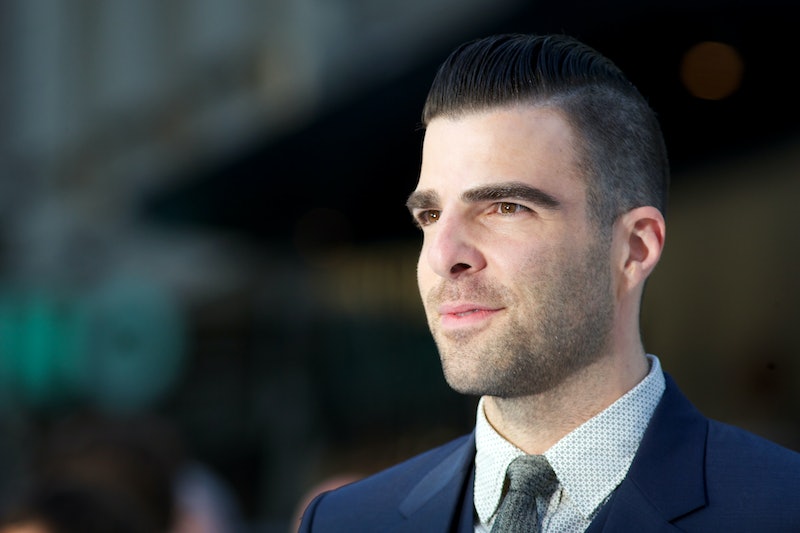 We just heard the tragic news about an hour ago that Leonard Nimoy, beloved star of Star Trek, died this morning at age 83. And now, as if we were even remotely close to being able to grapple with that sad fact, celebrities are beginning to release their tributes to Nimoy, which is going to break our hearts all over again. Especially when said tribute is coming from Zachary Quinto, who took on the mantle of the character Mr. Spock when Nimoy passed it down, and even appeared with him in J.J. Abrams' Star Trek remake in 2009.

Of course we all love Nimoy, and he'll be missed as an actor as well as a man, but there's something about Quinto honoring him that goes deeper than any of the rest of us can reach. Not only did the two work together, but they overlapped in a unique, earnest character with whom you could tell both of them closely identified. And because they cared so much about the ultra-logical first officer of the starship Enterprise, they made the rest of us care about him too, and we didn't even play him! I probably won't be able to hear the phrase "live long and prosper" for the rest of my life without tearing up, and this tribute that Quinto posted to his Instagram today really isn't helping:

Ugh. See what I mean? I think I have something in my eye. Or else the human side of my personality is winning out over the Vulcan one. Either way, a deep and abiding thank you to both these men for treating the character of Spock and each other with such respect. Mr. Nimoy, you will be missed, and Mr. Quinto, you're in trouble for getting me weepy at work.