I'm sorry if that headline got you too excited. We're still a few weeks off from actually experiencing the monstrosity that will be The Real Housewives of Beverly Hills Season 5 reunion. However, we do know the reunion was filmed on Feb. 20, so Bravo is probably getting all of the finger pointing, yelling, and non-apologies ready for our consumption as we speak. But in case Bravo needs any help, I've got a few predictions of my own about what's going to go down at the RHOBH reunion.

I couldn't even tell you how many drama-filled reunions of various Real Housewives incarnations I've watched through the years. But when you become a seasoned veteran like me, there are certain things you come to expect going into a new Housewives reunion. The major feuds of the season will be revisited, and none of them will be resolved. Now that the ladies have had a chance to watch the majority of this season and what each has said about the others on social media, new fights will break out. Host Andy Cohen will be completely inept at controlling the mayhem that arises.

Well, it's nice to know there are still some things in life you can count on. Here are seven moments I'd be shocked to not see during the RHOBH Season 5 reunion:

Season 5 of RHOBH kicked off with a very icy reception for Brandi from her fellow Housewives at Kyle's White Party, and I think it's going to end the same way. Remember when you were going to try to be all about positivity this season, Brandi? How'd that work out for you? Clearly not well as Brandi has been involved in one of the biggest feuds of the season with Kyle, and her relationship with Lisa Vanderpump is still strained, culminating in her slapping Lisa V. in one of the final episodes of this season. I don't think Eileen has totally forgiven Brandi for throwing a glass of wine in her face either. Just as the ladies ganged up on Lisa V. during the Season 4 reunion, Brandi will assume that role during this season's reunion, as PEOPLE reported, and it's not going to be pretty.

2. Sobriety Will Be A Hot Topic 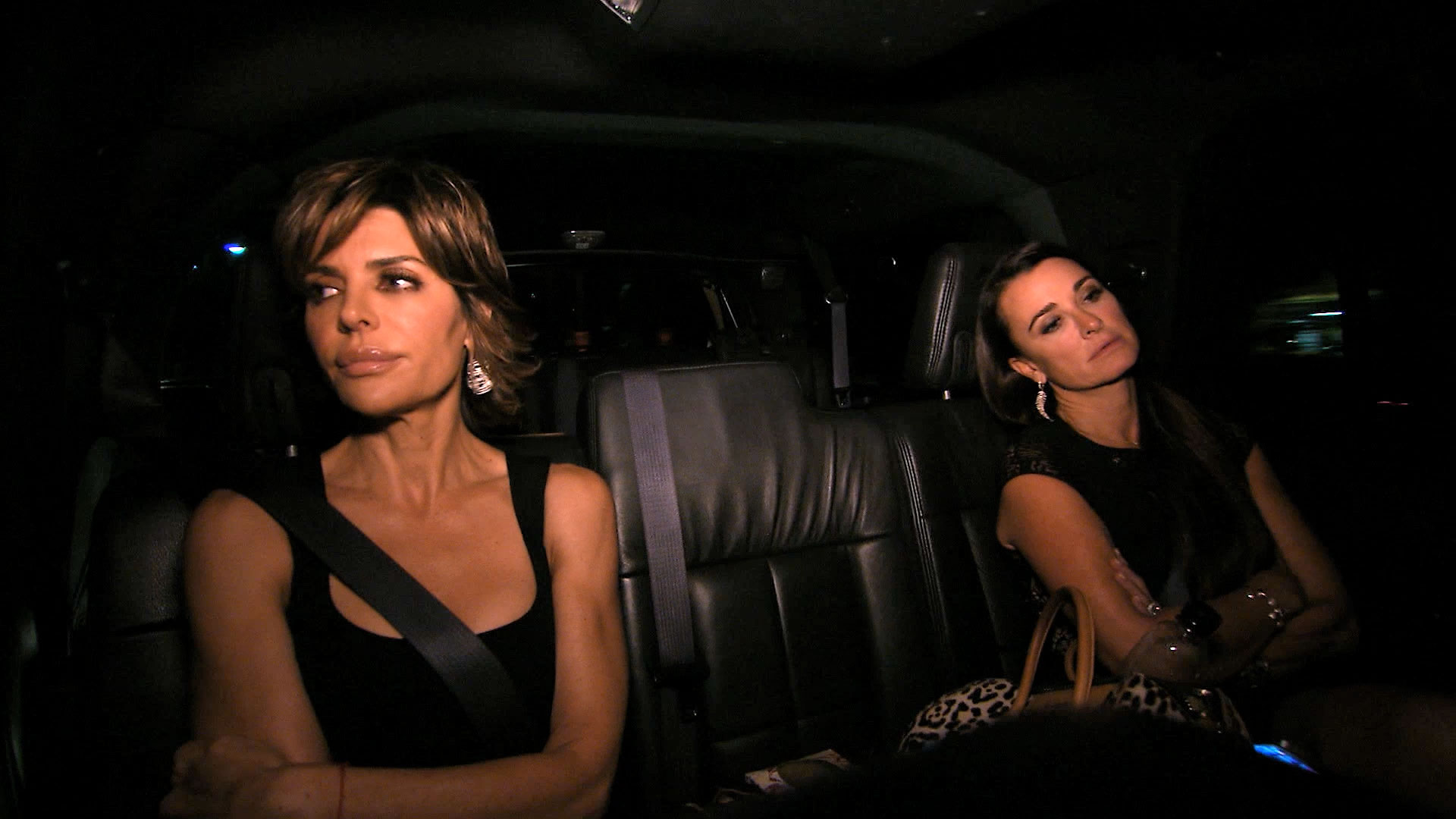 Kim's struggle with alcohol abuse has been documented on the show since RHOBH started, and Season 5 is no different. Ever since Kim acted really weird during Eileen's poker party, which she attributed to the pain medication she had taken prior to the shindig, everyone wondered what was up with her. Lisa Rinna was the most outspoken on the topic, out and out calling Kim an addict and telling the other Housewives that Kim needs help. Brandi's drinking has also been put under the microscope this season. Most of the major flare-ups she has had with the other Housewives have occurred when she admittedly had a little too much to drink. I foresee Andy asking them where their sobriety stands and, of course, asking the other ladies what they think the status of it is as well. 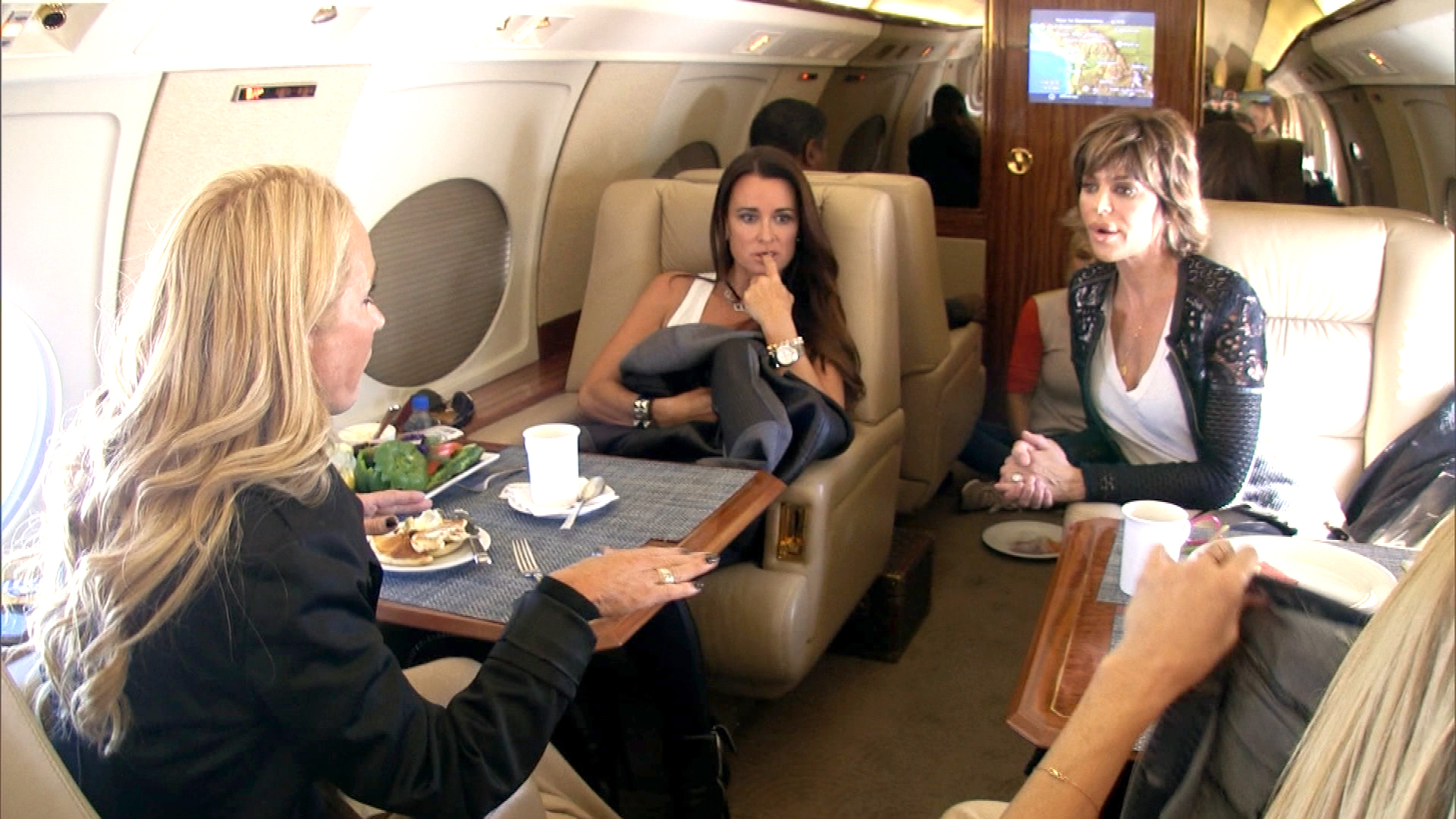 We all saw how Kim confronted Lisa R. about talking about her sobriety behind her back during last Tuesday night's episode of RHOBH. How could any of us forget? It was so cringeworthy. Though the two pledged to drop the whole thing, the spat these two ladies are going to get into during the upcoming episode of RHOBH suggests otherwise. By now, Kim has also had a chance to see everything Lisa R. said about her during the season too, not just Brandi's highlights. I don't think she's going to be pleased, so I definitely expect Kim to bring this up during the reunion, and since Lisa R. is someone who stands her ground, they're going to make it into a big thing.

4. Kim & Kyle Will Bring The Tears 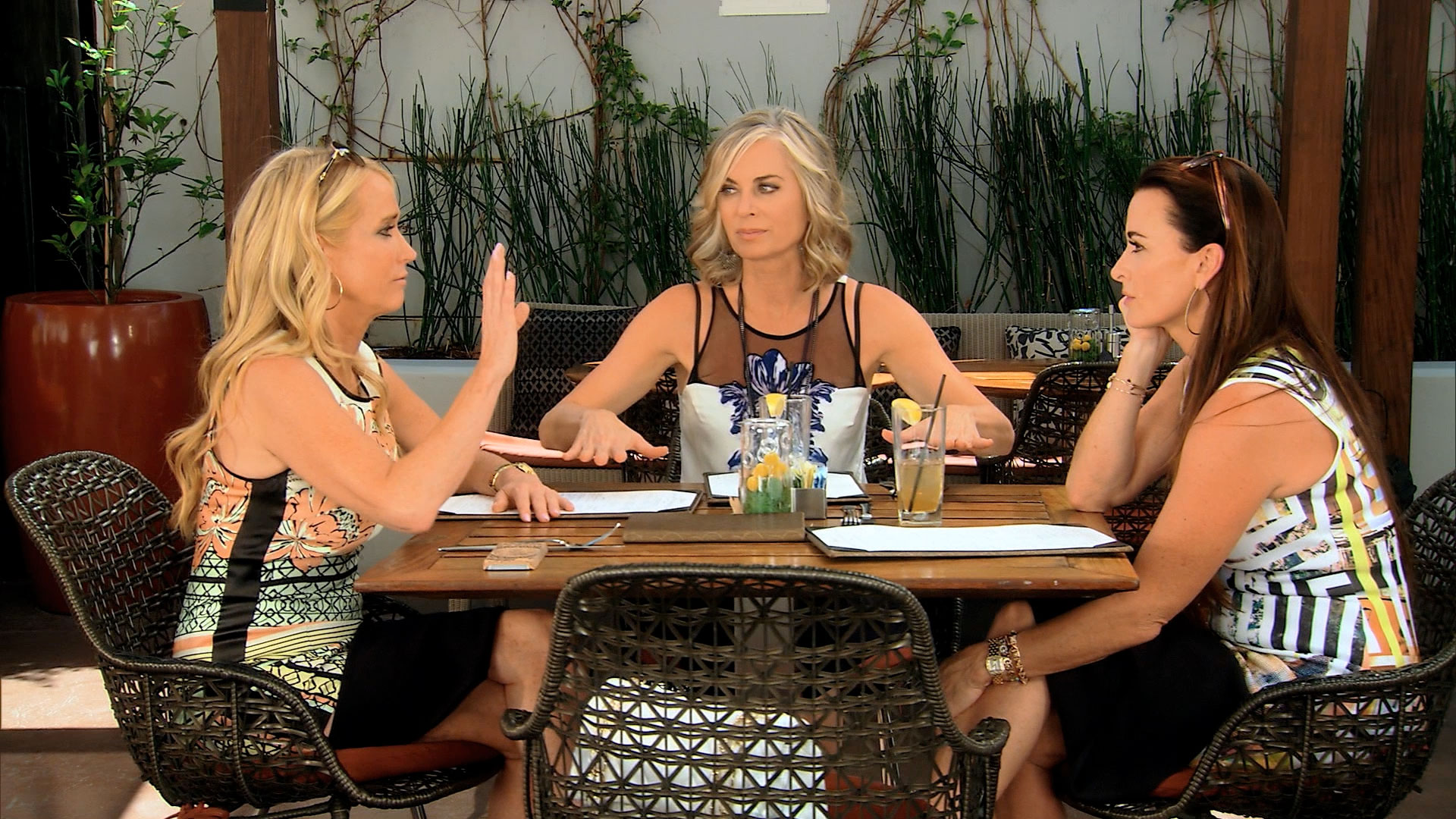 I'm not crying, you're crying! The feud between Kim and Kyle seems so much more real, raw, and significant compared to all of the other RHOBH cattiness because no one gets to you like family. It's really been sad to see all of the rebuilding and repairing of their relationship over the years crumble this season. But as sick as it is to say, family drama also makes for some of the best TV, so of course, Andy will want the two to talk about what was going on in their minds during their fallout and where their relationship stands today. We're all curious anyway.

5. Eileen Says "Who Does That?" Over And Over Again

When Eileen isn't promoting weird sci-fi B-movies on RHOBH, she usually plays the role of outsider looking in at all of the crazy shenanigans these cougars get up to. I have heard Eileen say "Who does that?" on several occasions this season to express her bewilderment at the behavior of her fellow Housewives. Oh, Eileen. You ain't seen nothin' yet.

6. Andy Will Be Unable To Control The Ladies

You know how Lisa V. says, "Throw me to the wolves, and I shall return leading the pack" during the RHOBH opening? Well, picture that happening to Andy during the RHOBH reunion, but instead of emerging as the leader of the pack, he gets eaten alive. Andy is a fun, passionate reunion host, but let's be real. He can barely keep these women in check. I know that's the idea in a way, but it also just makes me sad to see him try to keep the ladies from tearing each other a part and fail miserably in the process. But when you get moments like this, that feeling passes pretty quickly.

7. Someone Throws A Glass 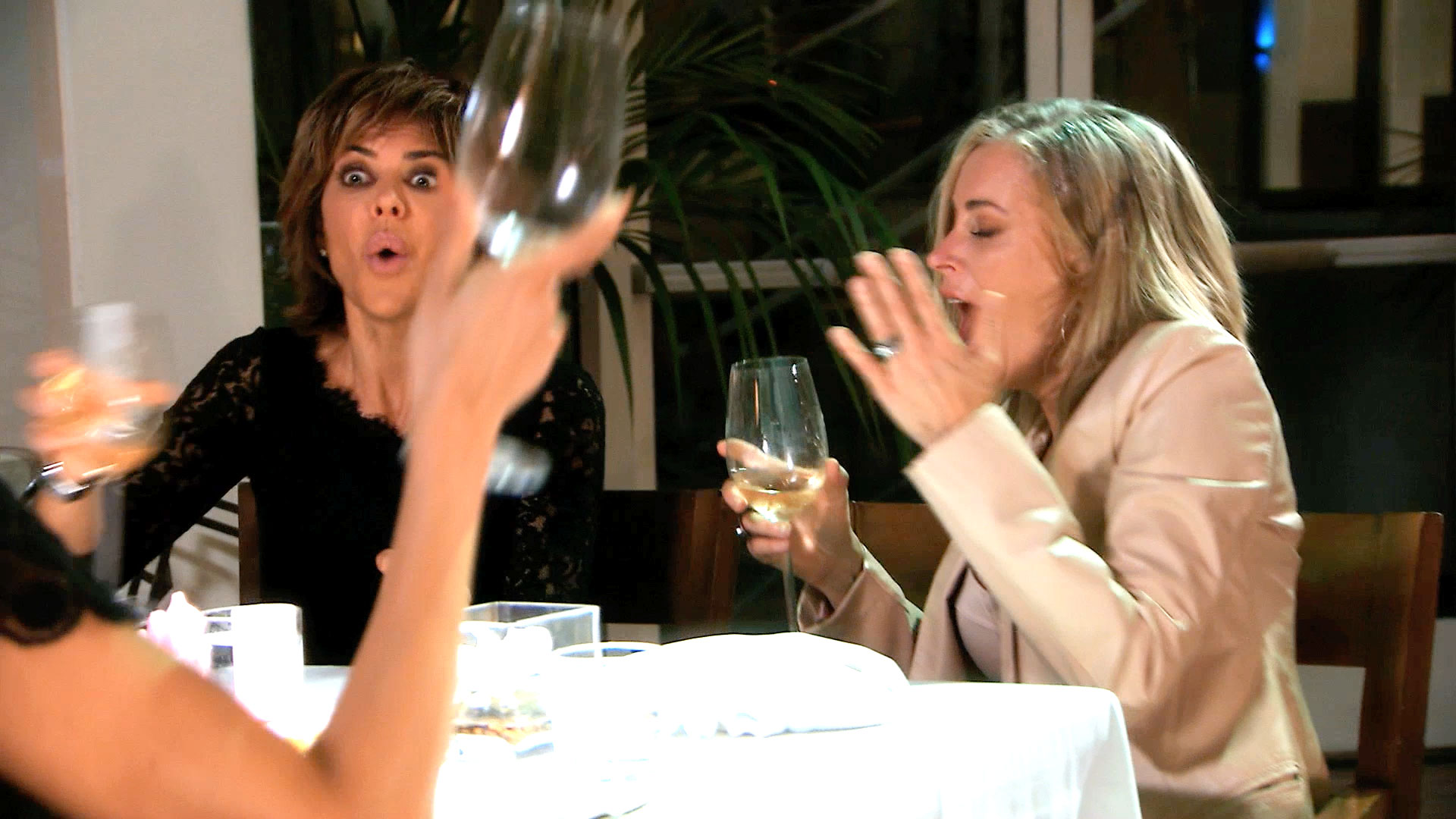 OK, so I actually don't think this will happen because it doesn't look like there is ever any liquid around during these things. How do these women stay hydrated enough to rip each other to shreds? The world may never know. But alas, at least two different Housewives will have thrown drinks this season, so I feel like it's not so far-fetched to think this will happen at the reunion too. The rule of three's and all that jazz.

There's so much we still don't know about the RHOBH Season 5 reunion, but if at least one of these predictions come true, this season will end on a high note. For the viewers at least.