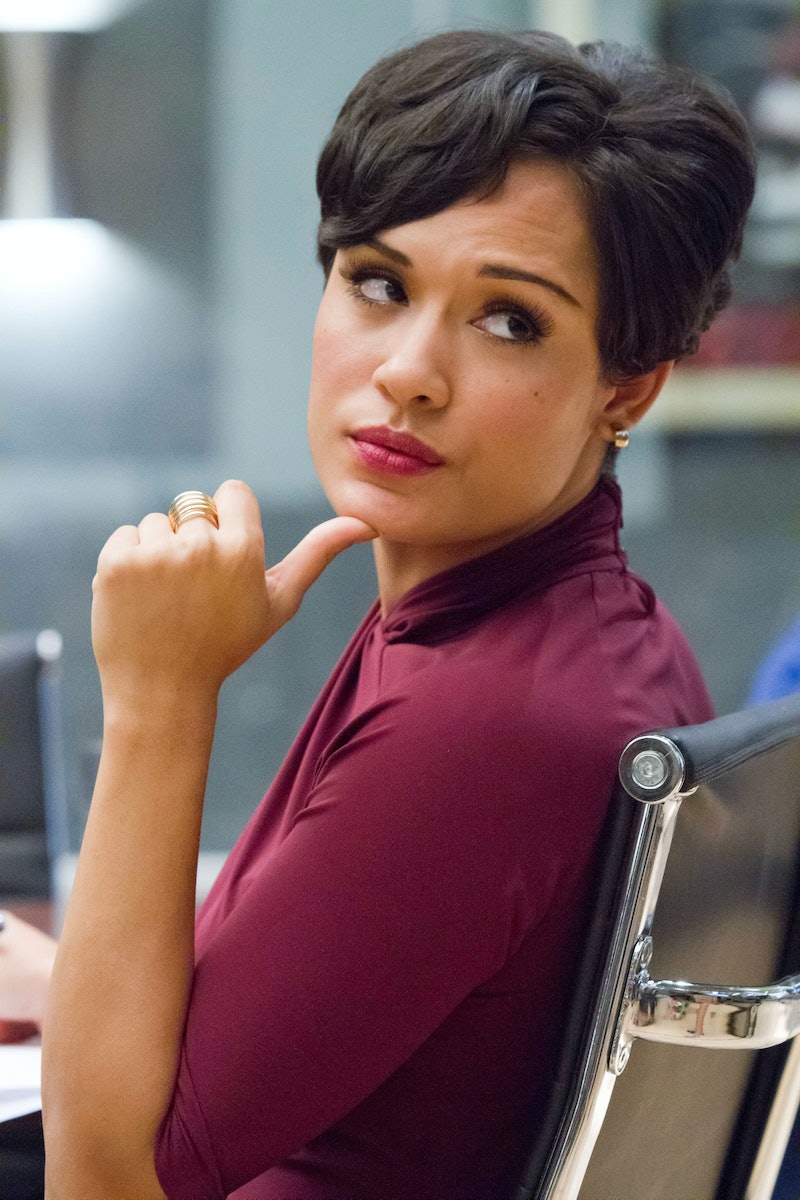 Are you keeping track of all the insulting nicknames that Cookie Lyon has for Anika Calhoun on Empire? She and Leslie Knope should really team up as masters of the metaphor. Anyway, Lucious' ladies are about to have a whole new kind of drama to deal with — according to the description of Wednesday night's episode, "Cookie uncovers Anika's big backstabbing secret" on Empire in "Unto the Breach." The character, played by Grace Gealey, has quickly become the show's most tantalizing villain. We're nearing the end of Empire's first season, can you believe it? That typically means that lips are gonna loosen and heads are gonna roll. Now that Anika is fully aware of Cookie and Lucious' affair, we should be worried.

That said, as scandalous and twisted as Empire is, I honestly don't think we should get our hopes up for a big reveal just yet. What if the secret that Cookie uncovers is just that Anika started an affair with Billy Baretti? When she discovered that Cookie and Lucious had some sexy times in the recording studio after her fiancé had recommitted himself to her, Anika sped off to visit Lucious' industry rival, ditching her engagement ring in the process. The repercussions of that action are enough to shake the series. Never underestimate the power of a love triangle on television.

There's really no reason for Anika to stay at Empire Entertainment other than her relationship with Lucious... except for that one time when Lucious had Anika's father falsify medical documents to hide his ALS from the company and the public. That's just the sort of clerical felony that could bring Lucious down. Forget the fact that he murdered Bunky in cold blood — remember how Al Capone was finally put away for tax evasion? I expect some good old-fashioned blackmail from Anika's family in the coming weeks on Empire.

Then again, we still don't know much about Anika. We don't know how she and Lucious met. We know that she's a debutante and her father is a doctor, as I mentioned, but not how she got involved in the music industry. Considering that Lucious Lyon is almost exclusively interested in musicians (I say that based on his feelings towards Andre's career path), was Anika once an aspiring artist herself? If so, what happened there and what does she have planned next? Her character is so sour, I'm not sure I want to hear the kind of music she would make. However, she's too independent to not have an endgame in mind and last week's episode solidified that.

Anika and Baretti clearly have a history if she was able to light a flame with him that easily. Do the two of them have secrets that could affect the Lyon family? One would assume that Anika's trying to take Lucious' empire for herself. Her push to marry Lucious ASAP could not possibly be only about loyalty. With this new development in mind, it's also possible that she's going to destroy it.