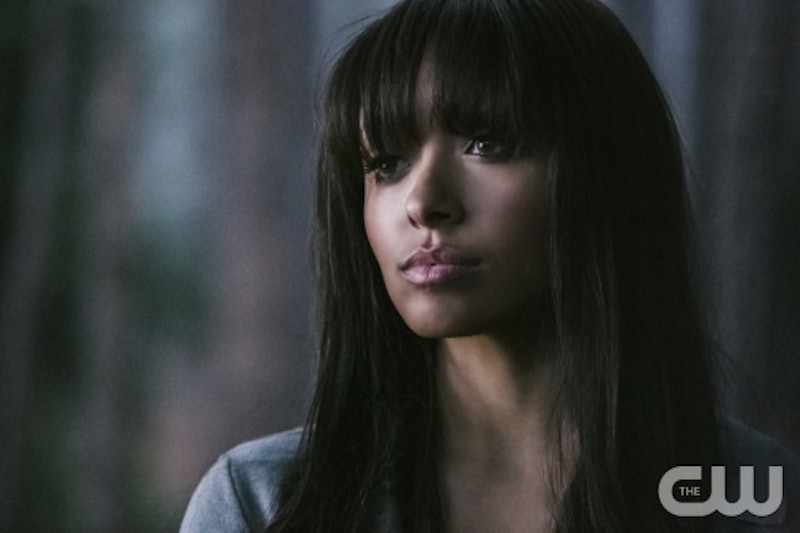 Witches are so hot right now. Thanks to Witches of East End, American Horror Story: Coven, and The Originals, it's fairly easy to get witchy with it. But TV witches have been around for a long time. From Samantha Stephens to Bonnie Bennett, I pay my respects to some of my favorite witches from the small screen. And trust me, I love ALL of the witches, so choosing only a handful was gut-wrenching. Here are a few of the witches that made me wish I had a cauldron of my very own:

Samantha Stephens (Bewitched): Quite possibly the most adorable, mischievous witch of all-time. Sure, her mortal husband can be a bit of a wet-blanket with the "no spells" policy, but she can't help who she is! She uses her magic on the regular, and hijinks ensue. I have yet to master her signature "nose-wiggle" move, but the day I do, I'm positive I'll unleash witchy skills of my own.

Willow Rosenberg (Buffy the Vampire Slayer): Intelligent, sweet Willow is Buffy's best friend and a rather powerful witch. I get so jealous when she succeeds at a spell. All I want is to get my paws on a pile of magical ingredients and partake in sorcery. She is hilarious, lovable, and the perfect embodiment of the '90s witch (that's a specific character in my mind, okay?). Some heavy, personal junk happens to Willow so she uses her witchiness for evil for a while. However, she learns how to control her darker side and ultimately saves her friends.

Alex Russo (Wizards of Waverly Place): OKAY, she's technically a wizard, but I'll let it slide. She's a cool teen with a 'tude who does what she wants. She's kind of a mess, but in a fun way. She uses her wizard-y abilities to prank her brothers (and the occasional "save the world" moment). If I was a teen wizard/witch, I can't say I wouldn't do the same. I suppose some witches only use their powers to battle other magical beings/protect civilization/heal people, but others, like Alex (and me in my mind), make time for a supernatural practical joke.

The Halliwell Sisters (Charmed): I always wanted sisters. I always wanted to be a witch. This show only reminds me that I have neither. It remains a raw nerve, I suppose.

Bonnie Bennett (The Vampire Diaries): I haven't finished Season 4, but I accidentally found out the ending. It ruined my day, to say the least. Bonnie is one of the most selfless characters on the show and what's that? Oh right. She's AN INCREDIBLE WITCH. She casts spells left and right to help out her friends. Sometimes, this means she sacrifices herself. UGH, Bonnie! You have the loveliest personality, a heart made of gold, a face made of beauty, AND you're the noblest of witches. I want to be Bonnie, but if I can't be Bonnie, I at the very least want to be her friend.

Sabrina Spellman (Sabrina The Teenage Witch): Could you get any more witchy with that name? Sabrina has a talking cat, so that's stupidly unfair. His name is Salem and he is a witch that was turned into a cat. Again, Sabrina is a witch who has a talking cat with the mind of a witch. Perhaps Salem deserves his own spot on the list. Sabrina's mortal boyfriend Harvey dumps her because she's a witch (IDIOT!), but they end up together at the end of the series. If I was Sabrina, I wouldn't forgive Harvey. If he doesn't understand why being a witch is THE BEST from the get-go, then he isn't worth a minute of your day! She almost didn't make it on the list because of that little plot twist, but I can forgive her... THIS TIME.