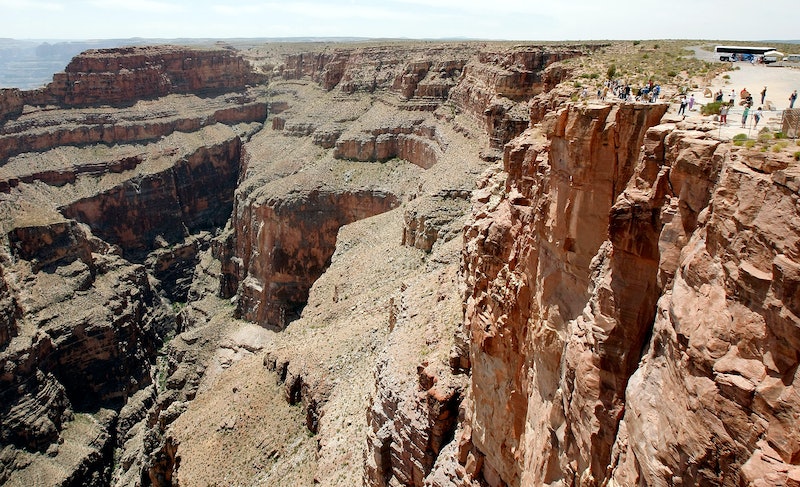 If you've been feeling miffed lately about the lack of zoos, slow airport lines and closed national parks, here's some good news for you. The White House gave the go-ahead Friday to re-open several national parks, including Mount Rushmore, the Grand Canyon, and the Statue of Liberty — but it's on the states themselves to pay the bills. Meanwhile, Congress slowly inches its way to a possible resolution, with President Obama making an aggressive push Friday to force a deal with House and Senate Republicans to raise the debt ceiling and end the budget standoff.

Arizona Gov. Jan Brewer managed to reach a deal with the federal government to use state and local funding to reopen Grand Canyon, agreeing to pay the Park Service $651,000 to keep the park open for seven days, starting today. But that's nothing compared to what they expect to get from the tourism they've sorely missed over the last week of the shutdown — 18,000 people visit the attraction each day at this time of the year, bringing in roughly $1 million per day to the local economy.

"I'm gratified the Obama administration agreed to reverse its policy and allow Arizona to reopen Grand Canyon, Arizona's most treasured landmark and a crucial driver of revenue to the state," said Brewer.

In New York, the state has agreed to pay $61,600 per day to fund the National Park Service and open up Liberty Island again.

"Every day that Liberty Island is closed means we are losing visitors who would otherwise be spending at our local businesses," New York Gov. Andrew Cuomo said in a statement Friday. "Not to mention the employees who maintain the park and have been forced out of work."

"This is a practical and temporary solution that will lessen the pain for some businesses and communities in New York during this shutdown," Interior Secretary Sally Jewell said in a statement. "We want to reopen all of our national parks as quickly possible for everyone to enjoy and call on Congress to pass a clean continuing resolution to open the government."

And from Monday onwards, Mount Rushmore will also be a possible tourist destination again. South Dakota, in conjunction with several corporate donors, have worked out a deal to foot the $15,200 a day to keep the landmark running.

Meanwhile, the Obama administration rejected a measure from House Republicans Friday that would have raised the debt ceiling for a few more weeks, as long as the president agreed to deficit-reduction negotiations. Another proposal put forward by Senate Republicans, which offered a raise in the debt cap through January and an explicit deal to end the federal shutdown, appears to be the likelier option. The government is running short of time and will soon be low on funds, too — if its borrowing authority isn't extended by October 17, it'll be left with $30 billion and, by October 22, the country will be unable to pay all of its bills.