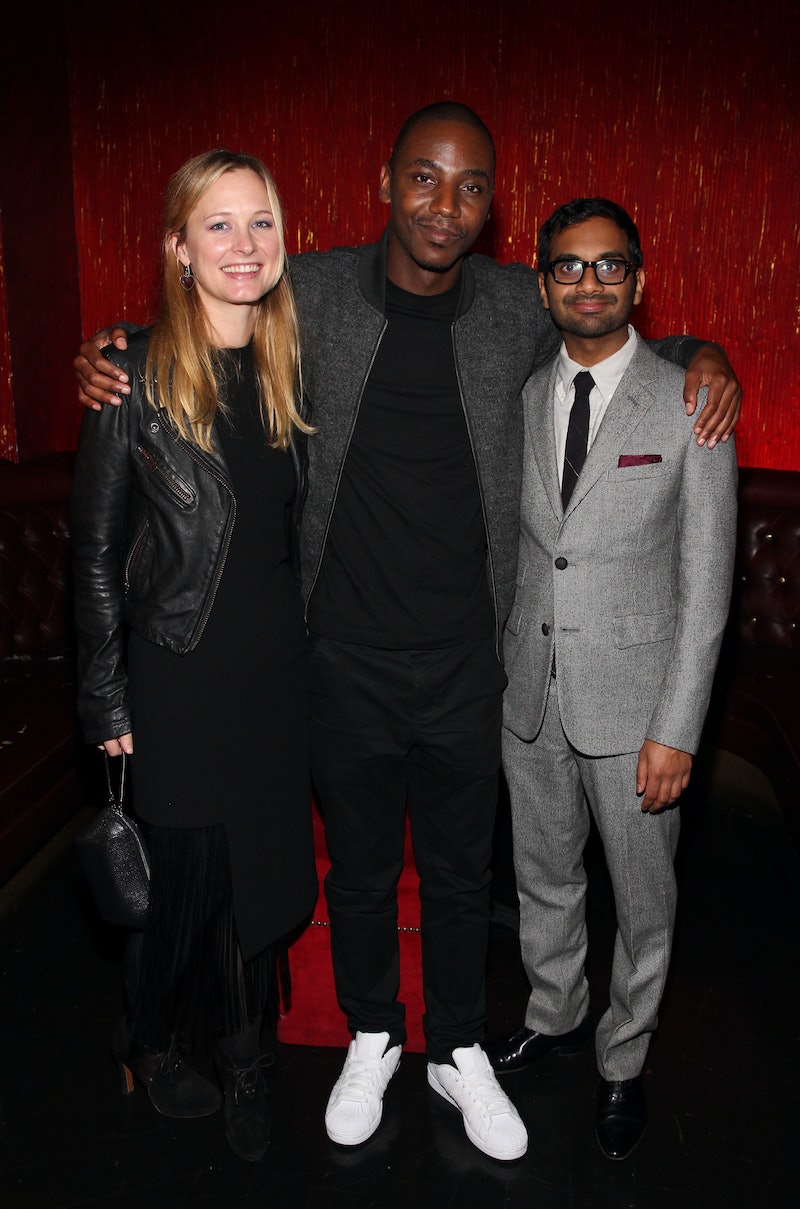 In case you haven't noticed, Aziz Ansari is no longer a single guy. Since August, he's been dating chef Courtney McBroom, and it's hard to deny they're adorable together, especially when you hear the adoring way in which Ansari talks about her in interviews. But since their relationship came seemingly out of nowhere, it is a little confusing how their paths would cross. Fortunately, Ansari has talked about their first meeting before, and although the story is pretty vague, it sounds pretty normal for the guy who starred on Parks and Recreation. So how did Ansari and McBroom meet? Their timing was terrible at first, because McBroom spoken for.

In a 2014 interview with Billboard, Ansari explained everything, saying,

I met her years ago when she was seeing someone. I thought she was really cool. Then I ran into her randomly and she was single. I’ve kind of settled down. I was the guy eating Skittles and having lots of fun, and then I was like, "I need a nice nutritious salad" — she’s the salad.

Since Ansari is a noted foodie — something you're definitely aware of if you follow him on Instagram — it's not surprising that he'd have a run in with someone who dedicates her life to making good food. And since getting together, they've turned their common interest into a food project called Large Marge. Recently, they've been hosting pop up shops all over Los Angeles, and from the pics Ansari's been posting, I can say with a certain amount of confidence — and years of experience watching Gordon Ramsay's shows — that McBroom has some serious talent. Can we talk about how good this looks?

Guys, this is a cake made of churros. I can't even handle how delicious this looks.

Mostly, I love McBroom because that Ansari says she helped him arrive at his feminist awakening. And because of that, she's responsible for this genius comment Ansari once made while talking to David Letterman:

My girlfriend has influence on me. She's a big feminist. That made me think about those kinds of issues. I'm a feminist as well. Any feminists out here: clap if you're a feminist ... You're a feminist if you go to a Jay Z and Beyoncé concert, and you're not like, mmm, I feel like Beyoncé should get 23 percent less than Jay Z.

Amen, Ansari. May your relationship with McBroom end in a beautiful wedding with delicious food.