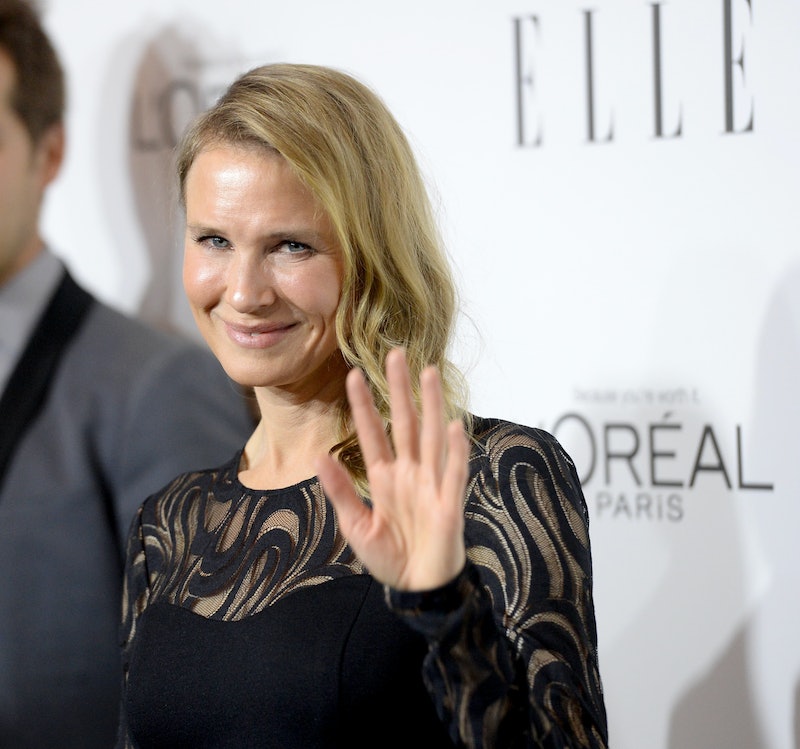 Between Kim Kardashian West and Jared Leto's platinum transformations, drastic hair changes have been a major part of Paris Fashion Week. However, the platinum pair aren't the only ones experimenting with their hair. Renee Zellweger premiered chic new bangs at the Miu Miu show that perfectly framed her now infamous face.

Zellweger underwent criticism back in 2014 when she walked the Elle's Women in Hollywood red carpet with what many considered to be a drastic new look. Social media criticism spread far and wide, but Renee, ever the classy lady, spoke out about the controversy stating to People, "I'm glad folks think I look different! I'm living a different, happy, more fulfilling life, and I'm thrilled that perhaps it shows." The buzz even prompted some of Hollywood's heavy hitters to come to her defense.

Now, Zellweger's critics are going to need a large slice of humble pie. The Oscar winning actress looked positively stunning as her wispy, new bangs took center stage. The rest of her blond tresses were pulled up into a stylish top knot, and the bold red coat she sported only worked to compliment her radiant glow, which was emphasized with minimal makeup. Nothing but kudos can be given to Zellweger for her chic, cool new style.