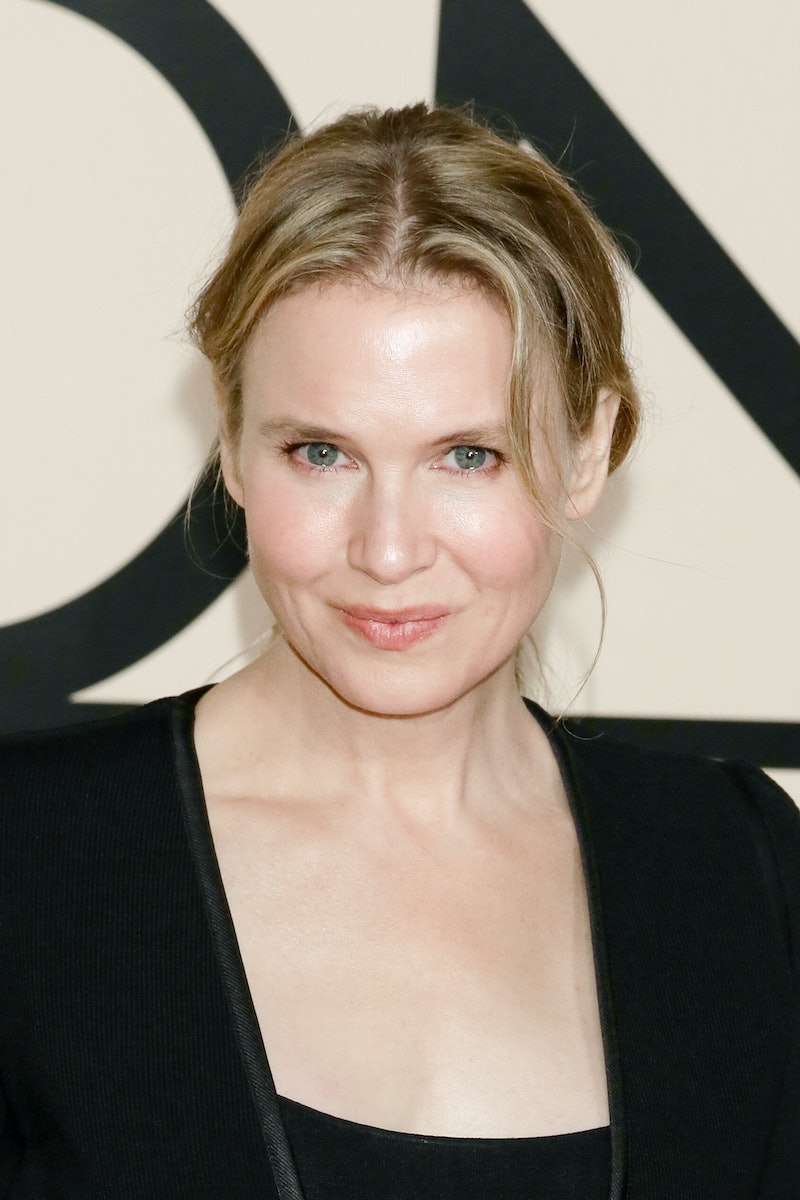 As disappointing as all the talk and jokes about Renee Zellweger's "new look" was, it's been great to see all the support flowing in for the actress. A lot of Zellweger's fellow celebs took to Twitter to share their encouragement for the actress and to call out those mocking her. But even more inspiring to see is that it wasn't just female stars commenting on the issue. A lot of male celebrities sided with Zellweger against the media and Twitter users who were making fun of the actress. People from Zachary Quinto to Russell Brand and more made it known that they supported Zellweger no matter how she looks.

It's a pretty marked change from the male celebrity response to the infamous nude leak. Actually it's an improvement over many of the responses, male and female. When scores of women saw their private photos leaked online in the last few weeks, celebrities like Ariana Grande and Jessie J had problematic responses to the leak, body shaming and placing blame on the women. There were also very few men to respond with support. With only a handful of big names like Andrew Garfield, Josh Hutcherson, and Seth Rogan willing to comment on the issue in a non-blaming way.

But so far the Zellweger issue has gotten many more famous men to stand up and comment in her favor. Brand dedicated a seven-minute YouTube video to the topic. The comedian pointed out that her "new look" is really just "Renee Zellweger plus time." He was joined in his opinion by many other male celebrities on Twitter.

But it's not just the men who have come to Zellweger's defense.

It's nice to see that men and women alike have come together to support her because it shows it's not just a woman's issue to get attacked by the media for your appearance. Rather this is an issue of a mistreated human and everyone is standing up for her, not just women who might have known what she went through.

If only the nude leak had gotten a similar response. But I guess we just have to take these things one step at a time. Next time there's a situation like this where a woman is being subjected to unfair scrutiny or public shame (hopefully there won't be a next time, but you have to be realistic) let's hope everyone reacts like they did for Zellweger. This is the kind of support stars need to give their fellow celebrities, no matter what the issue at hand.