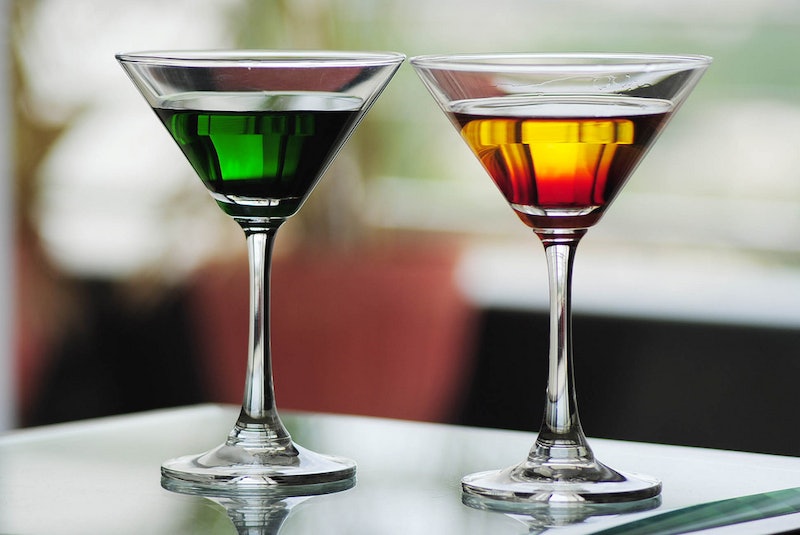 So hey, remember back in 2014 when it looked liked “Palcohol” was going to become a thing — only to have its hopes dashed by the Alcohol and Tobacco Tax and Trade Bureau and vanish quietly into the night? Well, it's back: Palcohol powdered alcohol has been approved by the TTB as of Tuesday, March 10. Good news? Bad news? Indifferent news? You be the judge.

Palcohol first hit the scene in April of 2014; originally targeted towards audiences of sporting events and concerts, it was touted as an easier, cheaper alternative to buying overpriced booze at stadiums and other venues (think of it like adult Kool-Aid or Crystal Light). However, mere days after it looked like the powdery concoction had gotten the green light, the Alcohol Tobacco Tax and Trade Bureau announced that Palcohol's “label approvals were issued in error.” We don't know entirely what that means or how it happened, but according to Palcohol's parent company, Lismark, “There seemed to be a discrepancy on our fill level, how much powder is in the bag.” Lismark said that it would eventually resubmit the labels for approval, which was pretty much the last we'd heard of the issue... until now.

Nearly a full year after its initial introduction, Palcohol has finally received approval from the TTB. There's no word on exactly when we can expect the stuff to hit shelves, although according to the Associate Press, founder Mark Phillips hopes that it'll be sometime during the summer of 2015. Four of the original seven flavors have gotten the go-ahead to proceed — powdered versions of cosmopolitans, margaritas, vodka, and rum — with approval for a fifth (lemon drop) expected shortly.

But, as Consumerist notes, the TTB stamp of approval is no guarantee that Palcohol will be sold nationwide. Individual states also regulate alcohol sales, and a number of them have already decided to ban it. Apologies to anyone living in Alaska, Delaware, Louisiana, South Carolina, Pennsylvania, and Vermont; you won't be able to purchase Palcohol in-state. Texas is also considering banning it, as are Iowa, Ohio, Rhode Island, and Utah.

To be honest, I kind of understand why lawmakers want to tread carefully around powdered alcohol; after all, there's a lot we don't know about it. I don't mean that we don't know what's in it, though; I mean that we don't know how the form itself will affect how people use it. It's a novelty, and although it's intended to be mixed with water, there's really no telling what other uses to which people might put it — and how comparatively safe those other uses might be. Furthermore, there's no way to know any of that until Palcohol is out there in the wild. It could be unremarkable... or it could be chaos. It's anyone's guess which.

That said, though, Mark Phillips has a point when he stresses that Palcohol is just “liquid alcohol in powder form.” It's not some crazy new street drug; additionally, since it will be regulated the same way liquid alcohol is, concerns that it will be super easy for underage kids to get a hold of it are probably unfounded. The takeaway from all this is that we'll probably need to exercise caution with it — but also that we don't need to do any fervent pearl-clutching. Drink responsibly, right?