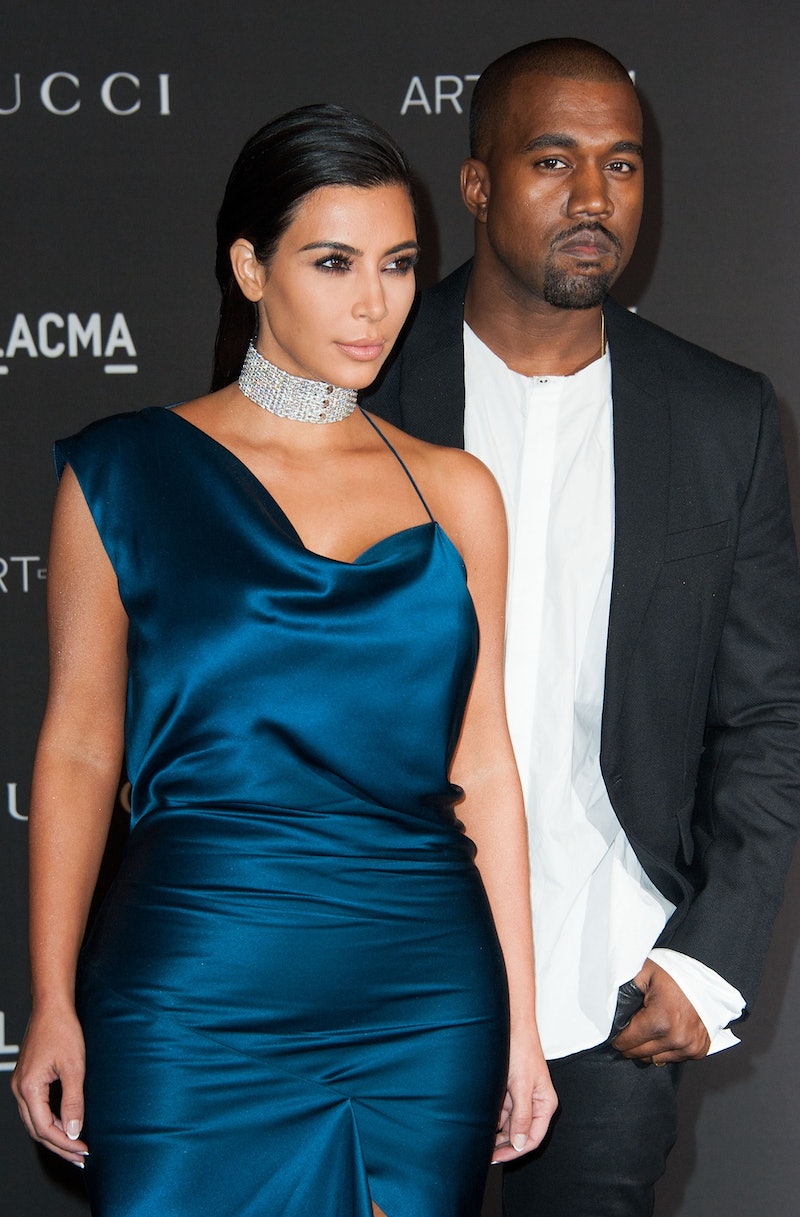 Kimye's making headlines, again, and this times it's thanks to hacktivist group Anonymous targeting Kanye West and Kim Kardashian for their lifestyle, antics, and egos. Someone claiming to be with the activist/hacker group released a seven-minute long video bashing both West and Kardashian for their actions, how they live their life, and pretty much everything the married duo has made headlines for. The group even goes as far to call West "a new slave in the industry."

They say in the video:

We once had a great deal of respect for you. We admired your art, creativity, original vision, and non-conformity in your work. But now, Anonymous has targeted you here with this message because you disgrace what you stand for, when you self-proclaim to be a modern Renaissance prodigy in your radio and TV interviews with such an obnoxious history, it pisses us off. We watch the things you say and the way you depict yourself. You are not anywhere even close to the status of our brothers and sisters who made the Renaissance period what it was. I think it’s time to awaken from your insanity…you’re not a Renaissance man, you’re just a new slave the industry uses to help keep the population in a cycle of stupidity and distraction.

Anonymous is known for being "digital Robin Hoods" and targeting celebrities. Now the group, mainly an individual in a Guy Fawkes mask, is seeking to shame the rapper and reality star.

Seeing as the video is quite long, for those who don't want to take the time to watch it in its entirety, here are a few items Anonymous discusses. Yes, a lot of what the group slams is in relation to what Kimye has been bashed about before, including Kardashian "breaking the Internet" and West crashing Taylor Swift's 2009 VMA speech. Check it out.

“I bet even Jesus himself would have been proud to walk with you.”

"You always have to steal the moment from others who work equally as hard for their recognition, and even expect everyone else to be aligned with your personal opinions. You smack other artists in the face if they don’t fit within your personal definition of an artist."

“You’re like a spoiled child in a grown man’s body who is willing to set off a boiling temper tantrum at any moment if you don’t get all the things you want."

On Kim's Attempt To "Break The Internet"

“Can I ask you something? Would [your mother] have stood beside you and your wife’s decision, you know, to break the Internet with Kim’s full nude photos?"

“A woman who skates through life with the praise and worship fueled by the leak of a sex tape on the Internet. Really Mr. West? Is this the best you could do with so many talented, artistic women across countries?"

On Kanye's Love Of Fashion

"Fashion shows are not going to make the world a better place.”

The video comes just one day after West's new song "Awesome" was leaked. Maybe Anonymous just felt inspired to show Kimye how not awesome they are?