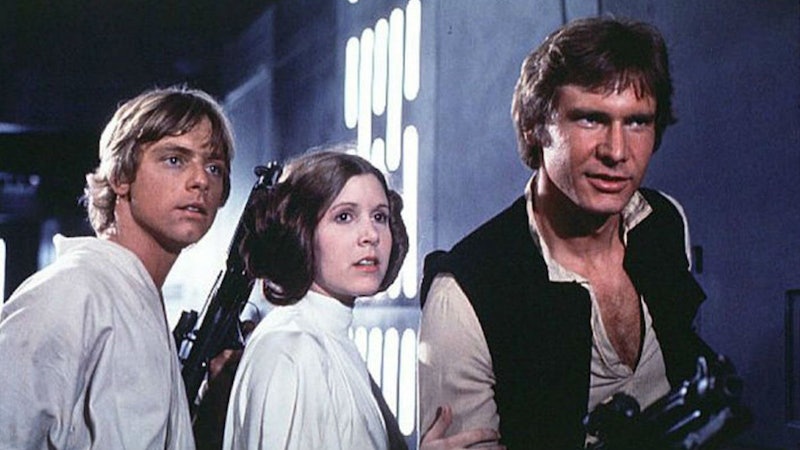 In case you haven’t heard by now, Star Wars Episode VIII’s May 26, 2017 release date is official, along with the announcement of Gareth Edwards’ Star Wars movie Rogue One. Basically, there’s a lot going on in the realm of space galaxies, but in the meantime fans have quite a bit of wait ahead of them. A lot can happen in a 2-year time span — plus this news kind of makes this a wait within a wait situation, due to the fact that there are still 9 months left until Star Wars Episode VII: The Force Awakens hits theaters.

While that’s certainly a lot to keep up with, it only adds to the plate of Star Wars fans who must be wondering what the heck they can do to pass their time until 2017. But if anyone knows Star Wars fans, they are an undeniably dedicated group, not to mention extremely creative and fiercely protective of their love for the longstanding franchise. That said, I intend to remain on all of their good sides by wishing them well in this two-year quest to remain patient and faithful that Episode VIII exceeds their expectations.

In the meantime, they need to stay focused, so here’s a list of 6 things Star Wars fans can do until Episode VIII hits theaters:

I need someone to pull off more of these Star Wars-themed proposals and wedding. Get this trend poppin', Star Wars fans! Oh, but good luck one-upping this guy's Darth Vader assisted proposal.

Memorize the lines to The Force Awakens (in theaters on Dec. 18), create a new and improved lightsaber, cover your body in Star Wars-themed tattoos. Do anything, ANYTHING, but give in to the temptation of spoilers.

Odds are, die-hard Star Wars fans probably do this on a regular basis, but have no problem doing it again.

Write Your Own Star Wars Episode

Are you totally not feeling the casting for Episode VII? Anyone other than Samuel L. Jackson want Mace Windu revived? character to be revived? Resolve your personal gripes with the film by writing your own episode.

Attend as Many Star Wars Conventions as Possible

Two years is more than enough time for Star Wars fans to fully re-commit themselves to the Jedi lifestyle.

Because 20 new Star Wars books are on the way, and because Darth Vader says so.

More like this
Hayden Panettiere Will Return For 'Scream 6': "We F*cking Won, Scream Fam"
By Jack Irvin and Jake Viswanath
'Avatar 2' Now Has A Teaser Trailer & Release Date
By Jack Irvin and Alyssa Lapid
Elizabeth Olsen's Chris Evans Friendship Update Was Accidentally Hilarious
By Grace Wehniainen
Wait, Did Wanda Die In 'Doctor Strange And The Multiverse Of Madness'?
By Arya Roshanian
Get Even More From Bustle — Sign Up For The Newsletter