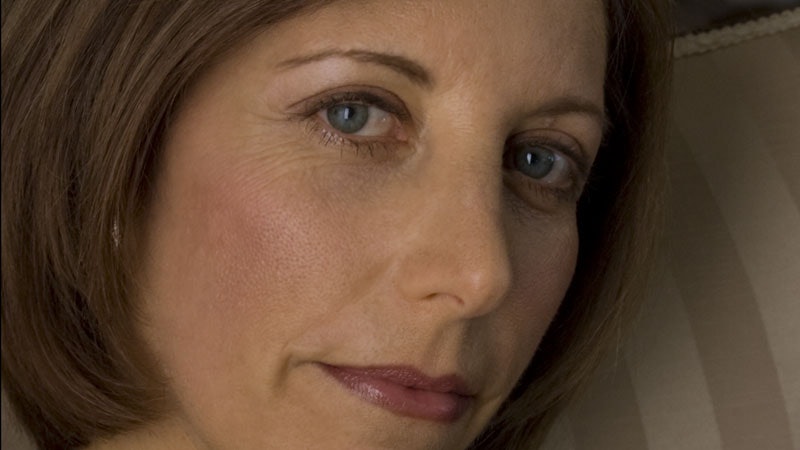 It’s pretty unlikely that you thought your parents were the coolest people on the planet as a teenager. You probably thought they were the most out of touch, embarrassing human beings to ever walk the earth — at least for a few years. You probably loved them, but that’s very different than understanding and wanting to share every thought that passes through your head with them.

When you move away from home, though, a funny thing happens. You start to see your parents as human beings instead of clueless robots who listen to lame music and wear Mom Jeans. Sometimes it seems impossible for parents and kids to get each other, which is one of the central themes of Rachel Basch’s new novel The Listener (Pegasus).

The book starts with college freshman Leah, a young blonde woman who is fidgety and full of nerves as she sits across from therapist Malcolm Dowd in his shared office at the Center For Behavioral Health on campus, which is decorated with framed Roz Chast cartoons and a Rubik’s Cube.

Pretty soon “Leah” removes the wig she’s wearing and shows Dowd that she’s really Noah, a male student that Dowd was treating a few months back. The Listener alternates between Dowd and Noah’s perspective, as Noah struggles with his gender identity and Dowd grapples with the long-ago death of his wife, his own loneliness, and his fraught relationships with his two college-age daughters, Leah (not to be confused with Noah) and Susannah.

“It was hard to stand up for yourself when you didn’t know who your self was,” Noah says.

Noah’s story is heartbreaking and compelling as he tries to accept the fact that he feels most like himself in women’s clothing. “It was hard to stand up for yourself when you didn’t know who your self was,” Noah says. He’s filled with “shame” and “disgust” when he thinks of himself. “Kids like me kill themselves,” Noah tells Dowd. His pain is almost visceral, and the potential violence around him feels palpable. One night as he’s walking across campus, Noah is grabbed by another student who yells, “What the fuck are you anyway?” Noah can’t answer, partly because he’s afraid for his life, and partly because he doesn’t know. Or, he does know, but he’s terrified to become who he is.

Dowd has his own struggles, and he serves as a sort of surrogate father to Noah, whose own father died of a stroke when Noah was a baby. Noah feels like he can’t confide in his stoic, Buddhist mom, and so he feels completely alone and adrift in the world. He says he feels like he’s on one of those moving walkways at the airport, only everyone else in the world is on another walkway, moving in the opposite direction.

The Listener is a story about sexuality and gender identity, and how these things shape us. It’s also about parents and kids.

The Listener is a story about sexuality and gender identity, and how these things shape us. It’s also about parents and kids: The misunderstandings, the need for approval, and the fact that it can be hardest to understand the ones you really love. There are a few plot twists and character reveals that feel a little convenient, but overall Basch’s book is a sensitive, absorbing story about the need to be heard and the ability to listen, even if your parents sometimes feel like strangers. Both Noah and Dowd are haunted by the loss of their fathers, and those phantom relationships inform their character and their sense of self.

“He wondered what it would be like to need next to nothing to accurately reveal yourself,” Basch writes about Noah. “His uncle only needed his hunting jacket and a few days’ growth of beard to reflect to the outside world how he felt inside…” Slowly, with effort, Noah moves closer to revealing who he really is, with the help of Dowd, his one friend from school, and the person he feels alienated from but needs most of all — his mom.

More like this
TikTok's Spooky 'Heartstopper' Fan Theory Will Make You Question Everything
By Nola Ojomu
Conversations With Friends' Endometriosis Scenes Are As Brutal As It Gets
By Ivana Rihter
The 43 Best Mystery Books To Read Now
By Morgan Leigh Davies
10 Must-Read New Books Out This Week
By K.W. Colyard
Get Even More From Bustle — Sign Up For The Newsletter