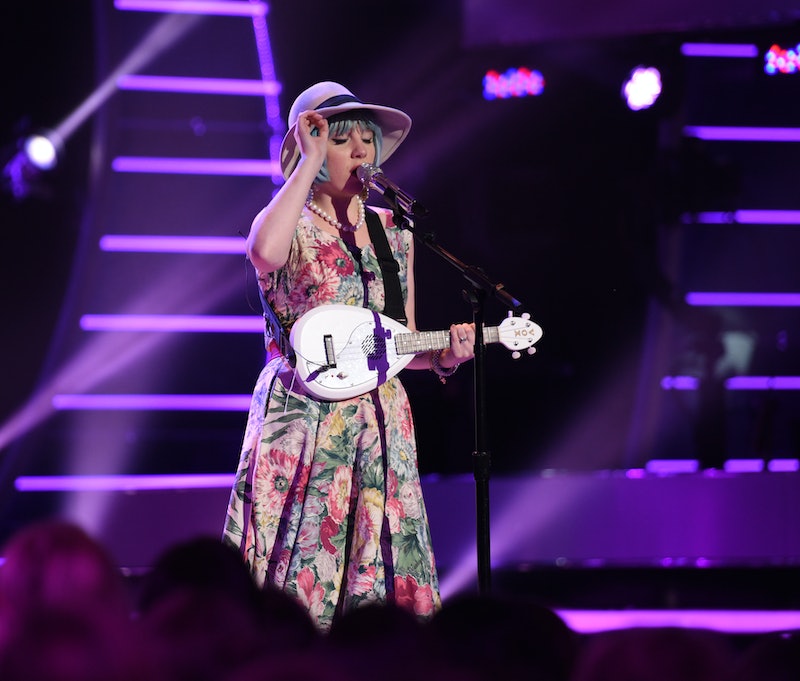 American Idol is all about quick cuts this season. Last night, the contestant pool was cut from 16 to 12, and tonight we'll be losing one more artist. But one contestant that isn't going home yet is 23-year-old Joey Cook — and America totally got it right with this one. Cook is so incredibly original that I thought she might be too much for the voters, who tend to vote for modern pop artists, to handle. But thankfully she has won over the "kiwis" of the world, because this girl deserves to see her name in lights — and her performance of Iggy Azalea's "Fancy" showed us why.

Last night's Top 12 results shocked me because they didn't include several extremely talented performers and artists. But Joey Cook was one of the true artists that made the cut, and tonight's performance really showed us the power of her originality. Cook took one of today's most recognized songs and turned it into a 20's swing song — and, yes, it's as amazing as it sounds.Though this wasn't her own arrangement, she immersed herself completely into the performance and made it hers. I was so captivated by her performance that I just had to rewind and watch it again because it was that good. The audience clearly loved it, too — with their "JOEY, JOEY" chant, I thought they would give her the trophy right there.

Cook has all the makings to become a star. Scott Borchetta, the President & CEO of Big Machine Records (home of Taylor Swift), even called Cook "a real artist." If that doesn't mean she's destined for greatness then I don't know what does. The Virginia native breathes her personality into every song she sings, and that's what makes her stand out in this competition. Whether she wins this competition or not, Cook has big things in her future. Let's hope that one of those things is an album full of her own takes on modern songs — because seriously, I just can't get enough of this cover.