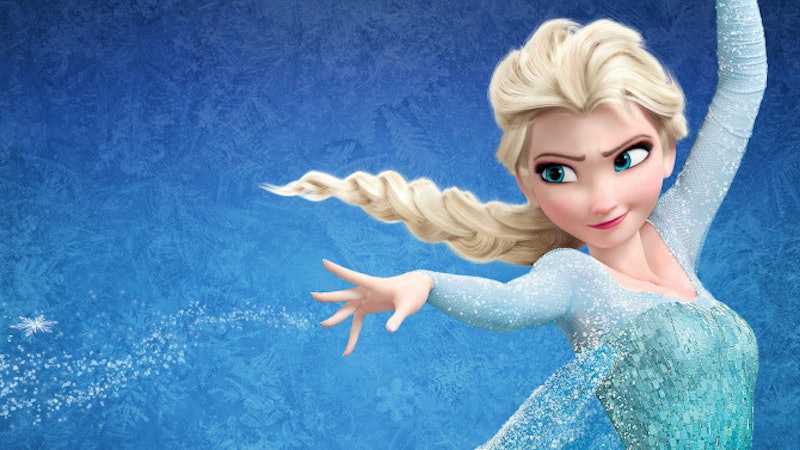 As Disney sets the stage for its upcoming Frozen sequel, we can practically hear the squeals of delighted children, the groans of frustrated parents, the “Let It Go” arias of enthused theater folk, and the admittedly anachronistic cash register sound effects chiming from within the minds of studio execs. And as we play audience to this vast orchestration of Frozen fandom, we can’t help but wonder: what made this movie so successful?

Believe it or not, no Disney princess movie has ever earned a theatrical sequel. In fact, Frozen’s forthcoming second chapter will be the first big screen follow-up since The Rescuers Down Under, Walt Disney Animation Studios’ only outing of the sort to date. But how did the 2013 picture earn this designation? Was it Frozen’s empowering message, catchy tunes, or impressive voice cast including Idina Menzel and Kristen Bell? Or maybe instead of one solitary reason, it’s that Frozen represented the ultimate recipe of Disney ingredients?

Frozen is chock full of “traditional” Disney princess movie elements, taking form in its central characters, plucky sidekicks, love stories, and magical phenomena. We’re not quite sure if any other movie fills out the checklist quite as comprehensively as Frozen does, which might well be the reason that the wintry fairy tale has sparked such acclaim.

Take a closer look at the Disney princess lineup.

The Princess Who Wants More

The plucky, ambitious, adventure-hungry heroine is a staple of latter day Disney outings. Frozen has one of these in central character Anna, who wants to break free from her oppressive lonesomeness and celebrate life with her sister Elsa.

The Little Mermaid: Ariel’s whole shtick is that she wants to ditch her life of material luxury and be part of the ostensibly more exciting human world. (Did no one ever tell her that there aren’t any talking crustaceans and spell-casting octo-people in the human world? It’s way more exciting under the sea.)

Beauty and the Beast: Belle isn’t yet a princess at the beginning of her movie, but she is living rather comfortably in a pretty peaceful town. But that’s not good enough for this uniquely literate weirdo; she wants adventure… though she’ll settle for fancy dinner parties in a big house, I guess.

Aladdin: Jasmine pretty much lays this theme out when she yells, “I am not a prize to be won!”

Mulan: Kinda. It’s not so much that she’s thirsting for adventure when she heads off to war in her father’s stead, but that she’s just trying to keep her family safe. That said, the endeavor becomes more and more about feminist empowerment as the movie carries on.

Tangled: After being holed up in a tower attic for 16 years or so, Rapunzel just wants to go out and see a light show. But come on, baby steps.

Brave: Spiting what is expected of your proper royal Scotswoman, Merida likes to shoot things.

On the contrary, some princesses appreciate the lap of luxury. Elsa, for instance, just wants things to stay quiet and calm, and maybe to rid herself of that pesky “turning things to ice” dilemma (at first).

Snow White and the Seven Dwarfs: Snow White doesn’t really seem to want much of anything at the beginning of the film, save perhaps to pick some flowers and avoid the wrath of her wicked stepmother.

Cinderella: Her life is mostly emotional abuse and manual labor, so she’d trade it all to marry some rich dude and live in a castle. Who wouldn’t?

The Princess and the Frog: She’s running a business practically single-handedly. A little extra cash (and some time off) would be nothing to sneeze at!

In the opening montage of Frozen, Anna and Elsa’s parents die at sea. For whatever reason, Disney is big on dead parents.

Snow White and the Seven Dwarfs: Both parents are dead, hence her custody going to that nefarious stepmom.

The Little Mermaid: Ariel has a dad, but her mom is out of the picture.

Beauty and the Beast: Ditto.

The Princess and the Frog: This time, it’s the dad who’s out of the picture.

Tangled: Both of Rapunzel’s biological parents are still alive, but she was taken from them as a baby.

After generations of celebrating a wide array of similarly designed debonair princes, Frozen turned the trope around by making its handsome and suave royal a certified villain. But the prince has seen highs and lows alike throughout Disney history.

Snow White and the Seven Dwarfs: The prince. (This dude is so dashing he doesn’t even need a name.)

The Little Mermaid: Prince Eric, who is so unconcerned with his potential mate’s personality that he doesn’t even seem to notice that she can’t talk.

Beauty and the Beast: Prince Adam, a.k.a. The Beast.

Aladdin: Prince Ali… granted, that’s a phony alias, but it does the trick.

Pocahontas: In absence of a bona fide prince, the de facto role here would belong to Kocoum, the approved mate for Pocahontas in the eyes of her father and culture.

The Princess and the Frog: Prince Naveen.

Alternatively, we sometimes find the princess falling for — or at least canoodling with — a man far beneath her class distinction. Frozen treats us to this storyline with ice-chopping orphan Kristoff.

Snow White and the Seven Dwarfs: The huntsman, who earns a much grander role in the live-action remake that hit theaters in 2012 than he does in the Disney cartoon.

Beauty and the Beast: Gaston, the brutish drunkard who surveys the French countryside looking for trouble and vying for Belle’s affection.

Aladdin: Aladdin, once Jasmine realizes that he’s not actually a prince.

Tangled: Flynn Rider, a genuine bandit who, by virtue of being the only other human being she has ever met, catches the eye of Rapunzel.

Snow White and the Seven Dwarfs: The various birds and chipmunks and so forth that dress her.

Cinderella: Her team of rodent seamstresses.

The Little Mermaid: A timid fish, a doofy albatross, and a silver-tongued lobster.

Beauty and the Beast: Belle has a horse, though he doesn’t play a particularly vital role.

Pocahontas: She’s got a raccoon and a hummingbird, neither of whom speak.

Mulan: A cricket. Of all animals to trust to sustain months at war, Mulan brings a cricket.

The Princess and the Frog: Aside from the eponymous amphibians, this one has a singing crocodile, a prescient firefly, and a ravenous dog.

Tangled: Rapunzel has a chameleon, and Flynn has a consistently insubordinate horse.

The Magical Creatures of Lore

When you’ve got no place to turn, it’s nice to have a mythical being living close by. Anna and Kristoff, for instance, seek advisory from a community of magical trolls in hopes of saving the former’s sister from her own curse.

Cinderella: The kingpin of the trade, Cinderella’s fairy godmother.

The Little Mermaid: Well, they’re all mythical beings here, but Ursula, albeit evil, lays claim to this position.

Aladdin: The genie, no doubt.

The Princess and the Frog: Voodoo priestess Mama Odie, the “good” to balance out the villainous Shadow Man’s evil magic.

Brave: The cave lady who keeps on turning everyone into bears.

The Inanimate Object Come to Life

A slightly rarer phenomenon in Disney animation, but one that rears itself in Frozen nonetheless, breathing vivacity into sweet-natured snowman Olaf.