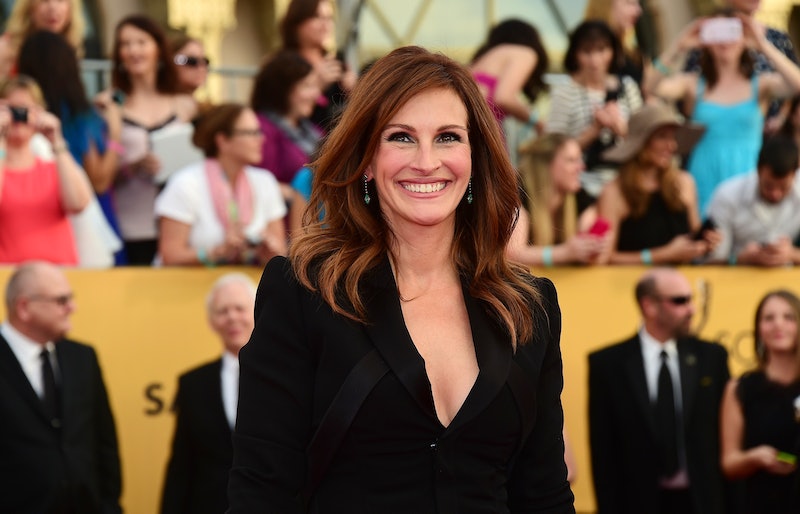 Pretty Woman is one of those movies that I’ll always sit down and watch if it’s on television. Never mind that I have it on DVD, and it’s available instantly on my Netflix: There’s something about watching it on cable and being able to take a commercial-break trip to the bathroom or the kitchen that’s very freeing. Now that the movie is celebrating its 25th anniversary (which, huh? Did none of the stars age?), I started to think about what it would have been like had some important aspects of the film been swapped, like, say, Julia Robert’s character, street-smart prostitute Vivian, was a man, and Richard Gere’s character, cold businessman Edward, was a woman. How different would the “down-on-her-luck hooker” storyline of the film be if we flip-flopped the genders of the stars? How would it have to be tweaked to make it sell to the American movie-going public?

Well, things would get pretty sexist. Not to say that the movie already doesn’t have sexist undertones (Vivian is judged for her open sexuality, she’s made to change who she is to fit into Edward’s world, etc.), but one change of who is wearing the pants and you’ll be able to say “well, this is problematic” in no time flat. Let’s explore these themes, shall we?

For clarity’s sake, let’s call the male prostitute lead Victor (which kind of sounds like a gigolo name, no?) and the cold businesswoman Edwina. Victor is a young actor, trying to make a name for himself and just down on his luck between gigs. He could wait tables, sure, but being a companion is more lucrative and he gets to make his own hours — he, like in the original film, doesn’t have a pimp (autonomy!). The whole meet-cute in the Lotus wouldn’t happen: Instead, Victor would pick up Edwina in the bar of the Beverly Wilshire. She’s all alone on a business trip, sulking into a glass of pinot grigio due to a recent breakup where a guy called her “cold” and “demanding”, when a particularly aggressive suitor nags her for her number. Fortunately, Victor is there to save Edwina, pretending to be her boyfriend to get rid of this guy. There’s a meet-cute if I ever heard one.

Because he’s so well dressed, she doesn’t realize at first that he’s working her — Edwina thinks she’s met a guy in Los Angeles. The two continue to talk, and she is lonely, single, and likes him. Of course, the same “getting-to-know-you” period would apply. She would rent out his services, they would under no circumstances kiss on the mouth, yadda yadda. Peers see Edwina as steely and uncaring, mostly because bitches get stuff done and they can't handle her success: her tight chignon also shows this. She takes Victor to a business dinner, just as in the original film, because strong businesswomen threaten some businessmen. She thinks having this hot guy by her side will soften her competitors, like, “oh, she does have feelings!” This really robs us of the “Big mistake… huge!” scene, because if Victor already has nice-looking clothes, there are no snotty salesgirls to rebuff him! Sigh.

Anyway, Edwina and Victor go to events together, spend time together, and, you know, fall in love or whatever. By the end of the film, Edwina has her hair down, showing that she has gotten her groove back and is a more relaxed human being. Victor gets out of prostitution, bolstered by his new leading lady, and everybody wins, right?

Not really. Thank the lord that this wasn’t the original storyline, right? A strong female character like Vivian is much more satisfying (even if she does fall into the rom-com trope at the end) than another “she was uptight until she found the right man” tale. Now, if you’ll excuse me, I’m off to watch Pretty Woman until I can quote it in my sleep (oh wait, I already can).