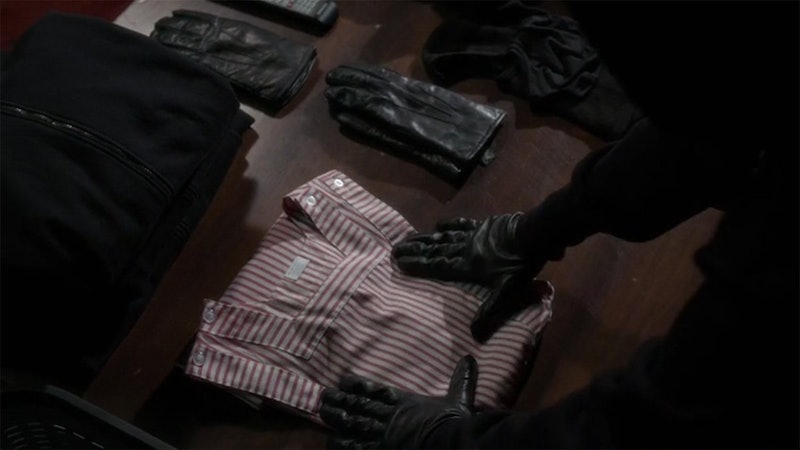 After five seasons of intrigue, clues, red herrings, and suspicious characters, Pretty Little Liars has inspired countless theories among its fans. With every piece of information revealed, you get a little closer to the truth and add another piece to that ever evolving theory. But what if your theory is actually about more than A's possible identity? Just like your favorite Liar or 'ship can reveal a lot about you, that PLL theory you've worked so hard to craft may actually reflect your personality.

Just think about the sheer volume of theories out there — something has to draw you to that one you so fervently believe in. You may think you support that theory simply because it makes the most sense, but there have been so many clues over the past five seasons that can be taken so many different ways, there has to be more to it. Whether you're totally sold on one of the Liars themselves being Big A, suspect Mona never quit the game, or have been closely watching a minor character for anything remotely fishy, you're faithful to that theory for a reason.

Here are some of the most popular PLL A theories out there, and what they say about the fans who create and believe in them.

If you think Aria has been A all along, you're dedicated and can't be swayed easily. You probably latched onto this possibility shortly after PLL began and have been steadfast in your belief ever since, with every A appearance, spoiler, and hint strengthening your resolve. When you meet someone, first impressions are key, so anyone who wants to be your friend should always put their best foot forward.

You don't believe in second chances. If someone betrays you, that's it. There are no excuses for lying or being mean, and you still can't believe the Liars let Mona back into their lives in the first place.

One Of The Parents

You won't let the man get you down. Every time one of the Liars actually listens to her parents, you shake your head, disappointed she'd let someone else tell her what to do. Whatever you think of Alison, you at least respect her rebellious spirit and have considered running away under a name inspired by your favorite book at least once.

Besides the obvious (Ezria is your NOTP), if you think Ezra's book excuse didn't quite add up, you have a naturally suspicious nature. You try to see through all the smoke and mirrors to understand who people really are, and can tell when someone is putting up a front.

Any Other Love Interest

You've been through a bad breakup and it takes a lot for you to let anyone in. Did Maya really love Emily? Did Toby ever really leave the A team? You have your doubts — a lot of them.

You like things on a grand scale. A being a character we already know is just too simple for you — it has to be something much more complex. You spend a lot of time on Tumblr, trying to piece together every clue you can find and creating even more evidence to support your intricate theory, because simplicity is overrated.

The opposite of a twin theorist, you go by Occam's razor: the simplest solution is probably the right one. Everything traces back to Ali, so it has to be her, right? You shake your head at overly detailed theories online while drinking black coffee in a plain white tee.

People usually underestimate you, and though it gets annoying, you've learned to use it to your advantage. You think Hanna is hands-down the best Liar, and should be A simply because it will teach everyone a lesson about judging others too quickly. You appear unaffected on the outside, but on the inside, are constantly thinking (and molting).

When you love someone, you can look past all of their flaws and just see the good in them. That also applies to your favorite PLL characters, so you couldn't possibly imagine any of the Liars or their significant others or their parents hurting them — it's just not possible. The glass is always half full and even the world of Rosewood isn't that cruel.