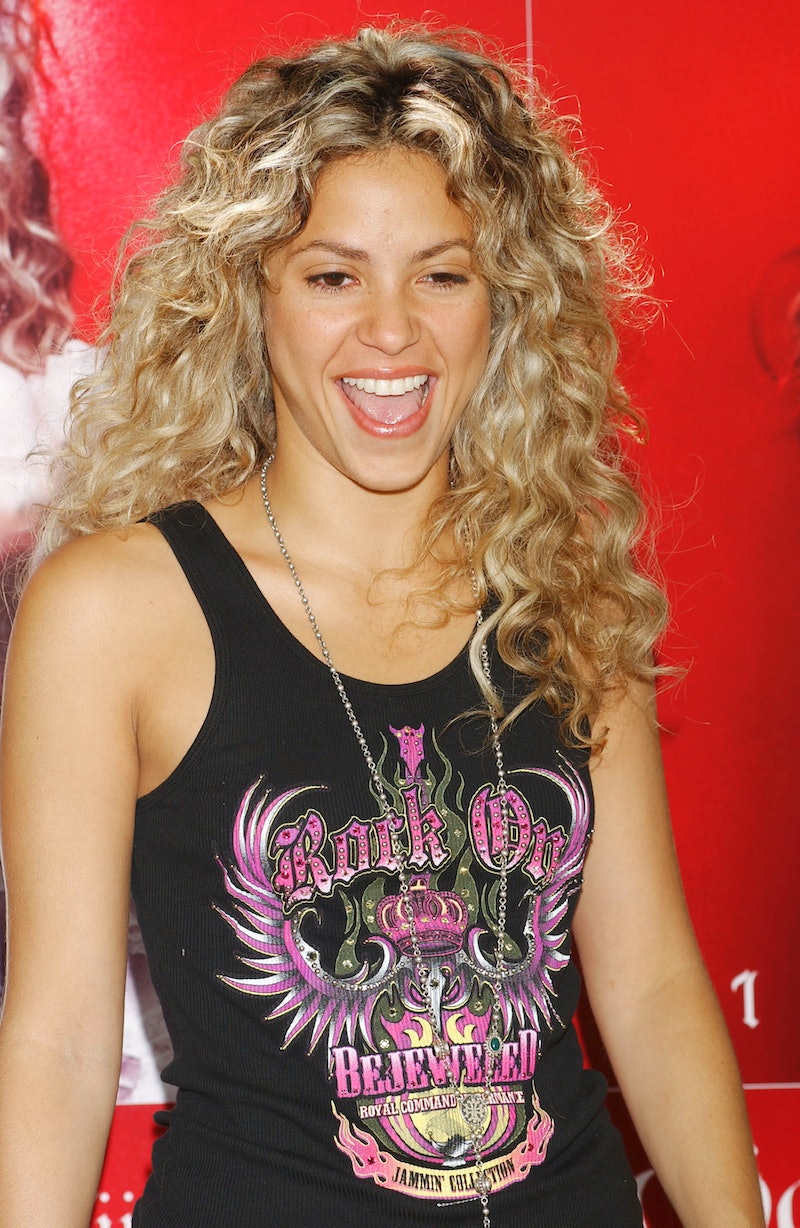 I’ve the spent the better half of the last 24 years trying to tame the curly hair I was born with. Childhood pictures suggest a frizz ball trying to hide in a Pebbles Flintstones up-do until age five, when I (my mom denies any involvement) discovered that one could conceivably brush their curls out with a paddle brush and instead of carefree ringlets, have a head of feathered frizz. When a classmate called out my pigtails for being “too puffy” in first grade, I stopped brushing my curls out and instead concealed them in ponytails of various angles, as well as the occasional French braid. I learned to accept my waves in my late teens, and with the help of a $3 drugstore gel, I started wearing it down in a very crunch and glossy ‘do in high school.

The saying that the grass is always greener on the other side has never held truer than it has in regards to my relationship with hair. As often as my laziness doesn’t hinder me, I straighten my hair. I’ve gone through many flat irons in search of one that minimizes time but maximizes sleekness and shine. I found my current product three years ago — a titanium godsend that was so effective in its first run that it set off my college dorm’s fire alarm twice in a row.

I almost entirely betrayed my curls this past November when I got a keratin treatment (formaldehyde-free!) that let me experience the miraculous feeling of watching my just-showered hair dry straight. Thanks to winter dryness and a reliable floral shower cap, my hair stayed relaxed longer than the intended six weeks, but started wearing out a few weeks ago, when it reached an identity crisis. Was it straight or was it curly? It couldn’t commit — it dried wavy but flattened itself out over the course of a day. I had soft waves on top but tight ringlets underneath my layers. My sister said it was weird — I agreed.

I had three options: Continue experimenting with my semi-relaxed hair and try to induce it to choose a side every day. Take my flat iron for a spin each morning. Or commit to curls. I immediately ruled out option two for the sole reason that three months of chemically straight hair had left me too lazy to manually run an iron through it. I toyed around with the first option for a few days. I went to bed with cursory cornrows and woke up with crimped hair that lost its spunk by noon. And I wore a wool hat around my apartment to flatten my locks. I could’ve continued coming up with crafty ways to force my hair into choosing a side without the help of heating tools, but I missed my old hair. When my curls weren’t frizzy, they were fun. They had the potential to be like Shakira’s or a season two Carrie Bradshaw. I wanted them back, so I went to Devachan Salon — a byproduct of the hugely successful Deva Curl brand.

I’ve known about the curly hair specialist for years. "Devachan" is a buzzword among women with natural curls. Sure, mention the name in front of someone with straight hair who complains of having “not enough volume” and they’ll give you a blank face. But drop it in front of someone with kinks and frizz and they’ll either have gone there themselves or know someone who has. Personally, I come from a family of kinky-haired members. My mom uses their products and my sister, who doesn’t flirt with flat irons as much as I do, has had a few styling sessions there, too. As someone who traditionally considers blowouts to be the best part of haircuts, I had never before entertained the thought of leaving a salon with my hair styled curly.

And boy, was I ignorant and vain. When I arrived at Devachan this past weekend with my hair in full identity crisis mode, I met with a stylist-slash-curl doctor who had been assigned to me based on the details of my hair that I had shared before my appointment. Once at the salon, we talked about the history of my hair and my feelings towards curls. I showed her pictures of it at its best and most Shakira-like, told her the various ways I’ve styled it over the years, and discussed how comfortable I am with volume. Throughout the course of our conversation, I realized that I like the waviness of curls but hate the volume. I was excited to see how well she could define my curls by sticking to the notion that bigger is not always better.

Instead of whisking me off for a shampoo, my stylist started cutting my lackluster hair as it was. After snipping an inch and giving me long layers, she sent me to the shampoo chair, which at Devachan is more of a conditioning chair. Instead of a lathering shampoo, the Devachan hair routine calls for silicone-free cleanser appropriately named No-Poo. Another stylist cleansed and combed through my hair with this and a light gel, then sat me under a hair dryer with the strict instruction of not touching my head.

An hour later, my curls were back — more defined and less frizzy than ever. They were dressed up in a way I had never seen, or let them be. And although there was a lot of product in my hair, it looked natural. That’s not to say I’m abandoning my flat iron — I’ll never be able to resist the sleekness of straight hair. But I do have more faith in my curls. I know what they’re capable of now, in quite a good way.