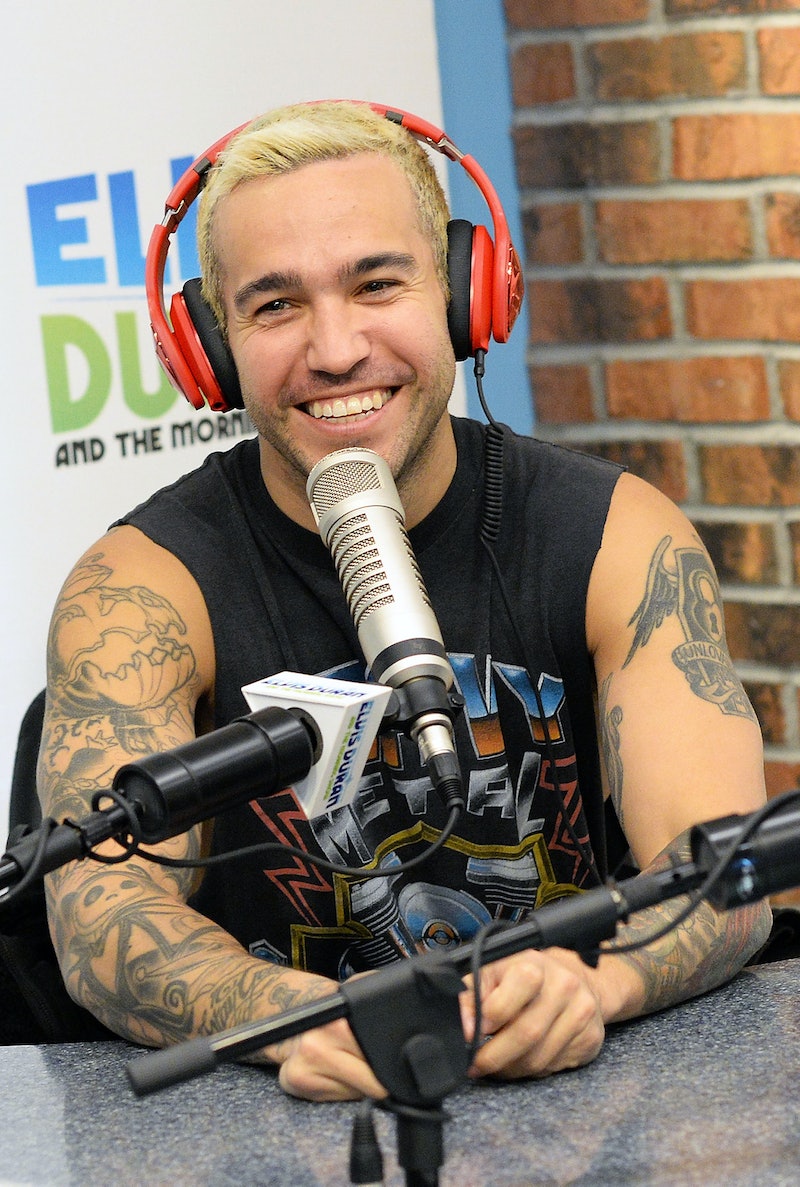 Kanye West has had his fair share of critics in the fashion world, ever since his debut at Paris Fashion Week four years ago, to his most recent Adidas Originals collection in New York. But there is someone — who also happens to be a fellow musician — who fully supports what West is trying to accomplish outside of his music career. During an interview with ET Online, Fall Out Boy's Pete Wentz defends Kanye West as a legit fashion designer.

"He definitely deserves respect," Wentz says. The Fall Out Boy rocker attended West's New York Fashion Week show last month along with other celebrities, including Jay-Z, Beyonce, and Rihanna. "It was like a fashion show from the future, which was kind of insane and very cool to see. And it's cool to see there's one guy that can move the dial — you know what I'm saying?"

Wentz went on to compare West to another pop culture icon who didn't start his career designing shoes, but is now known as the godfather of highly coveted sneakers. "It's really crazy but he's launching a shoe and, besides [Michael] Jordan, it's like the only shoe anyone talks about, which is insane that one person can do that." With that kind of admiration, we could only hope that Wentz at least gets free kicks from West, right? However, it doesn't look like he needs a pair at all. "I like the shoe, so I already got it," he says.

Wentz previously dabbled in fashion when he launched his own clothing line Clandestine Industries back in 2006.