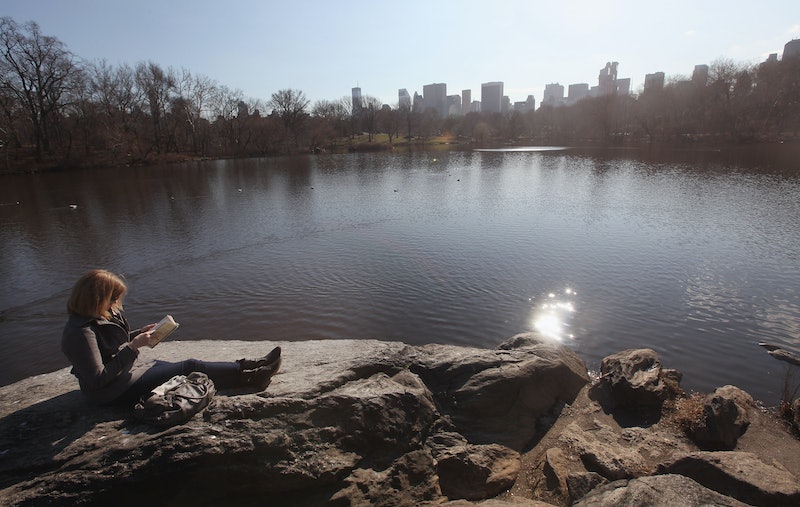 Has any American city captured the hearts of writers quite the way New York has? Sometimes for better, other times for worse, the Big Apple is often as integral within a story as the characters themselves. Immersing oneself in a New York City book set in the ever-evolving landscape can be just as enriching as a history lesson when it comes to understanding a certain era of its colorful past.

New York means so many different things to so many different people; for some, Gotham may be a far-off place, a symbol of urban culture to be romanticized or demonized. But, for those of us who live (or have lived) in the city, love-hate relationships as tempestuous as MTA delays and monthly utility bills run rampant. Whatever New York means to you, though, it's still hard to resist being pulled in by the city's gritty allure, or ruminating over its patchwork quilt history without desiring a closer look.

These 10 books from the past ten decades, beginning with the 1920s, give us a glimpse into a point in time in the city that never sleeps.

A tale as unpredictable as an improvised sax solo, Toni Morrison's novel unfolds against the backdrop of the Harlem Renaissance, when music and artistic expression ruled the streets of Manhattan. Bristling with romantic drama and cultural tension, Jazz provides the perfect springboard for diving into New York City's own Roaring Twenties.

The Red Leather Diary: Reclaiming a Life Through the Pages of a Lost Journal by Lily Koppel

Who knew dumpster diving could yield such treasure? When Lily Koppel uncovered a time-worn diary in the garbage of an Upper West Side apartment building, the writer was stunned to find it contained a veritable time capsule of 1930s New York life told through the carefully documented daily journal of Florence Wolfson Howitt as she navigates Manhattan in her late teens and early 20s.

Aside from giving us Holly Golightly, one of literature's most disarming protagonists, Truman Capote's iconic 1958 novella paints a fascinating portrait of society drama in WWII-era New York. Golightly's dizzying lifestyle features glimpses into some of the city's most glamorous socialite haunts and parties in the 1940s.

The Best of Everything by Rona Jaffe

Kudos to Rona Jaffe for breaking ground in 1958 when she published a then-rare look at women making their way in the workplace. The Best of Everything tells the stories of young women forging their careers in a New York City publishing company (a great read for those suffering from Mad Men withdrawal!).

Known widely for its Oscar-winning film adaptation, Herlihy's 1965 novel explores the seedy underbelly of New York in the 60s through a wide-eyed hustler named Joe, who moves from his native Texas to the Big Apple to seek his fortune, only to be swallowed by the dark side of the concrete jungle.

Who better to evoke the heyday of bohemian New York than Patti Smith? The singer and poet wrote her critically acclaimed memoir in 2010, revealing her deep personal relationship with photographer Robert Mapplethorpe as they journeyed together through the city's art scene in the late 60s and on into the 70s, when Smith would create her iconic album, Horses.

Ellis's twisted satire captures the Me Decade in all its excess by way of narcissistic Wall Street psychopath Patrick Bateman, who alternates his nights partying at exclusive Manhattan hotspots, reveling in '80s pop culture, and performing sadistic murders.

Girl in a Band by Kim Gordon

Kim Gordon's recently released memoir is a must-read for a "girl's" take on New York's punk scene. The book is already creating waves for its up-close depiction of alternative rock culture in Manhattan in the 80s and 90s during the rise of Sonic Youth, which Gordon herself founded.

The Emperor's Children by Claire Messud

It would be impossible to explore 2000s-era New York without acknowledging how the 9/11 terrorist attacks forever altered the fabric of the city. Messud's award winning 2006 novel places us in NYC in the months leading up to and immediately following the disaster, examining the ripple effect of that day on three privileged, yet lost, 30-year-olds.

Though set in the "near future," Shteyngart's satirical 2010 novel waxes poetic about the New York streets, Central Park, and towering skyscrapers we know today. Shteyngart's knack for using humor and hyperbole to reveal truths about contemporary American culture make this the quintessential novel for New York's modern era.